Massive government spending has decreased the value of the American dollar and triggered increased consumer prices, which economic experts said will only get worse.

Americans will continue to see higher prices across the board, from food and gasoline to home appliances and cars, as the federal government continues to propose more stimulus into the economy without an adequate plan to pay for it, according to several experts. Even if the government doesn’t pass legislation increasing taxes, higher prices ultimately amount to an “inflation tax,” some of the experts said.

“Over the past few months, we have seen an inflation rate that is much higher than where we’ve become accustomed to,” Heritage Foundation research fellow Joel Griffith told the Daily Caller News Foundation. “When we are going to the grocery store, going to the gas station, building our new home, we’re noticing that prices are really accelerating at a much faster clip than what we’re used to.”

Since January, prices have outpaced wage growth meaning Americans’ average salary isn’t keeping up with the cost of goods and services. While wages have grown 1% since the beginning of the year, consumer prices have grown 2.1%, according to government data.

Overall, inflation increased more between May 2020 and April than it has during any other 12-month period since 2008, according to a Department of Labor report released last week.

Lumber prices have tripled, the price of certain grocery items like chicken are expected to increase 8%, companies like Procter & Gamble, Kraft Heinz and Coca-Cola announced price hikes due to increasing commodity costs and gasoline is 62% more expensive than it was in 2020.

Meanwhile, the average price of gas nationwide has surged to $3.04 per gallon as of Thursday, according to AAA. The average price in 2020 was $1.87 per gallon, meaning Americans, whose car has an average 12-gallon gas tank, are spending $14 more every time they fill up.

While the cyberattack targeting Colonial Pipeline caused gas shortages, prices have increased since the hack, according to ABC News. Prices had also been increasing prior to the attack, reaching $2.87 a month ago, AAA data showed. 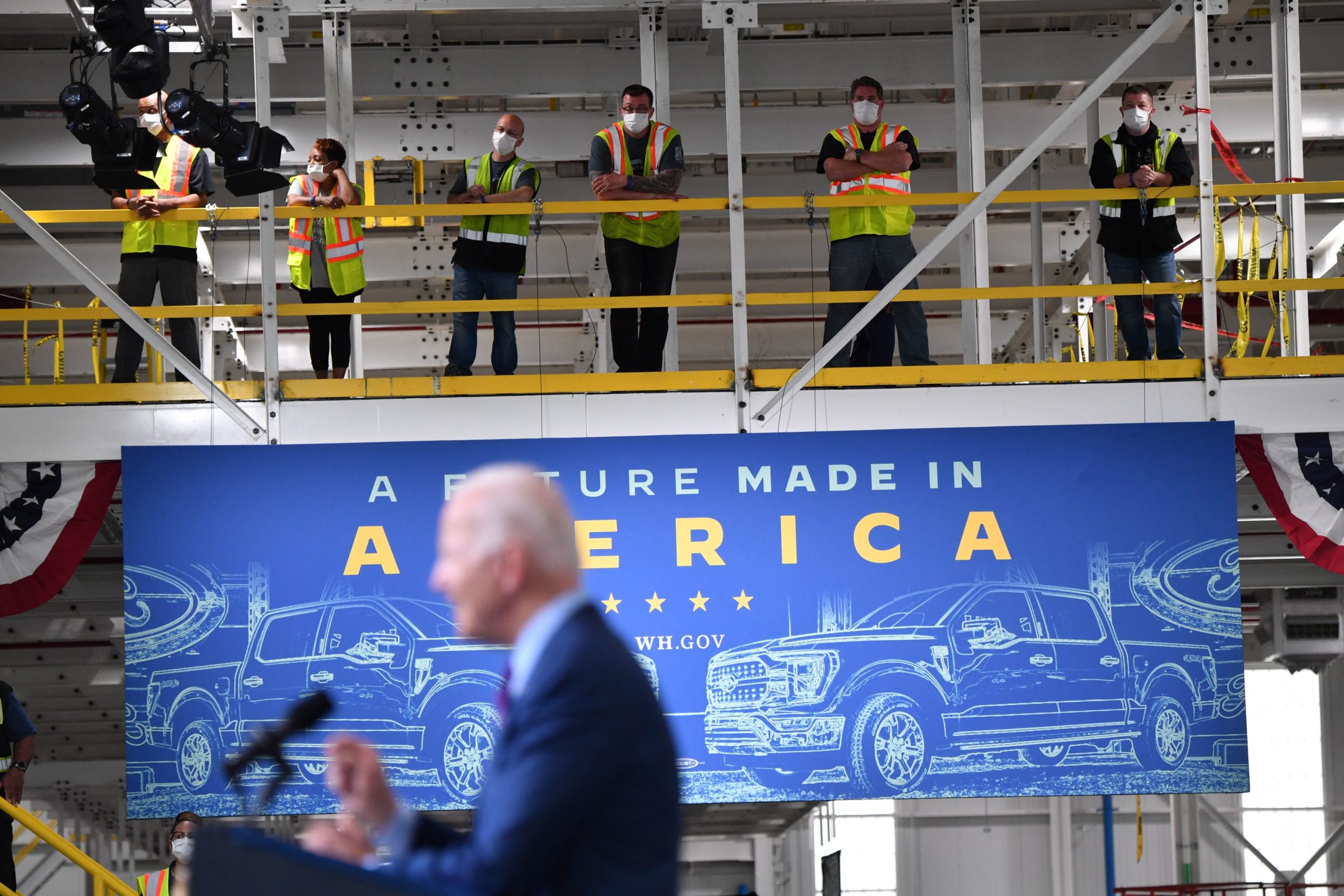 Workers listen to President Joe Biden speak about infrastructure at a Ford facility in Dearborn, Michigan on Tuesday. (Nicholas Kamm/AFP via Getty Images)

Former National Economic Council Director and Treasury Secretary Larry Summers warned that large spending could cause once-in-a-generation inflationary pressures in a February editorial published in The Washington Post. He said this week that inflation is increasing even quicker and sooner than he originally expected.

“The vast majority of these funds allocated so far do not actually address COVID itself or vaccination or health treatment,” Griffith told the DCNF, noting that the American Rescue Plan isn’t simply a coronavirus relief bill. “It’s a big problem. Those on the left are trying to use COVID as an excuse to pass this wishlist of progressive radical socialist items.” 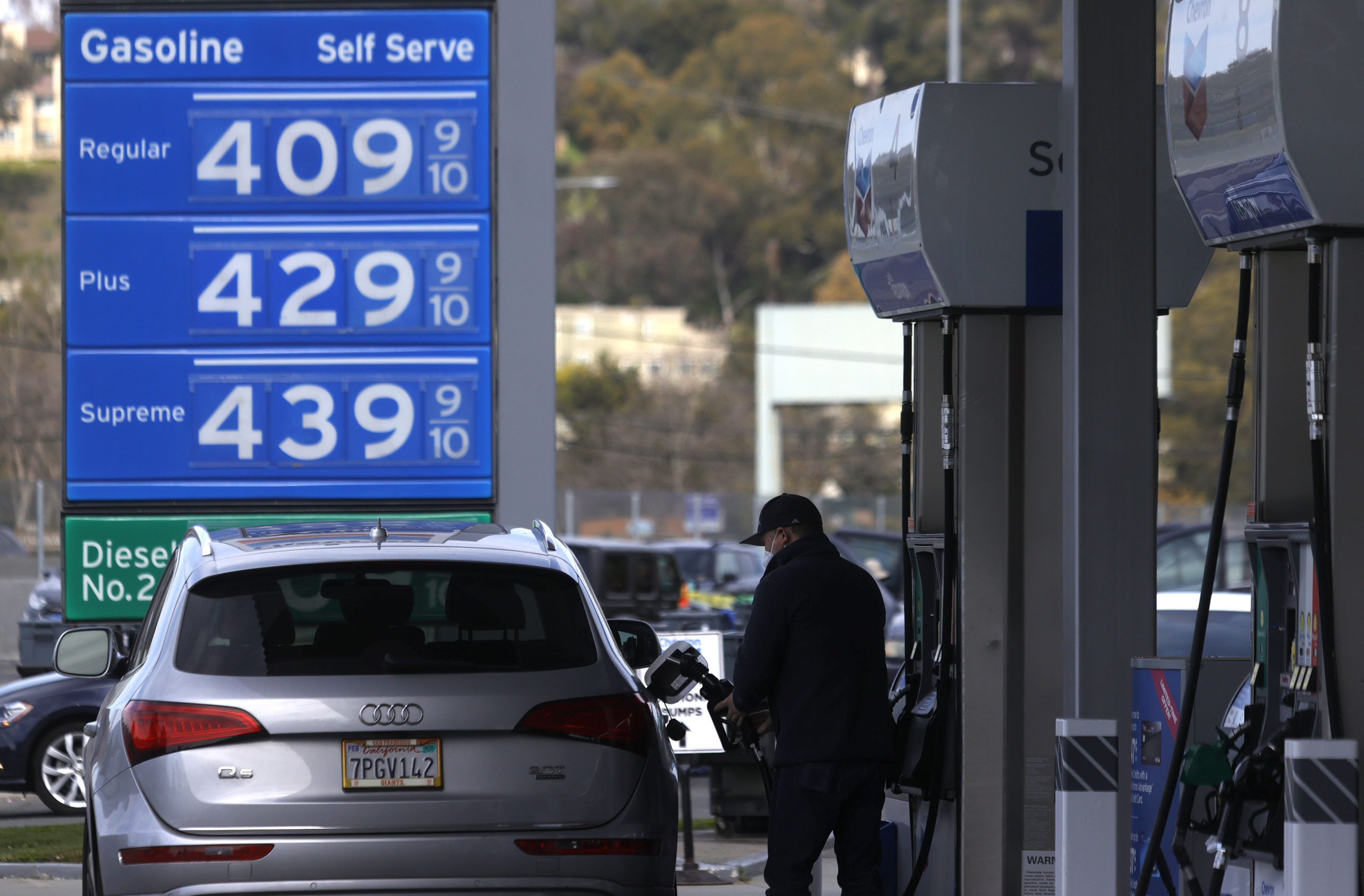 A customer pumps gas into his vehicle at a Chevron gas station in Mill Valley, California in March. (Justin Sullivan/Getty Images)

Peter Schiff, the chief economist and global strategist of Euro Pacific Capital, said there will be “massive inflation,” which will negatively impact Americans’ standard of living. Like Griffith and Summers, Schiff blamed inflation on the government spending money it doesn’t have.

“The 100% cause of inflation is the government,” Schiff told the DCNF. “It’s when the government spends money that it doesn’t collect in taxes and then the Federal Reserve monetizes the resulting deficits by printing money.”

At-home food costs are expected to jump by up to 2% this year while away-from-home costs could jump 3.5%, according to the Department of Agriculture. The price of wholesale pork and chicken are projected to increase by up to 7.5% and 8% respectively.

The Federal Reserve Bank of New York’s influential manufacturing survey released on Tuesday showed that prices have increased at a record pace. 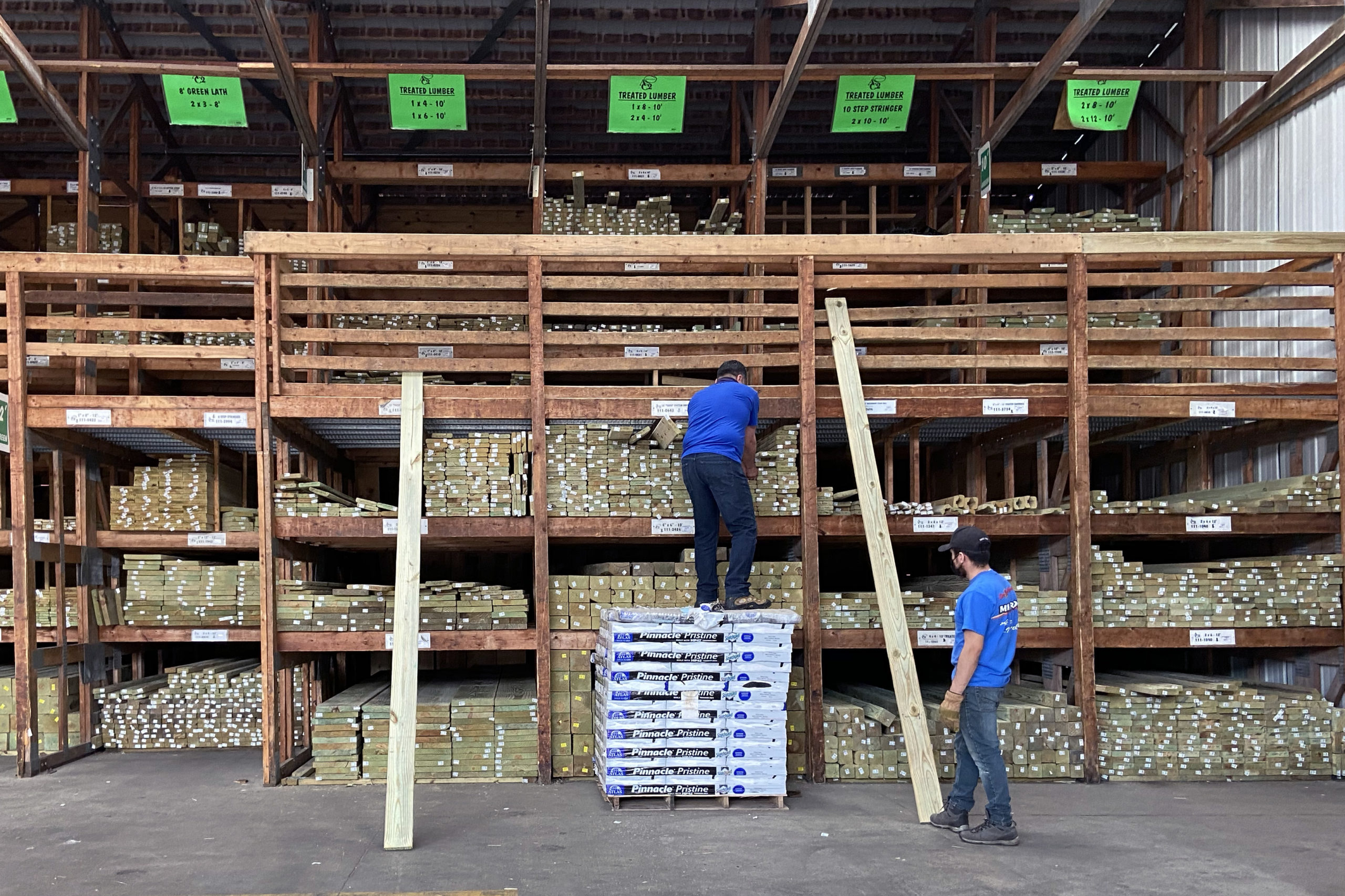 “Even if this is just a temporary phenomenon over a few years – let’s say you did have inflation at an elevated rate of – let’s say – 5% per year over the next three years,” Griffith told the DCNF. “That means after that three-year period, the value of the dollar that you have in your pocket now is worth about 20% less.”

Schiff said that the so-called inflation tax will wind up hurting the poor and middle class more than the rich.

However, Fed officials have maintained that inflation isn’t a concern. Fed Chair Jerome Powell said “upward pressure” on prices during the economic recovery are expected, according to Reuters.

While inflation could tick up slightly this year to a higher-than-usual rate, it will eventually return to a normal rate, Boston Federal Reserve President Eric Rosengren said in a recent speech. The Fed’s normal annual inflation rate goal is 2%, which it considers to be an appropriate level for encouraging individuals and businesses to make sound financial decisions.

But the Fed has shown signs of potentially changing its current monetary policy, CNBC reported on Wednesday. Throughout the pandemic, the Fed has chosen to keep interest rates low, a policy which encourages economic activity, but could spur inflation.

Low interest rates incentivize people to invest and take out loans, flooding the economy with cash and increasing prices, according to Harvard Kennedy School’s Shorenstein Center.