At least six prisoners were killed during rioting and fighting between rival gangs at a Guatemala prison, numerous sources reported Thursday.

Most of those killed at Granja Modelo de Rehabilitación Cantel, the prison in Quetzaltenango, were beheaded during the fighting that broke out late Tuesday, according to the BBC. The fighting was between the Mara Salvatrucha and Barrio 18 gangs.

“Preliminarily, the death of seven inmates is known,” the Ministry of the Interior said in a statement, according to Agence France Presse. The ministry called the clashes a “riot.” 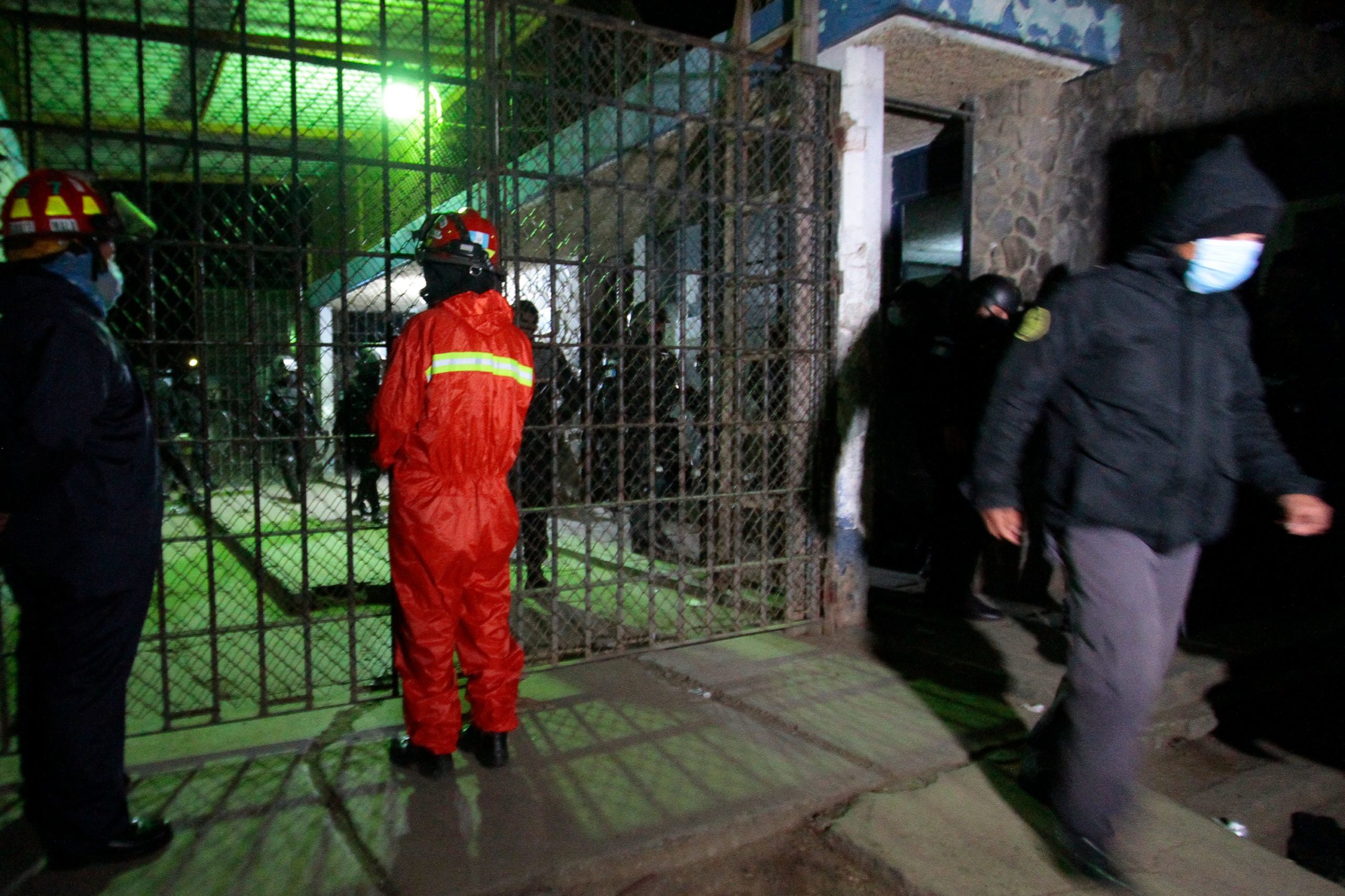 Municipal firefighters remain at the entrance of Cantel men’s prison in Quetzaltenango department 205km (128 miles) west of Guatemala City on May 19, 2021. (Photo by ALEXIS MORALES/AFP via Getty Images)

The prison holds 2,250 prisoners although it is built for 500, and roughly 500 police officers were reportedly sent to control the situation, although it was unclear whether they were successful, according to The Associated Press (AP).

Police said the violence broke out after one of the prisoners ordered an attack on a rival gang member after his wife was shot dead by two men on motorbikes earlier that day, according to the BBC. The police source reportedly said the prisoner who ordered the attack is serving a life sentence for murder.

Photographs from the prison after the violence showed several dismembered bodies that were dragged along the floor, The AP reported. 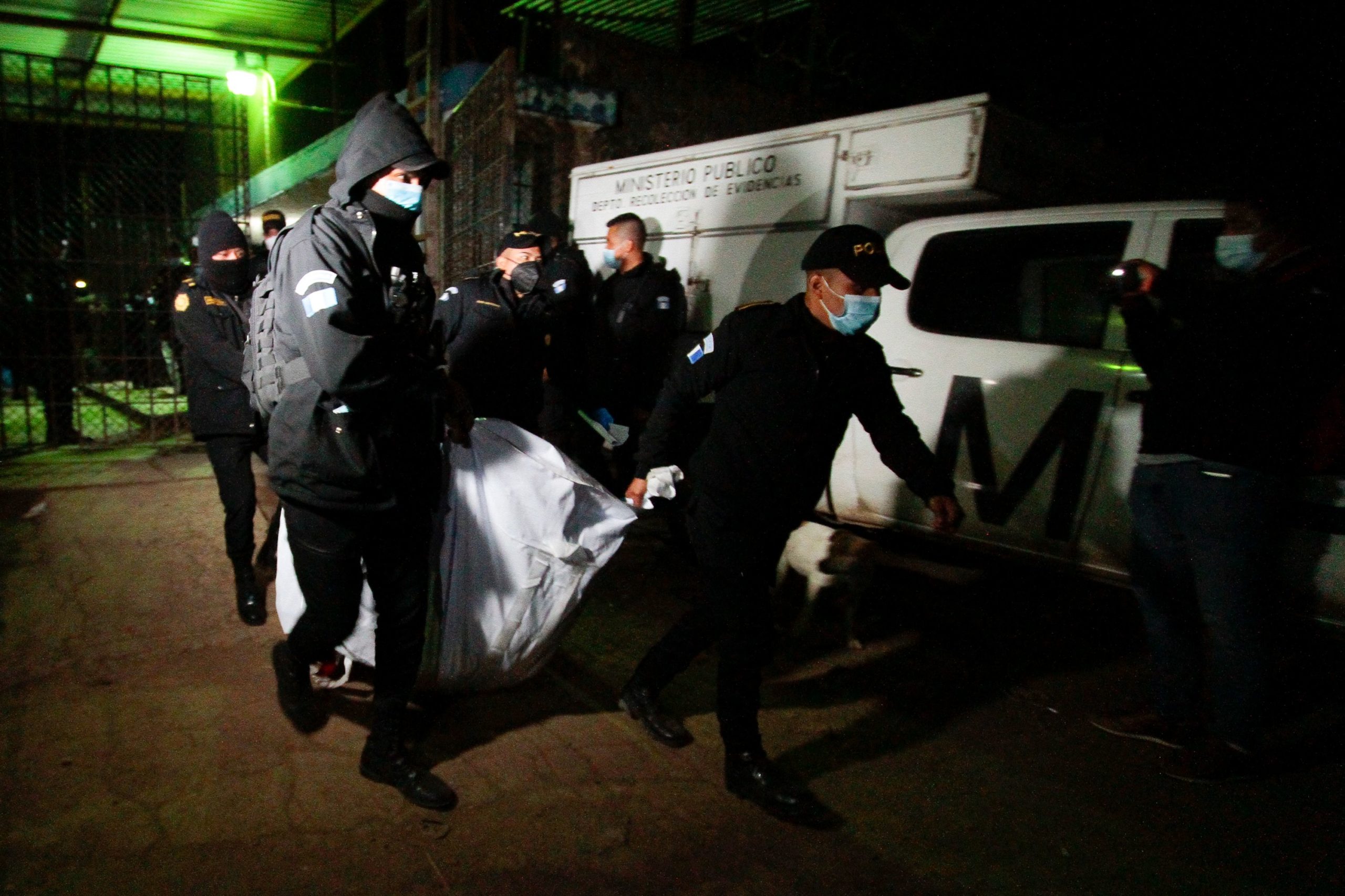 Police officers transport the corpse of one inmate after a brawl in Cantel men’s prison in Quetzaltenango department 205km (128 miles) west of Guatemala City on May 19, 2021.(Photo by ALEXIS MORALES/AFP via Getty Images)

The Cantel prison has been condemned by human rights groups for its conditions, according to Agence France Presse. Gang violence is reportedly common at the prison and throughout the country.

A riot in 2019 at another one of the country’s prisons resulted in at least seven inmate deaths and 10 wounded, the AP reported. Nearly a decade earlier, five inmates were beheaded in a prison fight and seven were killed.

In Guatemala, officials estimate that nearly half of the 3,500 violent deaths per year were perpetrated by gangs, according to Agence France Presse. (RELATED: Exclusive: Guatemalan Official Explains Why His People Are Fleeing, Says Mexico Is A Big Part Of The Problem)