Participants of the new Hill-HarrisX poll were asked to choose the most accurate out of two statements explaining current U.S. labor market conditions and the unemployment rate, according to The Hill.

Forty-four percent of the respondents agreed that many are relying on unemployment benefits rather than trying to go back to work, compared to only 19% holding low wages and poor working conditions as the reasons preventing people from looking for work, the report says.

Twenty-seven percent said that both statements are equally accurate, while only 10% rejected both options. (RELATED: Alabama Becomes Latest State To End $300 Unemployment Bonus) 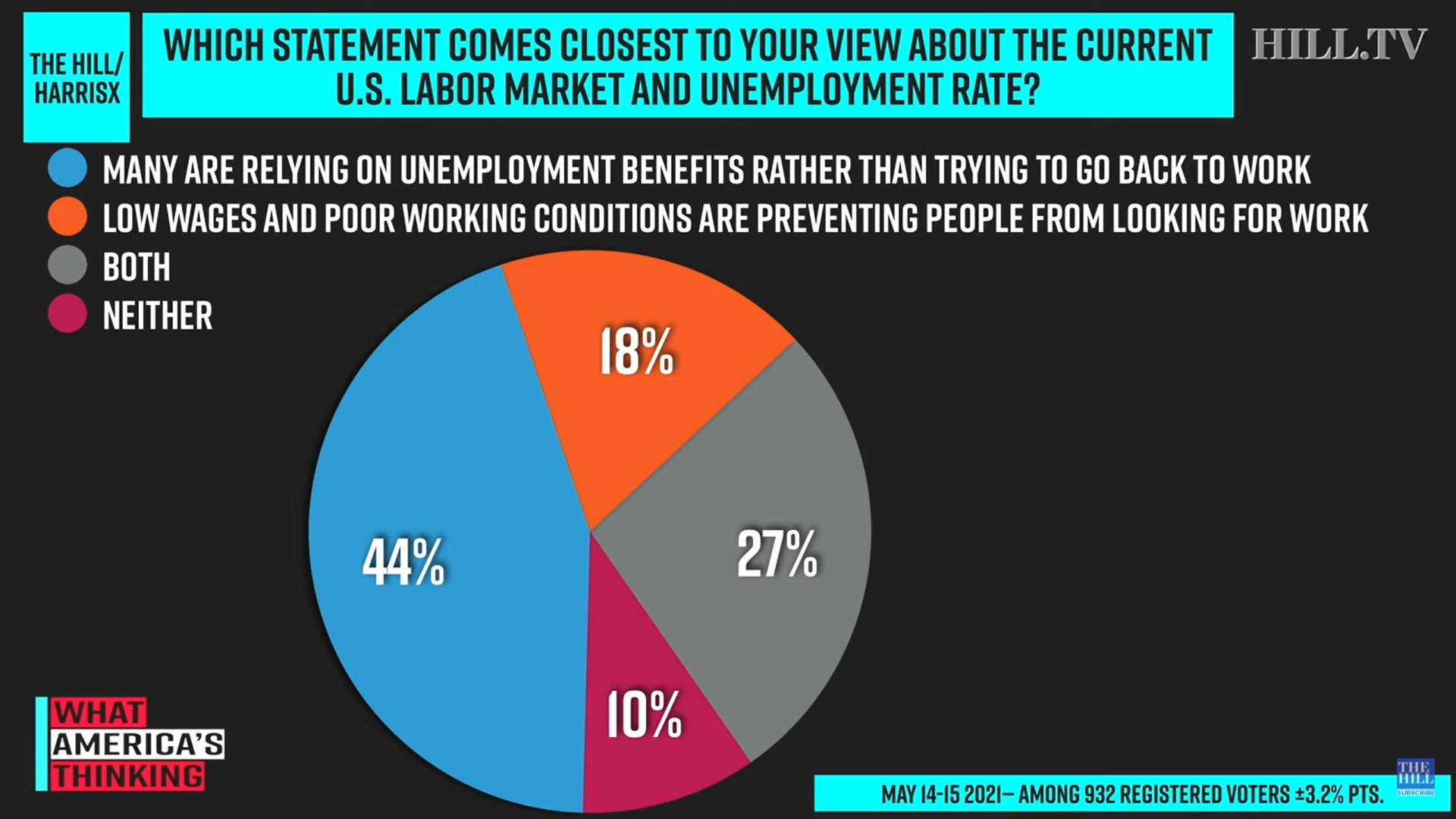 Conservative respondents predominantly favored the first option. Sixty-five percent of Republican voters and 72% of those who said they voted for Trump in the 2020 presidential election cast unemployment benefits as the reason people are not returning to work despite a growing number of job openings.

The trend was somewhat reversed with respect to Democrat voters. Only 31% of those who self-identified as Democrats named unemployment benefits as the reason, while a majority, 36%, said both the benefits and poor working conditions have contributed to the phenomenon.

The $1.9 trillion relief package passed by Congress in March extended unemployment benefit payments of $300 through September. Analysts say this may have exacerbated the general unwillingness of the jobless to join back the labor force, since receiving the benefits, which average at $318 a week, brings in more income than working full time for $15 an hour, according to the Wall Street Journal.

The poll has a margin of error of plus or minus 3.2 percentage points and was administered online to 932 voters.