The House barely passed a bill Thursday providing $1.9 billion to bolster Capitol security in response to the Jan. 6 attack after progressive Democrats defected from the rest of their caucus.

“The funding is not optional. This vote is not a show vote,” Connecticut Democratic Rep. Rosa DeLaurio, the chair of the House Appropriations Committee, said on the House floor ahead of the vote. “It’s about protecting the seat of our democracy and the men and the women and the young people who work here and serve it.” 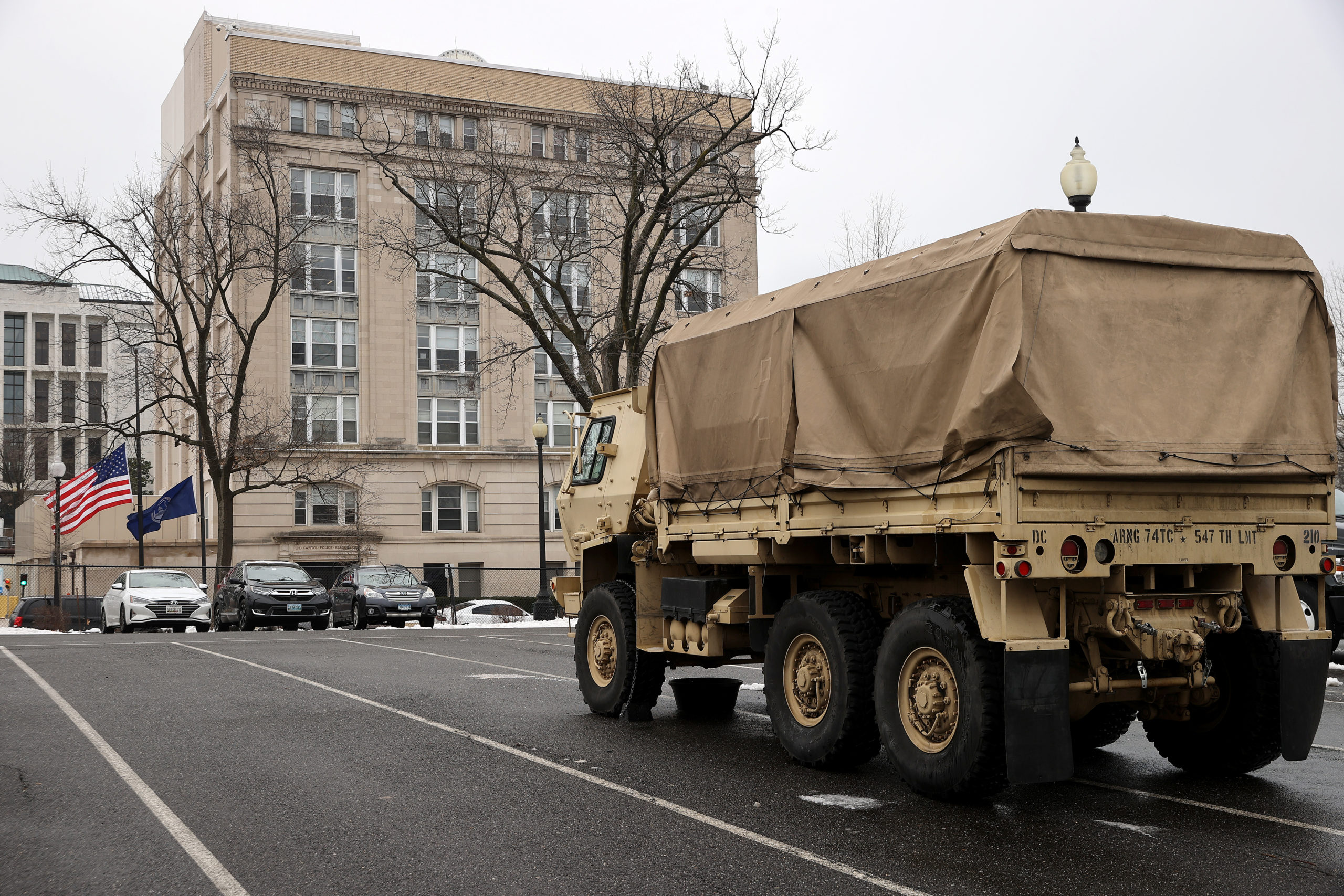 An Army National Guard truck parked across from the Capitol Police headquarters on February 19, 2021 in Washington, DC. (Chip Somodevilla/Getty Images)

Even Republicans who voted to impeach Trump in January and who supported a bipartisan commission into the attack opposed the spending bill, with some citing the lack of cross-party negotiations. (RELATED: House Passes Bill Creating Capitol Riot Commission With Support From Dozens Of Republicans, Rebuking GOP Leadership)

“We were in good negotiations trying to work this out,” said Washington Republican Rep. Jaime Herrera Beutler, who also sits on the Appropriations Committee. “And all of a sudden last week, it’s just done, we’re not going to negotiate anymore. That’s my problem.”

Approximately $529 million would go towards upgrading Capitol security, including strengthening windows and doors, adding cameras and enhancing screening and retractable fencing, according to the bill. It also allocates $8.6 million for Capitol Police body cameras and $2.6 million for riot gear.