The troubling rise in anti-Semitic attacks across the United States coincides with an explosion of conflict between Israel and militants in Gaza earlier in May. While President Joe Biden sought to be at the forefront of the conflict overseas, he neglected to condemn violence happening in his own country.

As America sought to balance between supporting Israel’s right to self-defense while also pushing for de-escalation, the White House often stressed its strategy of “quiet, intensive diplomacy.” White House press secretary Jen Psaki reminded reporters of these efforts on Thursday, pointing out that they’ve held over 80 engagements “with senior leaders in Israel, the Palestinian Authority, and across the region.”

The Palestinian Authority controls some territories in the West Bank, while Hamas controls the Gaza Strip.

Biden, a staunch supporter of Israel, voiced his support for the country repeatedly throughout the turmoil and eventually pushed for a ceasefire in phone calls with Israeli Prime Minister Benjamin Netanyahu.

After the ceasefire was brokered through Egypt, the president spoke to the nation on Thursday and touted his administration’s efforts to bringing about the lull of rockets and targeted strikes.

With an administration busying itself with violence overseas and backing Israel’s right to defend itself, attacks against members of the Jewish community – spurred on by the conflict in the Middle East – have occurred in California, New York, New Jersey, Illinois and more areas across America.

One attack against Jewish diners by a pro-Palestinian crowd in California is being investigated by LAPD as an anti-Semitic hate crime, The New York Times reported. Similarly, a Hate Crime Task Force in New York is investigating a gang assault on an older man from a pro-Palestine group, Fox News reported. (RELATED: How The Israeli-Palestinian Conflict Is Dividing Democrats)

Biden, who promised throughout his campaign to “lead a comprehensive approach to battling anti-Semitism,” has remained silent as of Friday afternoon. Press releases from the White House range from readouts of his calls with foreign leaders, his remarks on the recently signed COVID-19 Hate Crimes Act and comments about the situation in the Middle East. 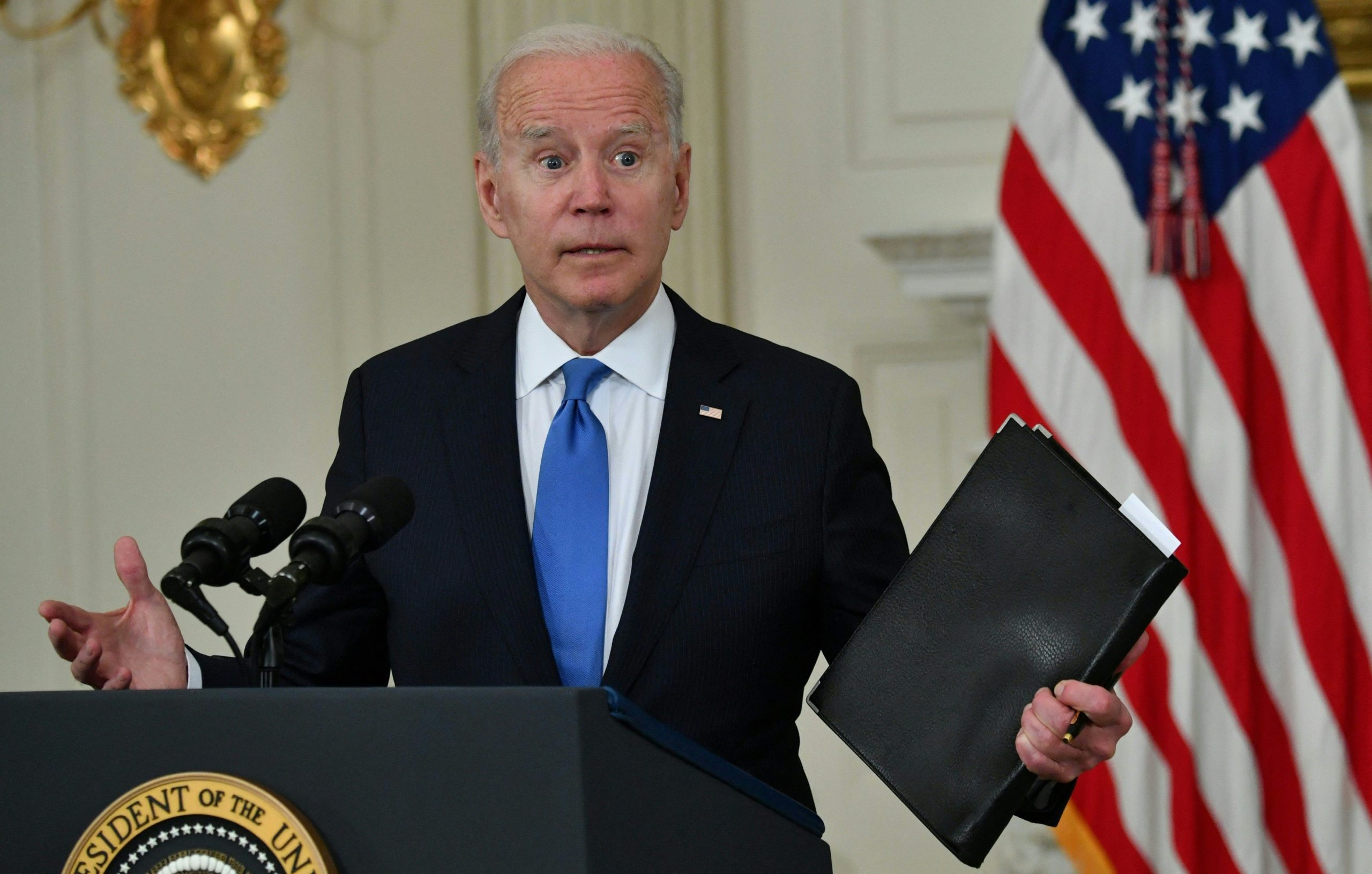 US President Joe Biden delivers remarks on the American Rescue Plan in the State Dining Room of the White House on May 5, 2021. (NICHOLAS KAMM/AFP via Getty Images)

Notably absent are remarks condemning violence against the Jewish community within the country. The White House did not have a statement available for the Caller at press time, but later referred to Domestic Policy Advisor Susan Rice’s tweets, written after publication, on the matter.

“During this Jewish American Heritage Month, I was proud to honor my friend Abe Foxman, who’s devoted his life to battling anti-Semitism & bigotry,” Rice tweeted on Friday evening. “The spike in anti-Semitic attacks around the world & here at home is despicable & must be roundly condemned and forcefully countered.”

“Just yesterday, @POTUS signed the COVID-19 Hate Crimes Act into law, strengthening our ability to prevent and respond to hate crimes of all kinds, including hate crimes targeting Jewish Americans. We don’t tolerate hate in America,” she added, referring to the legislation aimed at addressed hate crimes, particularly against Asian Americans, amid the global pandemic.

Just yesterday, @POTUS signed the COVID-19 Hate Crimes Act into law, strengthening our ability to prevent and respond to hate crimes of all kinds, including hate crimes targeting Jewish Americans. We don’t tolerate hate in America.

Critics like Michael Makovsky, president and CEO of the D.C.-based Jewish Institute for National Security of America (JINSA), say they’re disappointed at what’s viewed as non-action from those in power during a period of crisis.

“I think American Jews are feeling far more insecure in this country over the last few years,” Makovsky told the Daily Caller. “I think it would be good to see the president and other leaders from both parties kind of show solidarity – to show that Jewish lives matter also and that Jewish lives are not cheap. I think a lot of Jews are starting to feel that their lives are seen as cheap in recent years.”

Makovsky was quick to note that he doesn’t believe Biden and some others in the Democratic Party (such as House Speaker Nancy Pelosi) are anti-Israel or anti-Semitic “in any way.” He urged the president to “absolutely” speak out against the attacks and condemned the Democratic party overall for what he says is “an anti-Semitism problem.”

A slew of progressive Democrats, including Michigan Rep. Rashida Tlaib and Minnesota Rep. Ilhan Omar, have been outspoken against Biden’s support for Israel. Makovsky criticized comments from these lawmakers and suggested the president has been “too often cowed by this vocal group.”

“I think Biden, with Israel and about the arms sale, he defended Israel’s right to defend itself – I give him credit for that,” Makovsky conceded.

“The outpouring of violent attacks, intimidation, and blatant anti-semitism have been shocking,” Hannah told the Caller. “The failure of the administration and President Biden himself to condemn them immediately has been disappointing and a missed opportunity. The virus of Jew hatred, dressed up as anti-Israel activism, is spreading at an alarming rate on both ends of the political spectrum.”

“But the inroads it’s now making into influential circles within the Democratic Party put a special onus on President Biden to speak out forcefully,” Hannah continued, referring back to the slew of progressive Democrats outspoken against Biden’s support for Israel.

“There must be always be ample room in American politics for legitimate debates and disagreements about U.S. foreign policy in the Middle East. But there can be no quarter anywhere for anti-semitism, violence, and intimidation. President Biden and leaders from both sides of the political aisle need to say so — loudly and frequently.”

The White House has sought to downplay infighting between Democrats and Biden’s backing of Israel. Psaki told reporters on May 17 that the White House’s message for these progressive Democrats is to “step back from politics for a moment.”

On Thursday, Psaki avoided saying that Biden denounced comments from these lawmakers going against him on Israel. She also skirted around a question on how the fighting might be hurting Biden’s big unity message.

While the ceasefire remains in the Israel-Gaza conflict, issues spurred on by the fighting are far from over. Rabbi Abraham Cooper of the Simon Wiesenthal Center and Museums of Tolerance also called on the president to address the attacks and urged the administration to pass more legislation that focuses on violence against Jews, Fox News reported.

Update: This post has been updated to include Susan Rice’s comments, written after publication, about anti-Semitic attacks.