Biden’s original infrastructure plan was set to cost nearly $2.3 trillion and this counteroffer shifts the funding in various ways, Psaki told reporters. The new offer shifts investments in research and development, manufacturing, supply chains and small business “out of the negotiation and into other efforts,” Psaki said.

The counterproposal matches Republicans‘ push to reduce funding request for broadband and inches closer to their request regarding investment costs for roads and bridges. Psaki noted that Republican’s original offer excluded various proposals that the administration feels is “key to our competitiveness.”

In response, the counterproposal does include various topics left out by Republicans, such as clean energy and workforce training.

“In our view this is the act – the art, I should say, of seeking common ground,” Psaki said Friday. “This proposal exhibits a willingness to come down in size, giving on some areas that are important to the president – otherwise they wouldn’t have been in the proposal – while also staying firm in areas that are most vital to rebuilding our infrastructure and industries of the future.”

The Biden administration’s counterproposal comes after Senate Republicans proposed a $568 billion cut for the infrastructure plan. Negotiations are ongoing and Psaki noted that Transportation Secretary Pete Buttigieg, National Economic Adviser Brian Deese and others were meeting virtually with Republicans to discuss. 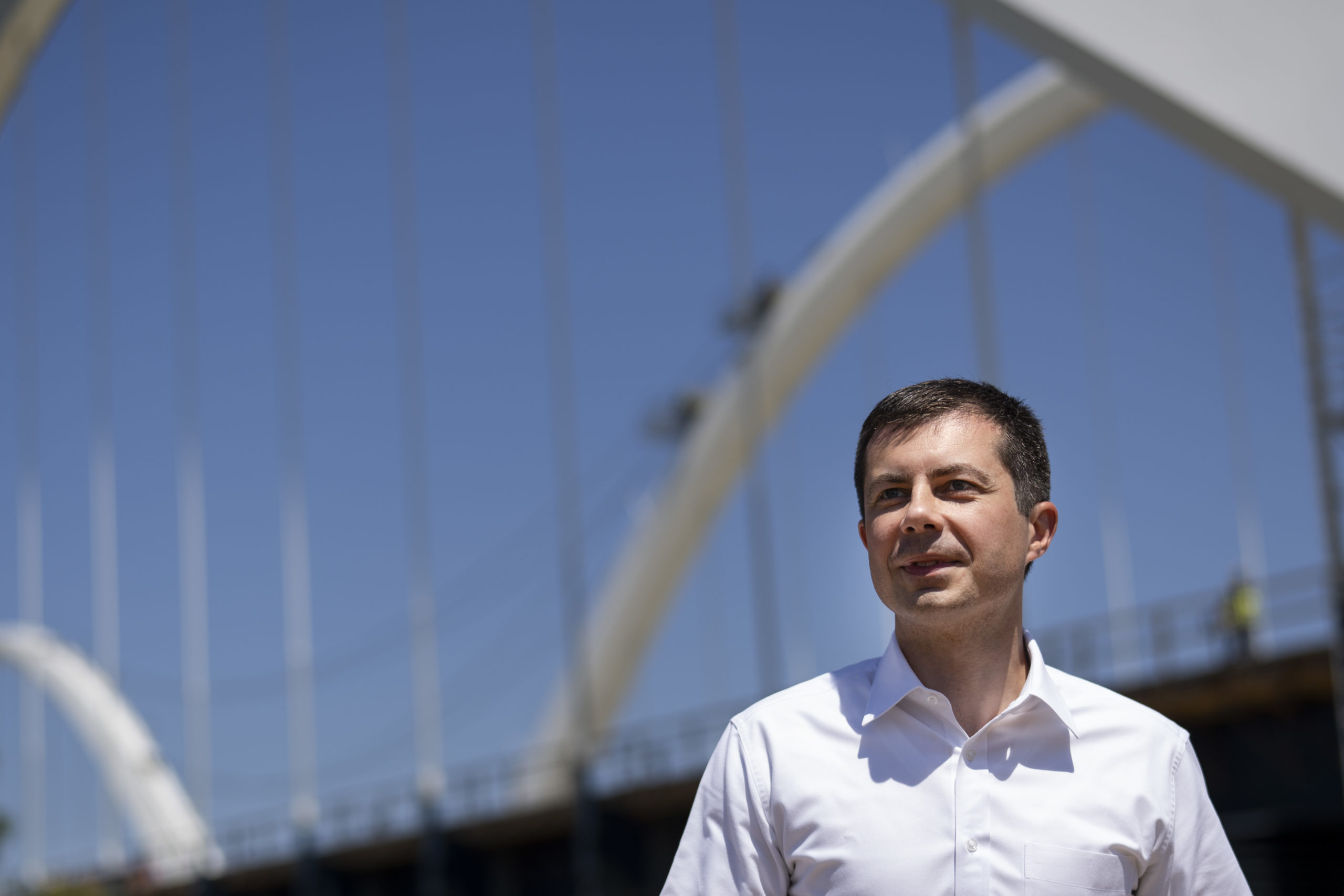 Transportation Secretary Pete Buttigieg arrives for a news conference after touring the construction site atop the new Frederick Douglass Memorial Bridge on May 19, 2021 in Washington, DC. (Drew Angerer/Getty Images)

The White House said it plans to release a more detailed explanation of the counterproposal shortly. Republicans are reportedly not encouraged by the offer, according to Washington Post White House reporter Seung Min Kim. (RELATED: Climate Change, Housing, Schools: Here’s Where Much Of Biden’s Infrastructure Plan Will Be Spent)