At least forty-eight people have been shot and ten fatally since Friday night, during yet another bloody weekend in Mayor Lori Lightfoot’s Chicago.

This weekend marked the deadliest weekend of the year in Chicago, with half of the victims “within 10 community areas that comprise 15 percent of the city’s population,” according to The Chicago Sun-Times.

A 15-year-old boy, the youngest victim, was pronounced dead Friday night after getting shot in the head on a porch in the West Side of Chicago, ABC 7 Chicago reported. Two men — ages 49 and 56 — were found unresponsive with multiple fatal gunshot wounds in Bronzeville in the South Side on Sunday night, and another man was reportedly killed in a drive-by shooting.

Two men were shot and killed in West Garfield Park around 2 a.m. Saturday morning, while an 18-year-old man and 23-year-old woman were shot dead at a convenience store Friday night, ABC 7 reported. (RELATED: Fox News Panel Flames Lori Lightfoot: ‘She Ought To Declare War On Crime Rather Than White Journalists’)

A 25-year-old man was fatally shot in the abdomen, while a 24-year-old fatally sustained bullets to his head, neck, chest and leg, according to ABC 7. A third man, 29, reportedly died after getting shot in the chest, torso and arm. 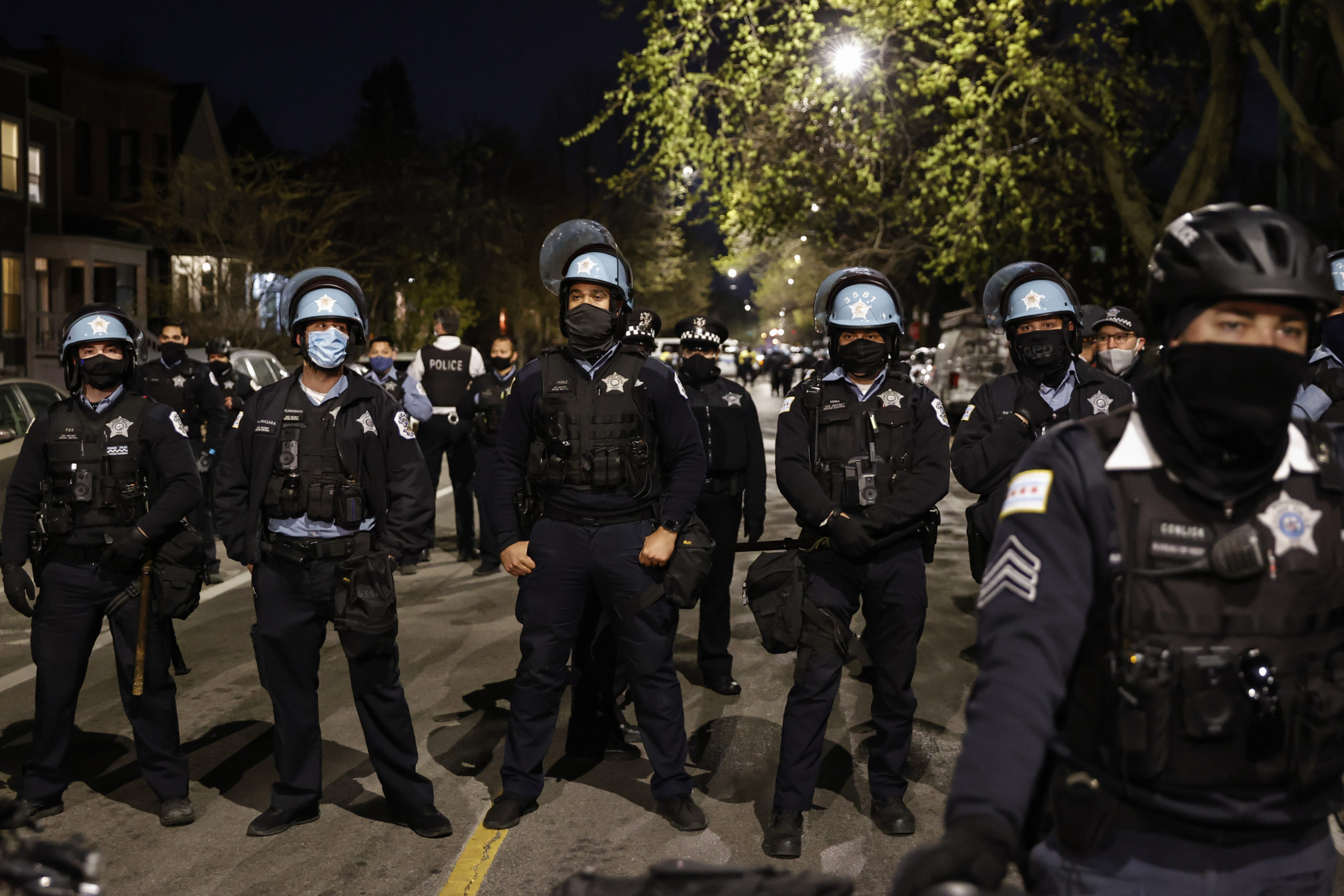 CHICAGO, IL – APRIL 16: Chicago Police officers stand near Chicago Mayor Lori Lightfoot’s home as protesters march through Logan Square neighborhood during a rally on April 16, 2021 in Chicago, Illinois. The rally was held to protest the killing of 13-year-old Adam Toledo by a Chicago Police officer on March 29th. (Photo by Kamil Krzaczynski/Getty Images)

More than one-third of the shootings occurred on the West Side of Chicago, ABC 7 reported. The city has identified the West and South sides last fall as being “priority community areas,” where police and other resources were boosted, according to The Chicago Sun-Times.

Data from the Chicago police department showed shootings were at a 4-year high during the month of March.

48 people — including two police officers, a 2-year-old girl and a 13-year-old boy — were shot last weekend in Chicago, according to ABC 7.

“You raise the issue about the increase in gun violence, first and foremost we’re going to fight a losing battle when people can drive across the border to Indiana and other states and literally buy military grade weapons with any significant kind of background check and bring those weapons to the streets of Chicago,” Mayor Lightfoot stated Thursday in response to the spike in shootings.

Lightfoot also mentioned that Chicago police have removed 4,100 guns off the streets this year so far, according to ABC 7.