The corporate press spent much of the pandemic dismissing the theory that COVID-19 could have accidentally leaked from the Wuhan Institute of Virology because former President Donald Trump talked about it, according to Washington Post senior reporter Aaron Blake.

“It has become evident that some corners of the mainstream media overcorrected when it came to one particular theory from Trump and his allies: that the coronavirus emanated from a laboratory in Wuhan, China, rather than naturally,” Blake wrote in an analysis piece published Monday. “It’s also true that many criticisms of the coverage are overwrought and that Trump’s and his allies’ claims invited and deserved skepticism.”

Blake explained that the media was justified in being skeptical of the lab leak theory because Trump and former Secretary of State Mike Pompeo had leaned in “hard” to the theory without providing “even piecemeal evidence” to support their claims.

“Given how the Trump administration handled intelligence, there is very little doubt that, if some kind of proof had existed, Trump would have pushed hard for its release,” Blake added. “Trump could have done so whenever he wanted. It never happened. The best evidence for it has emerged a year later, with Trump out of power.”

But evidence pointing to the legitimacy of the lab leak theory was printed in the pages of the Washington Post as early as April 2020, when its opinion columnist Josh Rogin revealed that the State Department sent two cables in 2018 warning of safety and management issues at the Wuhan Institute of Virology (WIV). One of the cables stated the WIV’s work on bat coronaviruses represented the risk of a new pandemic.

And one of the Washington Post’s quoted experts, Rutgers University molecular biologist Richard Ebright, told the Daily Caller News Foundation in April 2020 that it was entirely possible that COVID-19 could have been unleashed into the human population due to a leak from the WIV. (RELATED: EXCLUSIVE: Coronavirus Expert Says Virus Could Have Leaked From Wuhan Lab) 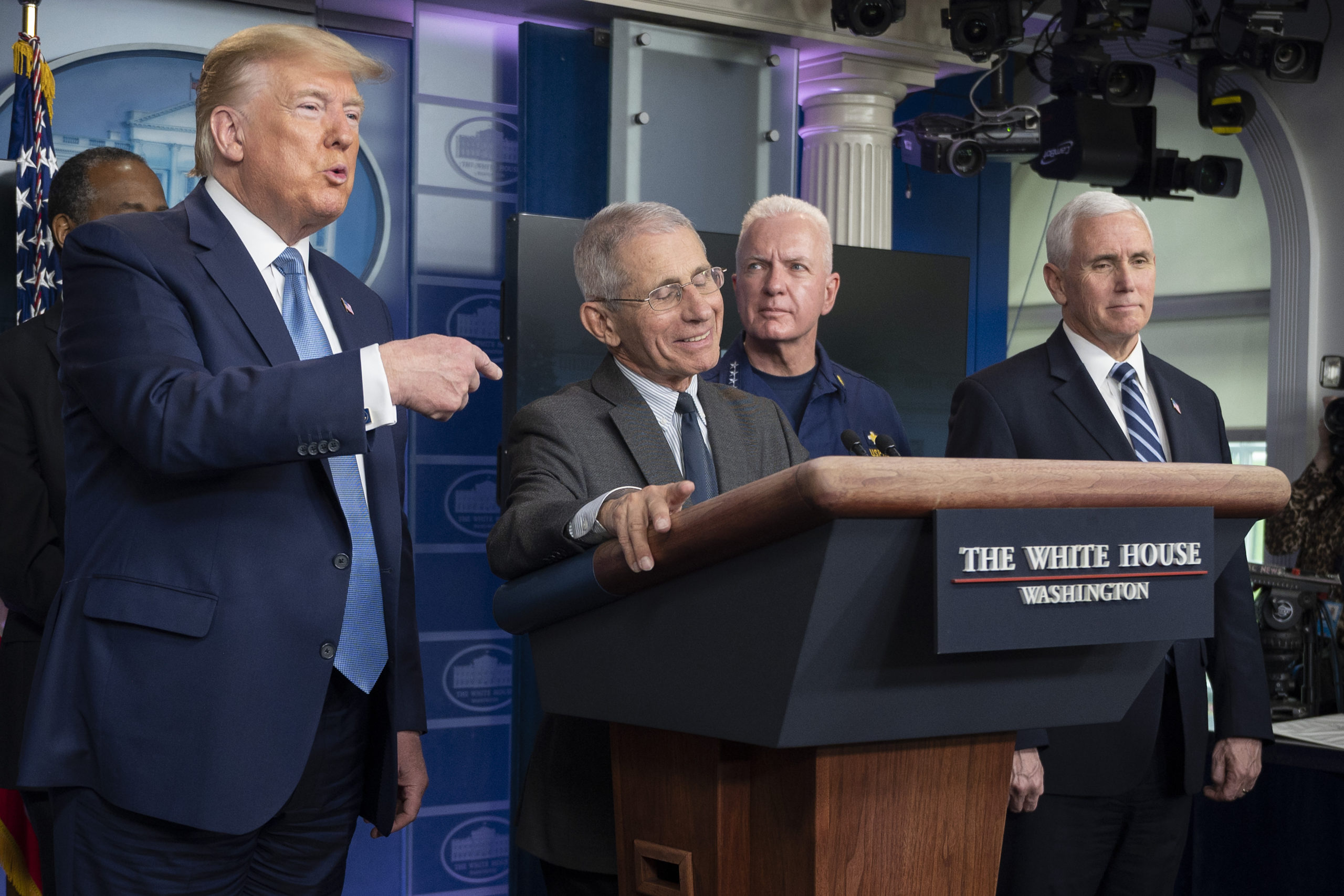 US President Donald Trump (L) gestures as National Institute of Allergy and Infectious Diseases Director, Dr. Anthony Fauci, smiles during the daily briefing on the novel coronavirus, COVID-19, at the White House on March 21, 2020, in Washington, DC. (JIM WATSON/AFP via Getty Images)

Rogin was also one of the first to highlight that one of the most outspoken American scientists that spoke out in defense of the WIV during the early stages of the pandemic, Dr. Peter Daszak, had a potential conflict of interest due to his longtime collaboration with the lab.

Daszak was responsible for orchestrating a statement in The Lancet medical journal in February 2020 that condemned “conspiracy theories” suggesting COVID-19 doesn’t have a natural origin.

A spokesman for Daszak would later reveal to The Wall Street Journal in January that the statement, which was cited by numerous news outlets — and by fact check organizations to censor unwelcome inquiries — during the onset of the pandemic, was meant to protect Chinese scientists.

The corporate press has made an abrupt about-face in its framing of the lab leak theory in recent weeks after spending the better part of the year casting down the origin theory as a baseless conspiracy.

Blake pointed to reporting from The Wall Street Journal on Sunday that three researchers from the WIV became so sick in November 2019 that they became hospitalized as the latest piece of evidence pointing to the legitimacy of the lab leak theory.

The Journal’s report came months after Trump’s State Department released a fact sheet on Jan. 15 that claimed that “several researchers inside the WIV became sick in autumn 2019, before the first identified case of the outbreak. The symptoms were reportedly consistent with both COVID-19 and common seasonal illnesses.”

Another early critic of the theory, Dr. Anthony Fauci, told PolitiFact in May that he was “not convinced” when asked if he was “still confident that it developed naturally.”

PolitiFact also retracted a fact check from September 2020 in May that had called a Hong Kong virologist’s claim that COVID-19 was a lab-created virus a “debunked conspiracy theory.”

An editors’ note explaining why PolitiFact removed the fact check from its website stated that the assertion from experts at the time that the virus could not have been manipulated is “now more widely disputed.”