Democratic Michigan Gov. Gretchen Whitmer apologized Sunday after she was caught dining maskless indoors with a dozen people, violating her own COVID restrictions.

Photos posted over the weekend showed Whitmer dining with at least a dozen other people at The Landshark Bar & Grill in East Lansing, Michigan, Breitbart News first reported Sunday. The publication reported before the photos were taken down that Whitmer’s chief operating officer Tricia Foster was also present at the event.

Michigan’s May 15 order mandates that no more than six people may be seated at the same table. The governor has faced heavy criticism throughout the pandemic for strict COVID restrictions that have forced many Michigan restaurants and businesses to shutter their doors. (RELATED: Whitmer: March Trip To Florida Was To Help Father, ‘Not A Vacation’)

“Yesterday, I went with friends to a local restaurant. As more people arrived, the tables were pushed together,” the governor said, according to NBC affiliate WDIV of Detroit. She did not immediately respond to requests for comment from the Daily Caller News Foundation.

“Because we were all vaccinated, we didn’t stop to think about it,” she continued. “In retrospect, I should have thought about it. I am human. I made a mistake, and I apologize.” (RELATED: Whitmer Does Not Deny That Her Husband Sought Special Treatment Over Boating On Memorial Day Weekend)

The governor was fully vaccinated as of April 29, the Detroit News reported.

“Last week Whitmer refused to immediately end her ridiculous restrictions, like a maximum of 6 patrons per table for indoor dining,” Tori Sachs, executive director of Michigan Freedom Fund, told Breitbart. “Now Whitmer has once again completely disregarded her own rules. Whitmer orders rules she and her staff don’t follow themselves while Michiganders and businesses suffer. Whitmer must end her restrictions immediately.” 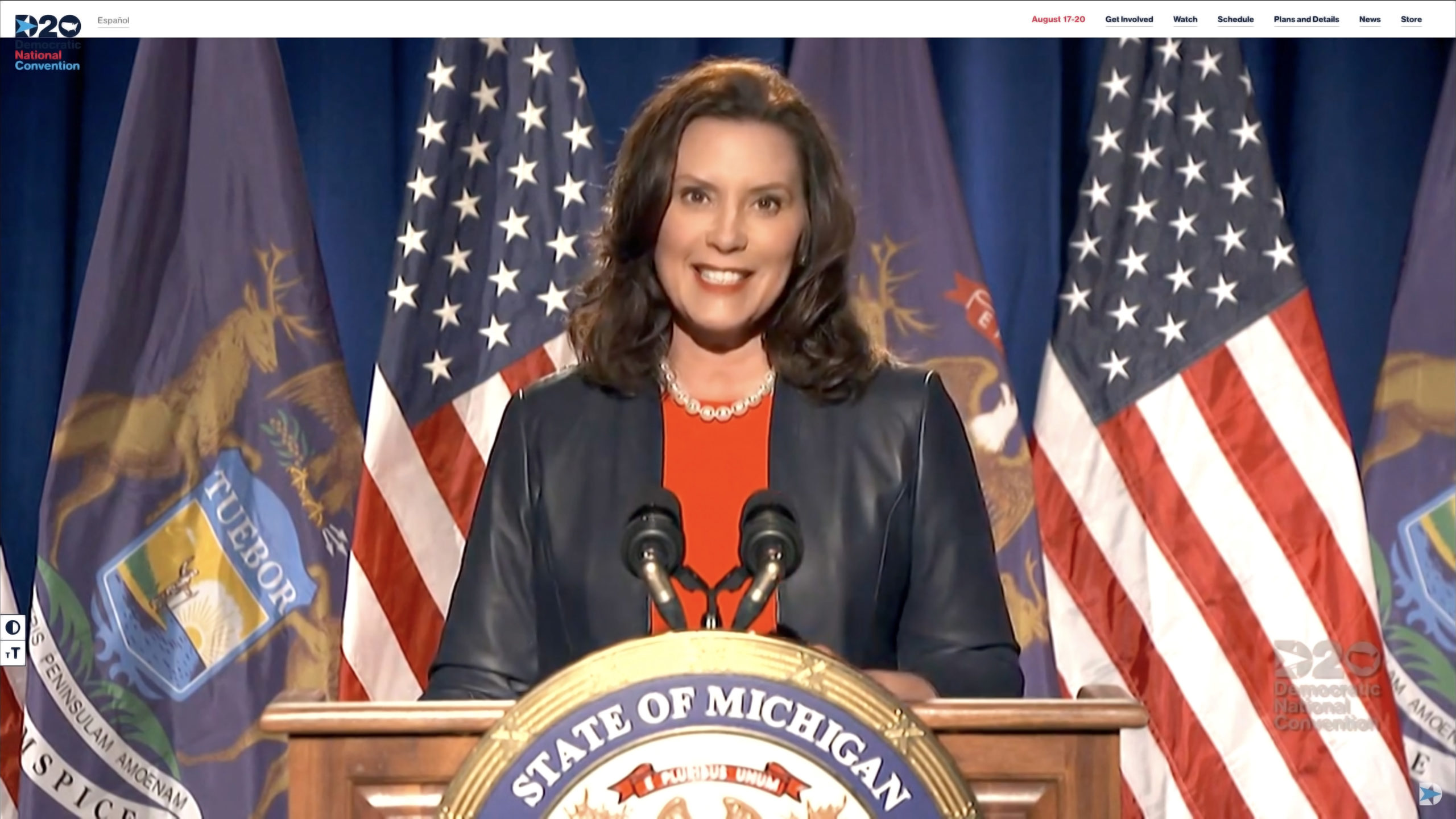 In this screenshot from the DNCC’s livestream of the 2020 Democratic National Convention, Michigan Gov. Gretchen Whitmer addresses the virtual convention on August 17, 2020. The convention, which was once expected to draw 50,000 people to Milwaukee, Wisconsin, is now taking place virtually due to the coronavirus pandemic. (Handout/DNCC via Getty Images)

Whitmer also came under fire in late April and early May when reports surfaced that she had traveled to Florida in March to visit her father. Shortly after her trip, she appeared on “Meet the Press” and urged people to “take this seriously, mask up” and “get tested” — and to specifically avoid traveling for spring break in Florida.

The governor defended her trip in May, saying that no tax dollars were used to pay for the weekend trip, emphasizing that it was neither “a vacation” nor “a gift,” and saying that she merely traveled to Florida to care for her father, according to local outlet ABC 12. She also said that she continued her governor’s business throughout the trip.

Whitmer also drew fire in January when she traveled to President Joe Biden’s inauguration after she had recently issued a “gatherings and face mask order” requiring Michigan residents to limit their gatherings to 25 or fewer people. (RELATED: These Democratic Leaders Spurned Their Own COVID-19 Rules To Attend The Inauguration)

Despite that order, Whitmer attended the inauguration attended by about 2,0000 people, according to an estimate from the Washington Post.

“Anyone who watched would have seen that we were spaced out, we were outside, and we were masked up,” Whitmer said afterwards. “I have been following the same directives I’ve asked everyone else to. I can’t stand those people that have one rule for others and a different one for themselves.”