President Joe Biden wants to revive the deal canceled by former President Donald Trump three years ago despite pushback from both parties, Politico previously reported. The deal, officially dubbed the Joint Comprehensive Plan of Action (JCPOA), was brokered by former President Barack Obama in 2015 when Biden served as vice president.

Netanyahu pushed back on the Biden administration’s recent efforts and expressed his hope that the U.S. would forgo its plans. The prime minister voiced concern for the implications of Iran having “an arsenal of nuclear weapons with international legitimacy.”

“The second point is – naturally, is Iran. We discussed many regional issues, but none is greater than Iran. And I can tell you that I hope that the United States will not go back to the old JCPOA because we believe that that deal paves the way for Iran to have an arsenal of nuclear weapons with international legitimacy,” Netanyahu said during the joint press event.

“We also reiterated that whatever happens, Israel will always reserve the right to defend itself against a regime committed to our destruction, committed to getting the weapons of mass destruction for that end,” he added. 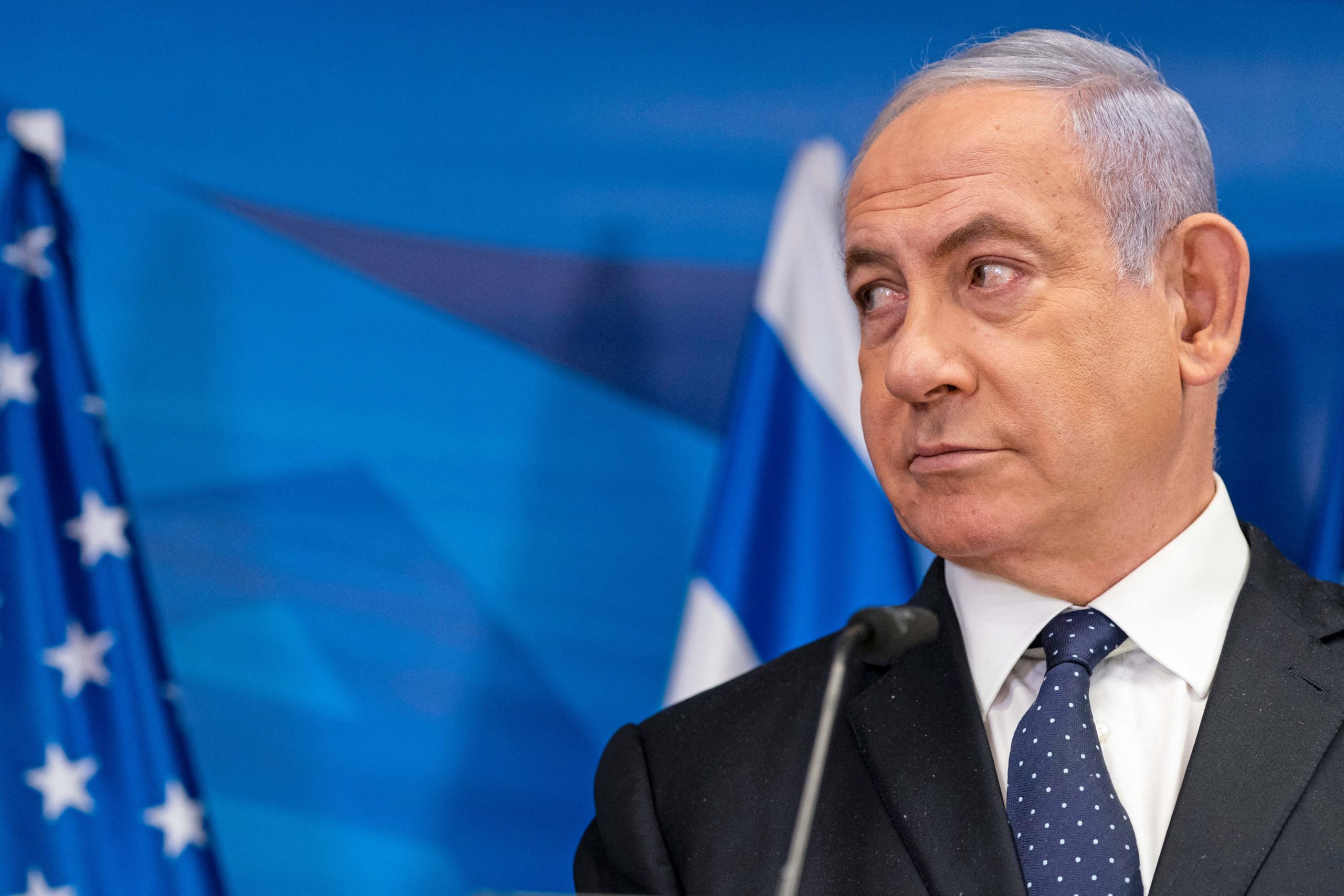 Israeli Prime Minister Benjamin Netanyahu listens to US Secretary of State Antony Blinken (unseen) during a joint press conference in Jerusalem on May 25, 2021, days after an Egypt-brokered truce halted fighting between the Jewish state and the Gaza Strip’s rulers Hamas. (ALEX BRANDON/POOL/AFP via Getty Images)

The event came in the wake of an 11-day conflict between Israel and militants in Gaza. Blinken traveled to Jerusalem at Biden’s request in an effort to “discuss essential follow-up efforts to consolidate the ceasefire and reduce risks of further conflict over the coming months,” the State Department previously announced.

“We had a detailed discussion about Israel’s security needs, including replenishing Iron Dome,” Blinken told members of the press. “We’ll continue to strengthen all aspects of our longstanding partnership. And that includes consulting closely with Israel, as we did today, on the ongoing negotiations in Vienna around a potential return to the Iran nuclear agreement, at the same time as we continue to work together to counter Iran’s destabilizing actions in the region.”

Republicans hope to make it harder for Biden to re-enter the deal, Politico reported. Meanwhile, some Democrats are unhappy as well, pushing back on the idea of seeking “a broader set of concessions from Tehran,” as this may make re-entering the deal harder, the publication noted.

“But fellow Democrats are also warning of an increasingly rocky path back to full Iranian compliance with the terms of the 2015 deal, particularly after recently leaked audio revealed Iran’s foreign minister, Javad Zarif, lamenting the influence of the country’s Revolutionary Guard Corps in his diplomatic efforts with the West,” Politico wrote.

Trump withdrew from the deal in 2018, calling it “a horrible one-sided deal that should have never, ever been made.” Obama pushed back on the former president’s decision, declaring the move “a losing choice between a nuclear-armed Iran or another war in the Middle East,” The New York Times previously reported.