The Emerson College and PIX11 News survey shows Garcia leading with 21%, trailed closely by Brooklyn Borough President Eric Adams with 20% and former presidential candidate Andrew Yang at 16%. The poll’s release is scheduled for 6 p.m., but was obtained by Politico ahead of time.

Garcia, who has never held political office but has spent her career in the city’s departments, was endorsed by editorial boards at The New York Times and New York Daily News this month. 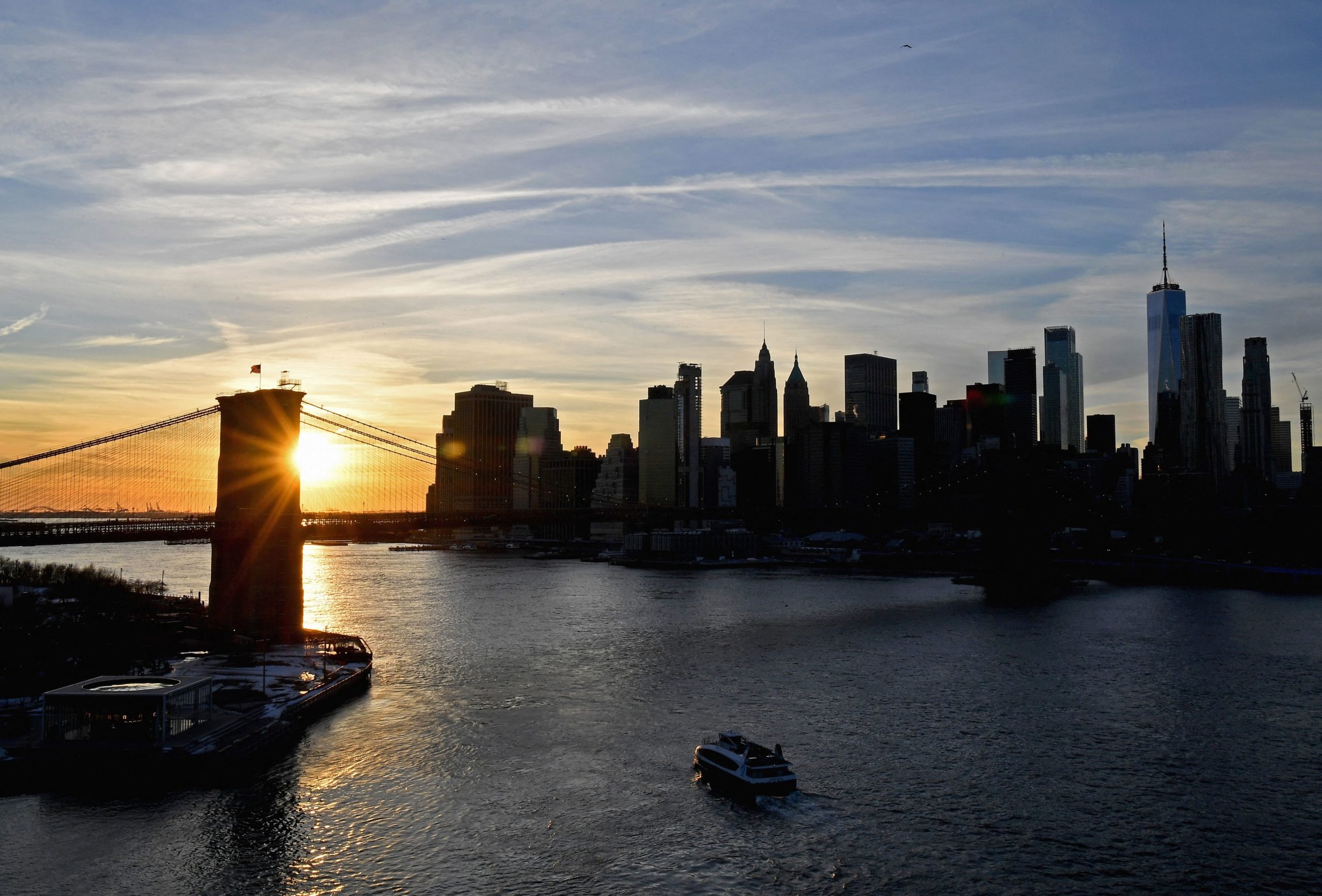 The sun sets behind Brooklyn bridge and skyline of lower Manhattan on February 17, 2021 in New York City. (Anglea Weiss/AFP via Getty Images)

Unlike New York City’s previous mayoral elections, this one features ranked-choice voting, where voters rank their preferred candidates instead of picking a single one. The new method, however, has confused pollsters who previously polled Democratic mayoral primaries, and led some to doubt the accuracy of the polls themselves.

“Yeah. Gonna go ahead and take this one with a grain of salt. Since I got this text asking me to participate yesterday,” Jon Paul Lupo, an advisor to mayoral candidate Maya Wiley, tweeted on Tuesday.

If Garcia wins the Democratic primary in June, she would enter the general election as a heavy favorite in the deep-blue city, setting her up to be the first female mayor in its history.

The poll was conducted on Sunday and Monday among 570 voters.