A court in the Netherlands ruled Wednesday that the multinational oil and gas giant Royal Dutch Shell must considerably reduce its carbon emissions in a landmark climate decision that could set a new precedent for the oil industry.

Shell must reduce carbon emissions from its company operations by 45% from current levels by 2030, according to the ruling issued by a district court in the Dutch city of The Hague. The court also ruled that Shell is responsible for reducing carbon emissions from its products, and its contribution to climate change could potentially be considered a human rights violation.

It is the first instance of a court ruling that a company can be held liable for its carbon emissions, according to a statement from Friends of the Earth Netherlands, the environmentalist group that brought the case against Shell. The ruling could set a new precedent for similar cases to be brought against oil and gas companies in other countries. 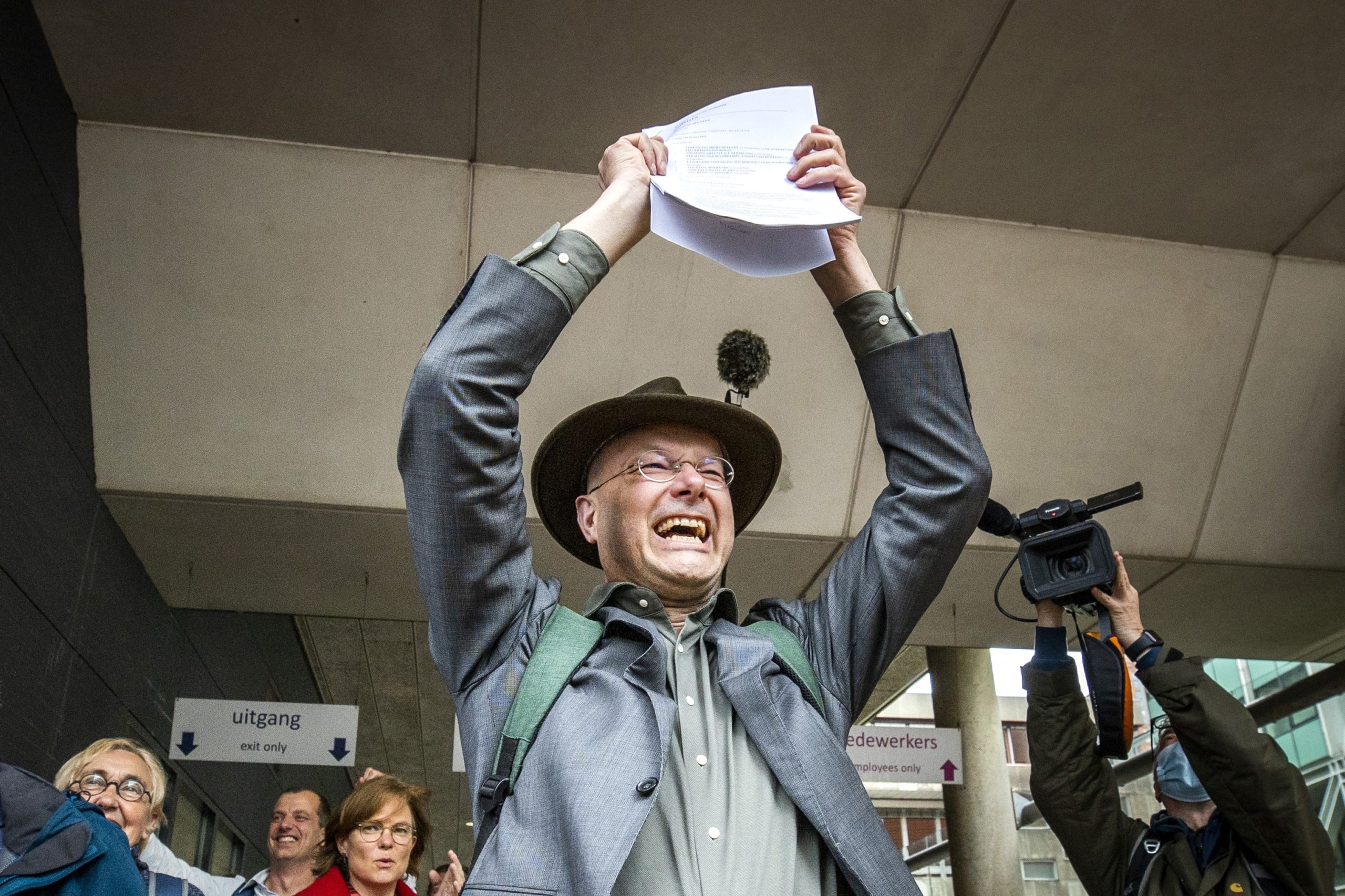 Director of Dutch environment organization ‘Milieudefensie’ Donald Pols reacts as he walks outside a court in The Hague on May 26, 2021, after the district court ruled that Shell must reduce its emissions by 45% by 2030 Remko de Waal/ANP/AFP via Getty Images)

“This is a turning point in history. This case is unique because it is the first time a judge has ordered a large polluting company to comply with the Paris Climate Agreement,” said Roger Cox, a lawyer for Friends of the Earth Netherlands. “This ruling may also have major consequences for other big polluters.”

International law experts told CNN that the court’s decision was also unique in its reliance on global human rights standards and international conventions on climate change such as the Paris Agreement.

The ruling was issued one week after the International Energy Agency published a report last Tuesday warning companies to stop drilling for oil and gas or building new coal-fired power plants in order to prevent a climate catastrophe.

Shell announced last September it planned to reach net-zero emissions, including from its products, by 2050. Before Wednesday’s court ruling, the Anglo-Dutch company said it was targeting a 20% reduction in carbon emissions by 2030 and a 45% reduction by 2035. (RELATED: ‘Net Zero Is Not Enough’: John Kerry Says We Need To Remove Carbon Dioxide From The Atmosphere)

Shell has claimed its emissions target is consistent with the Paris Agreement and other climate change conventions. The company called the ruling “disappointing” in a press release Wednesday and indicated it would appeal the court’s decision.