The number of Americans filing new unemployment claims dropped to 406,000 last week as the economy continues to recover from the coronavirus pandemic, according to the Department of Labor.

“I think there’s still a lot of pain out there, but the good news is that it really looks like the economy is kicking into overdrive, and I do see positive signs for the job market,” Beth Ann Bovino, S&P Global Ratings chief U.S. economist, told the WSJ. 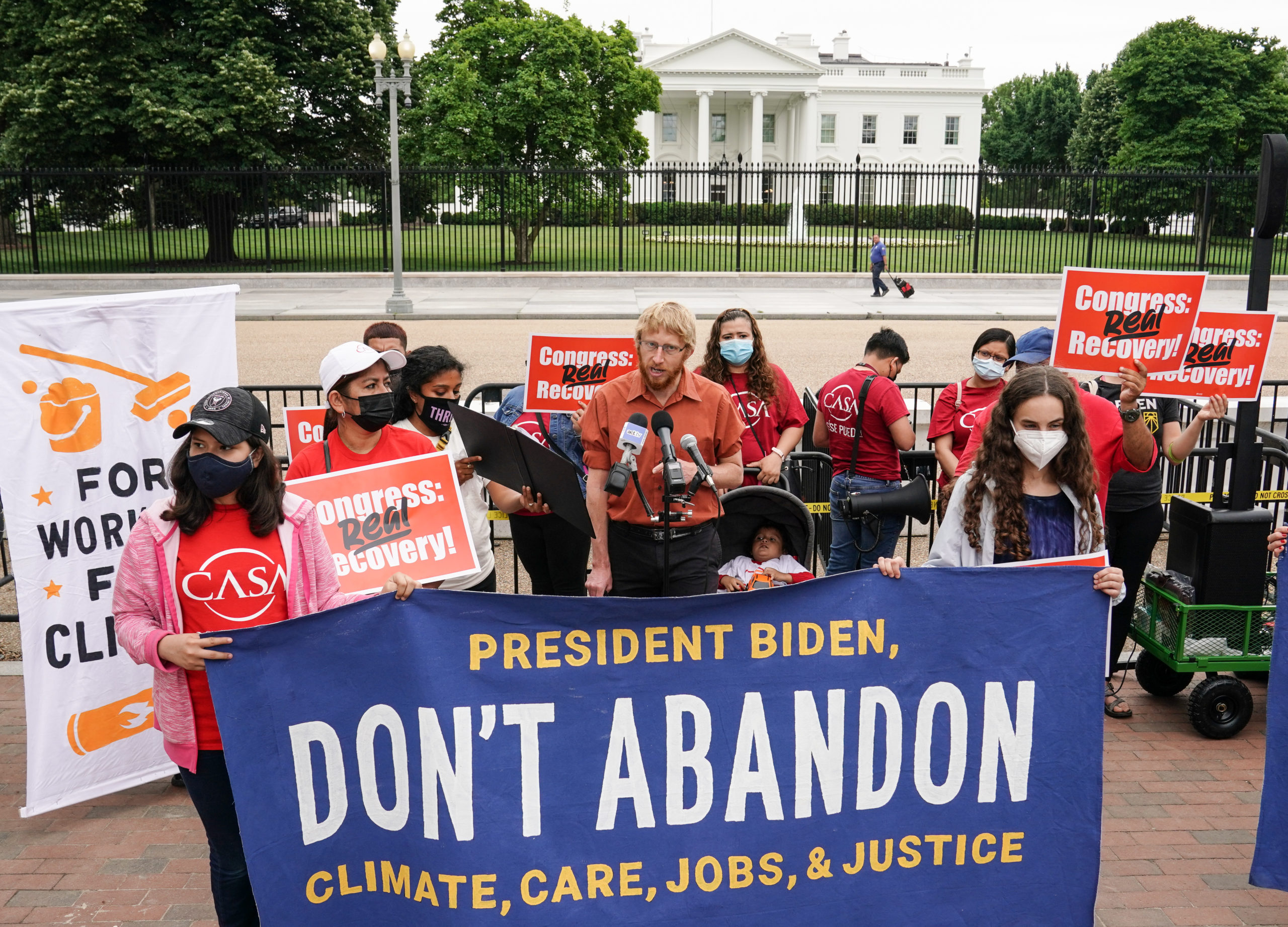 Activist Ben Beachy speaks during a May 24 demonstration calling on President Joe Biden not to compromise on his election promises. (Jemal Countess/Getty Images for Green New Deal Network)

The economy has added 1.5 million jobs since the start of the year, according to Department of Labor data. But the U.S. reported just 266,000 jobs in April, far below projections.

Republicans have argued that the federal $300 weekly unemployment bonus implemented by Democrats’ $1.9 trillion stimulus package has incentivized out-of-work Americans not to look for jobs. Job vacancies hit a record 8.1 million at the end of March, according to a Labor Department report released earlier in May.

More than 20 Republican-majority states including Texas, South Carolina, Arizona and Alabama have announced their withdrawal from the federal unemployment program, Business Insider reported. Connecticut and New Hampshire announced programs to pay unemployed people a bonus if they find work.

“We reinstituted the job search requirement and now discontinued the added federal money, and the reason is simple: we’ve got almost a half a million job openings in the state of Florida,” Florida Gov. Ron DeSantis said during a press conference Monday, the Orlando Sentinel reported.

Meanwhile, the consumer price index, an indicator of inflation, has shown worrying signs. Prices increased more between May 2020 and April than any other 12-month period since 2008, government data showed.

A group of top economists surveyed by the National Association for Business Economics expect inflation to “accelerate strongly” in the coming months.