Energy Secretary Jennifer Granholm sold her stake in the electric vehicle company Proterra this week, following criticism from Republicans that her holdings could present a conflict of interest as the Biden administration pushes for electric vehicles.

Granholm sold her stock in the company for a net capital gains of $1.6 million on the sale, an Energy Department spokesperson confirmed. The move, first reported by Politico, fulfilled the secretary’s obligations under her ethics agreement three months before an August deadline.

Before the Senate confirmed her to lead the Energy Department in late February, Granholm had served on Proterra’s board, according to an Office of Government Ethics (OGE) filing. She had promised in a January letter to the OGE to sell off her unvested Proterra stock options within 180 days of assuming office. 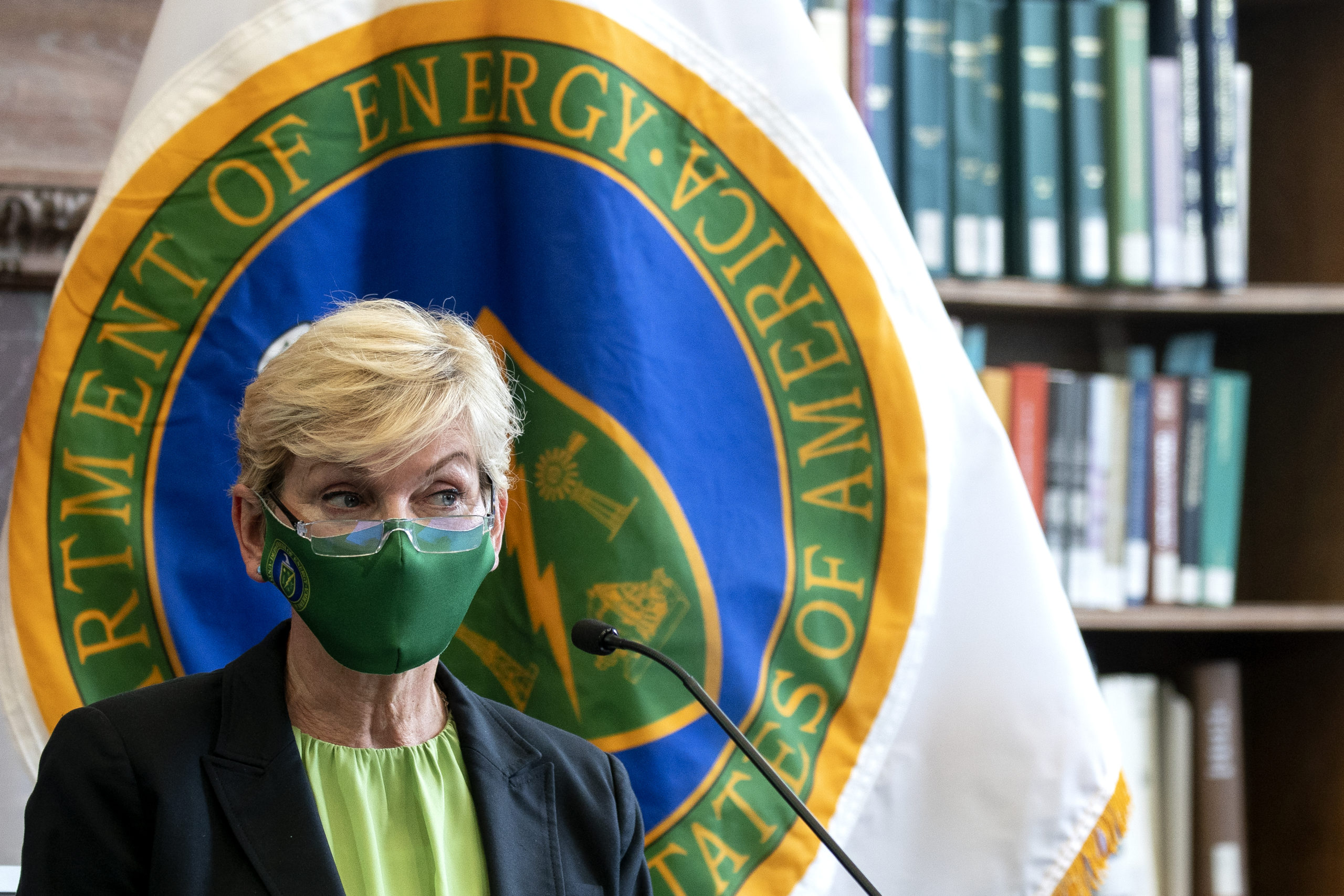 Energy Secretary Jennifer Granholm speaks during a roundtable discussion on May 3, 2021 at Howard University in Washington, D.C. (Stefani Reynolds-Pool/Getty Images)

“Secretary Granholm has acted in full accordance with the comprehensive ethical standards set by the Biden Administration and has completed her divestment well ahead of the time required by her ethics agreement,” the department spokesperson said.

Republican South Carolina Rep. Ralph Norman, ranking member of the House Oversight Committee’s Subcommittee on Environment, informed Granholm earlier this month that he is conducting oversight into the potential conflict of interest.

President Joe Biden signed an executive order in late February ordering the secretary to produce a report “identifying risks in the supply chain for high-capacity batteries, including electric-vehicle batteries, and policy recommendations.”

The president’s climate agenda promotes electric vehicle manufacturing as part of his administration’s efforts to transition toward renewable energy. His infrastructure plan would allocate $174 billion for electric vehicles and vehicle charging stations.

Biden also attended a virtual tour of Proterra’s electric battery plant in South Carolina last month, where he promised to build up to 50,000 vehicle charging stations nationwide. But the White House said Granholm was not involved in the planning of that visit, according to Politico.