“The President is looking forward to hosting Senator Capito on Wednesday afternoon at the White House, where they will continue their bipartisan negotiations about investing in our middle class and economic growth through infrastructure,” the White House said.

The upcoming meeting was first reported by Punchbowl.

Transportation Secretary Pete Buttigieg told CNN’s “State of the Union” on Sunday that “a clear direction” on the talks must be evident by June 7, when Congress returns. Buttigieg noted that it’s “encouraging to see the healthy conversations” but reminded Americans that Biden has promised to deliver on the plan.

“This week Congress is out of Washington, but it’s very much going to be a workweek for us and for the conversations that are ongoing with Congress. By the time that they return, which is June 7, just a week from tomorrow, we need a clear direction,” Buttigieg told CNN’s Jake Tapper. 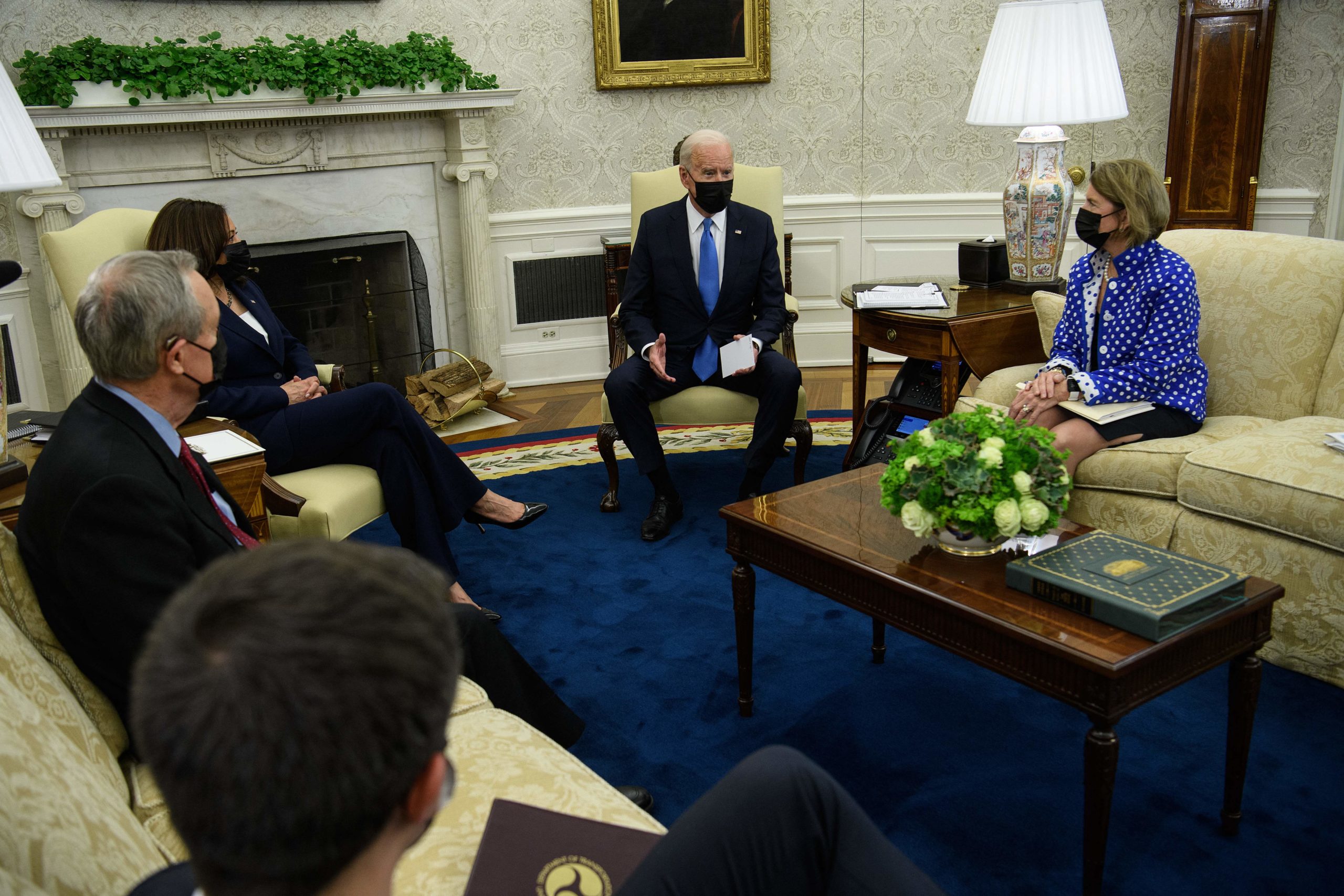 US President Joe Biden(C) and Vice President Kamala Harris(L) meet with Republican Senator from West Virginia Shelley Moore Capito (R) and Republican Senator Mike Crapo of Idaho (frontL) to discuss an infrastructure bill in the Oval Office at the White House in Washington, DC, on May 13, 2021. (NICHOLAS KAMM/AFP via Getty Images)

Republicans and the White House have been negotiating on Biden’s original proposal, which was set to cost roughly $2.3 trillion. Republicans countered with a $568 billion proposal in April that appeared dead on arrival. The latest counteroffer from Republicans puts $928 billion on the table and focuses largely on roads, bridges, public transit, ports and waterways. (RELATED: Infrastructure Talks Hit Snag After GOP Response To Biden’s Counteroffer)

Capito told Fox News on Sunday that she believes progress is being made in negotiations.

“I think the president is making the decisions,” Capito explained. “I think we are building those blocks towards a really good, solid infrastructure package that has bipartisan support. So we’re responding to what the president has said. He told me on the phone just the day before yesterday, ‘Let’s get this done.’ And I think that means he has his heart is in this, we have had some back and forth with the staff who pulled back a little bit, but I think we’re smoothing out those edges.”