President Joe Biden called on America to remember the Tulsa Race Massacre during remarks given Tuesday in Tulsa, Oklahoma.

“You can’t just choose to learn what we want to know and not what we should know,” Biden said. “We should know the good, the bad, everything. That’s what great nations do. They come to terms with their dark sides, and we are a great nation. The only way to build common ground is to truly repair and to rebuild. I come here to help fill the silence because in silence wounds deepen.”

Biden is the first president to participate in the remembrance event, The Associated Press previously reported. Prior to his remarks Tuesday, Biden met with three surviving members of the 1921 massacre that some historians estimate killed up to 300 black people.

“My fellow Americans, this was not a riot,” Biden declared. “This was a massacre.”

The president also noted that there weren’t any arrests made and no formal count of the dead following the massacre, which took place from May 31 to June 1.

In the latter part of his speech, Biden blasted new voting laws being implemented in various parts of the country and took a jab at two Democratic senators – Joe Manchin of West Virginia and Kyrsten Sinema of Arizona – for allegedly voting “more with” his “Republican friends.”

The White House unveiled new efforts to address the wealth gap for black communities prior to Biden’s speech. The administration is partly focused on homeownership and business ownership for “communities of color and disadvantage communities.” 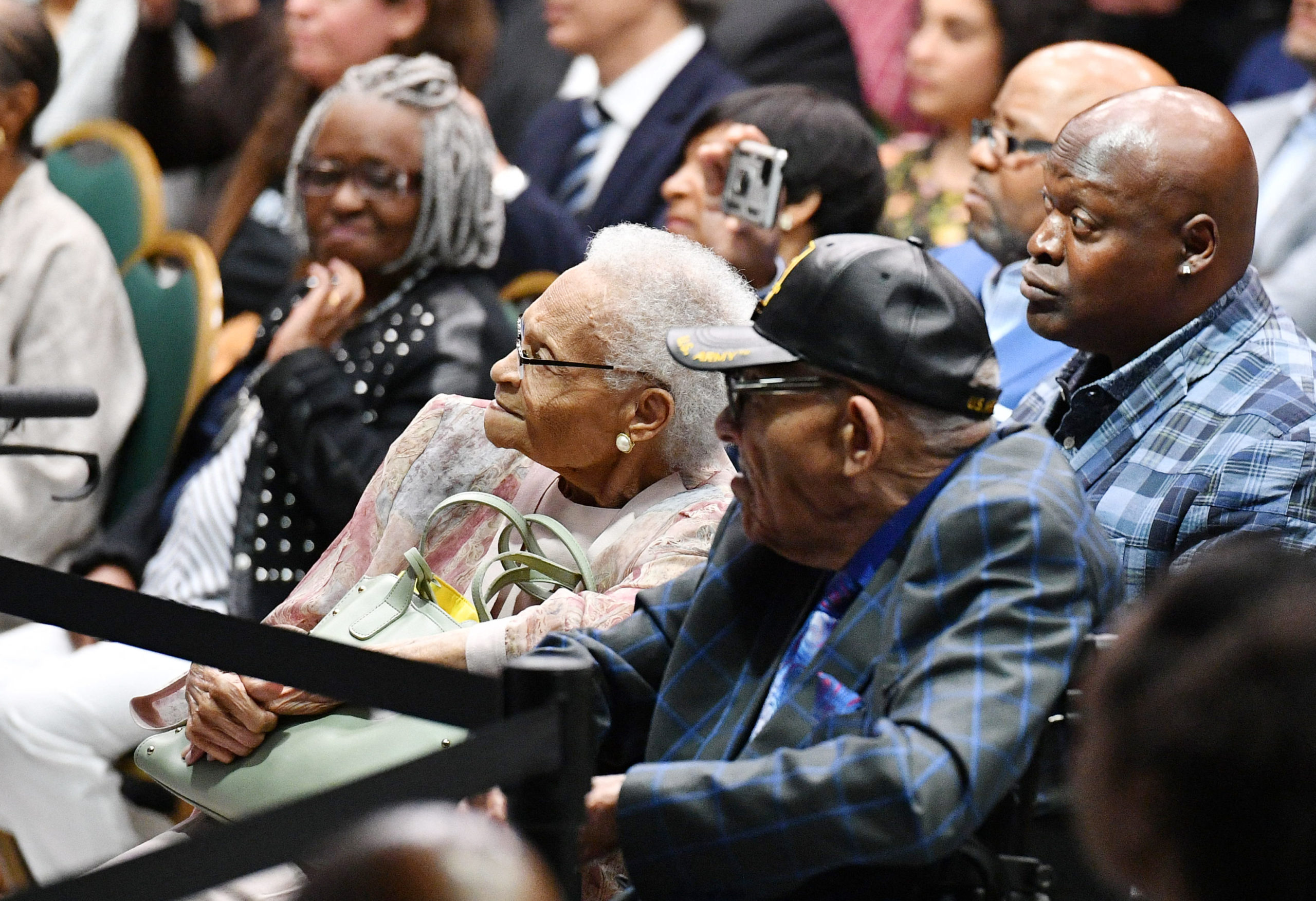 Tulsa race massacre Survivors Viola Fletcher (C) and Hughes Van Ellis (C R) listen to US President Joe Biden as he speaks on the 100th anniversary of the Tulsa Race Massacre at the Greenwood Cultural Center in Tulsa, Oklahoma on June 1, 2021. (MANDEL NGAN/AFP via Getty Images)

The initiatives include a plan to address racial discrimination in the housing market and an effort to grow federal contracting with disadvantaged businesses by 50%. (RELATED: Biden Taps Kamala Harris To Lead Administration’s Voting Rights Efforts As Democratic Hopes Fizzle In Senate)