The U.S. Chamber of Commerce characterized the worker shortage as a crisis that is hurting businesses of all sizes and slowing the nation’s economic recovery.

The biggest challenge U.S. businesses currently face is the lack of qualified workers to fill open jobs, according to the Chamber of Commerce’s America Works Report released Tuesday morning. The national Worker Availability Ratio (WAR) — or ratio of number of available workers to number of available jobs — has dropped over the last several months, the report found.

The current WAR is 1.4, meaning for every job opening there are one or two workers available, according to the America Works Report. The historical WAR average over the last 20 years is 2.8.

“The worker shortage is real — and it’s getting worse by the day,” Chamber of Commerce President and CEO Suzanne Clark said in a statement. (RELATED: Job Searches Increased In Republican States Canceling Federal Unemployment Boost: Report)

The leisure and hospitality, wholesale and retail trade, manufacturing, and financial activities industries all have low WAR, the report showed. Professional and business services, educational and health services, and government have WAR below 1, which suggests there are more job openings than available workers. 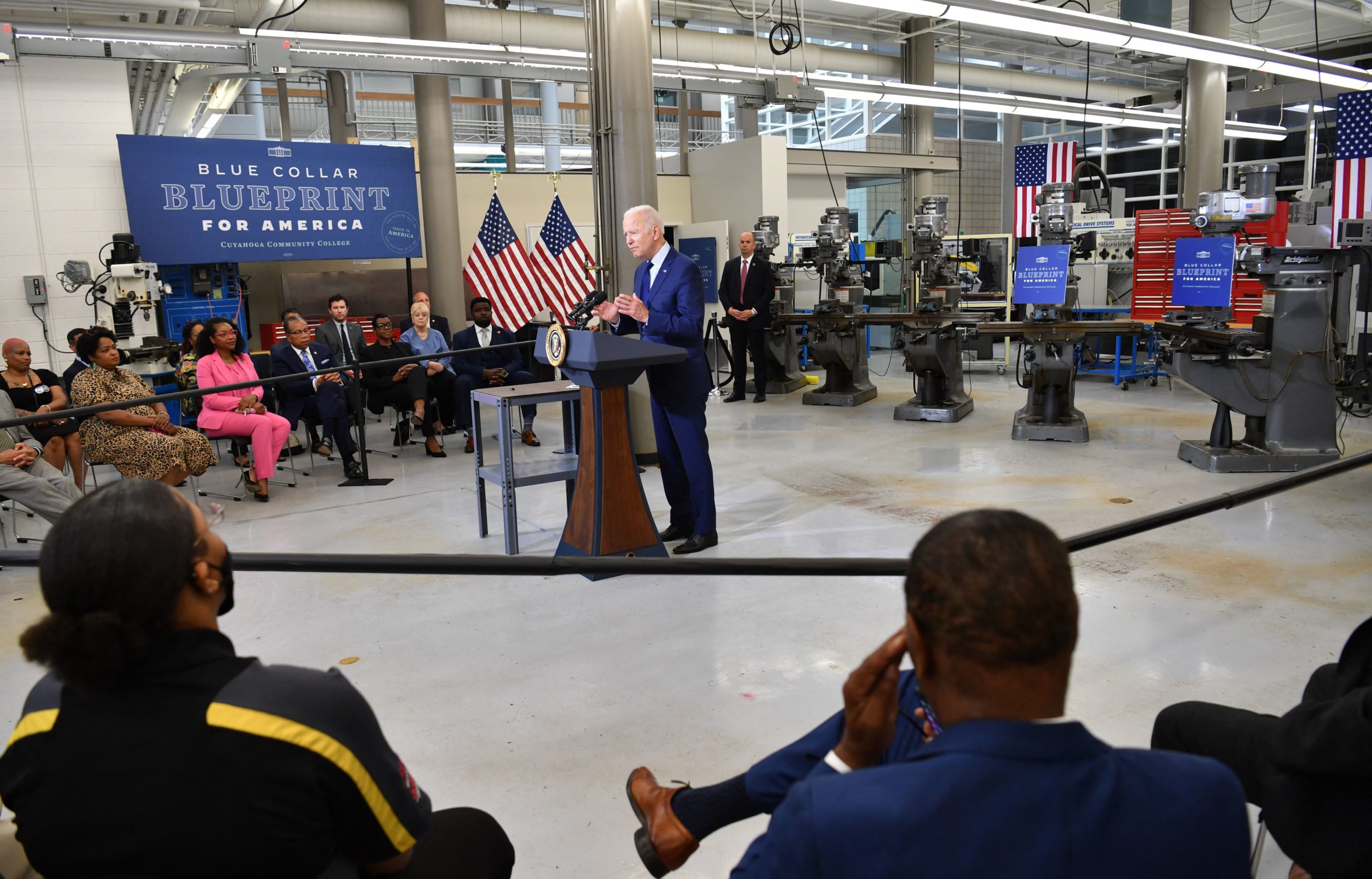 President Joe Biden speaks about the economy on May 27 in Cleveland, Ohio. (Nicholas Kamm/AFP via Getty Images)

More than 90% of local chambers of commerce reported that the lack of available workers was the main factor slowing the economic recovery in their area, according to a survey included in the report Tuesday. Nearly 70% said it was “very difficult” for businesses to to find available workers.

The majority of businesses are having a tougher time finding workers now than they did five years ago, according to the report.

“Keeping our economy growing requires that we fill these jobs,” the report said. “To do so, we need to remove barriers that prevent people from entering the workforce, get individuals the skills they need for the open positions, and enact sensible immigration policy.”

The report was released as part of the Chamber of Commerce’s America Works Initiative, which Clark called “Operation Warp Speed for jobs,” Axios reported. The initiative seeks to bring together private and public entities to bolster job opportunities for Americans of all backgrounds.

The U.S. economy, which has been steadily recovering from the coronavirus pandemic, added just 266,000 jobs in April. Meanwhile, U.S. job openings hit a record of more than 8 million in March, according to recently released government data.

The Chamber of Commerce and Republicans blamed the weekly $300 federal unemployment bonus for the lackluster jobs report and labor shortage.

“The disappointing jobs report makes it clear that paying people not to work is dampening what should be a stronger jobs market,” Chamber of Commerce Chief Policy Officer Neil Bradley said in a statement after the April jobs report release.