A U.S. government official reportedly ordered his employees not to publicly acknowledge American connections to and funding of the Wuhan Institute of Virology (WIV), the site implicated in a potential lab-leak coronavirus origin theory.

Christopher Park did not want to open the “Pandora’s Box” of U.S. funding for gain-of-function research, according to a Thursday Vanity Fair report. The U.S. government indirectly funded gain-of-function at WIV through grants to the nonprofit group EcoHealth Alliance. That funding was not subject to a Department of Health and Human Services (HHS) review board that could have rejected the grant, because the sub-agency that awarded grants did not alert the review board.

Park, the director of the State Department’s Biological Policy Staff in the Bureau of International Security and Nonproliferation, reportedly told his employees not to say anything publicly in reference to that funding, an individual who attended the meeting where he gave his order reportedly told Vanity Fair. The individual reportedly described his comments as “so nakedly against transparency” as to be “shocking and disturbing.”

Park’s comments “smelled like a cover-up,” according to Thomas DiNanno, former acting assistant secretary of the State Department’s Bureau of Arms Control, Verification and Compliance. Park had pushed for the U.S. to resume funding gain-of-function research in 2017, according to Vanity Fair.

“I am skeptical that people genuinely felt they were being discouraged from presenting facts,” Park told Vanity Fair. It “is making an enormous and unjustifiable leap … to suggest that research of that kind [meant] that something untoward is going on,” he continued.

EcoHealth Alliance distributed $600,000 in U.S. taxpayer dollars to WIV between 2014 and 2019 for the purpose of studying bat-based coronaviruses. The money was granted to EcoHealth by the National Institute for Allergy and Infectious Diseases (NIAID), the National Institutes of Health sub-agency led by White House senior medical adviser Dr. Anthony Fauci.

The money was distributed during a government moratorium on gain-of-function research.

The WIV also received $559,000 from the United States Agency for International Development (USAID), according to the report. 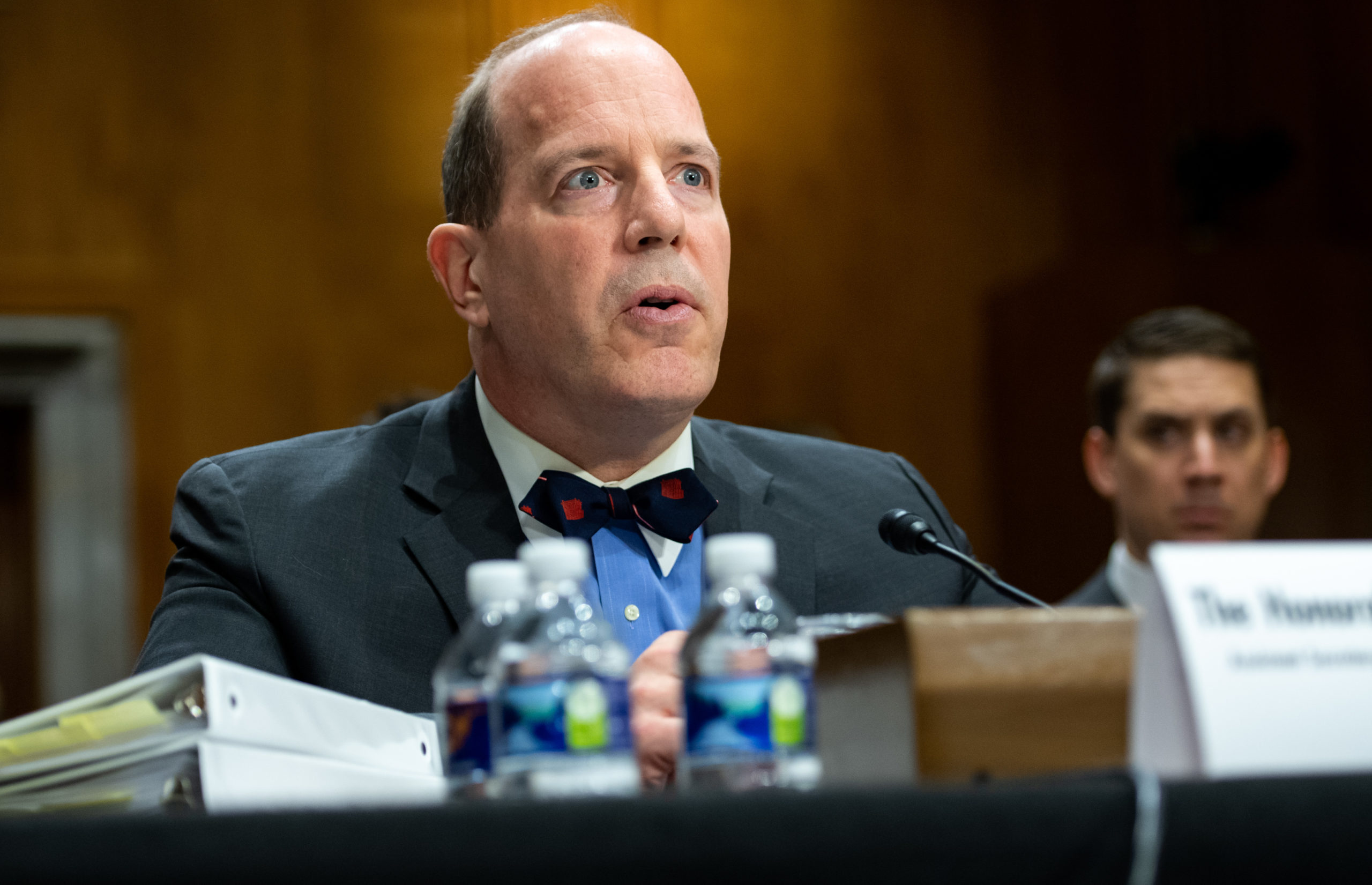 Christopher Ford, Assistant Secretary for International Security and Nonproliferation at the State Department, testifies on US policy in Russia during a Senate Foreign Relations Committee hearing on Capitol Hill in Washington, DC, December 3, 2019. (Photo by SAUL LOEB/AFP via Getty Images)

Acting Undersecretary of State for Arms Control and International Security Chris Ford repeatedly downplayed the lab-leak hypothesis to DiNanno and other researchers. He also wrote a memo arguing that officials should not view the Chinese People’s Liberation Army’s “involvement in classified virus research [a]s intrinsically problematic, since the U.S. Army has been deeply involved in virus research in the United States for many years.”

Ford told Vanity Fair that he was trying to avoid “stuff that makes us look like the crackpot brigade.”

During President Joe Biden’s term, however, the lab-leak theory has received new attention from a less hostile media. Aaron Blake, a Washington Post reporter, blamed the Trump administration for not pushing hard for the release of intelligence promoting the lab-leak theory. He argued that the administration invited “caution and skepticism” because of the way “Trump handled such things.”

Biden ordered the intelligence community to provide an assessment of the origins of COVID-19 within 90 days on May 26.