A Russian court in Krasnoyarsk sentenced 47-year old Andrey Stupnikov to prison for six years, Jehovah’s Witnesses spokesman Jarrod A. Lopes said in a press release. Stupnikov had spent almost eight months in pretrial detention and four months under house arrest during the investigation and trial, the press release said. 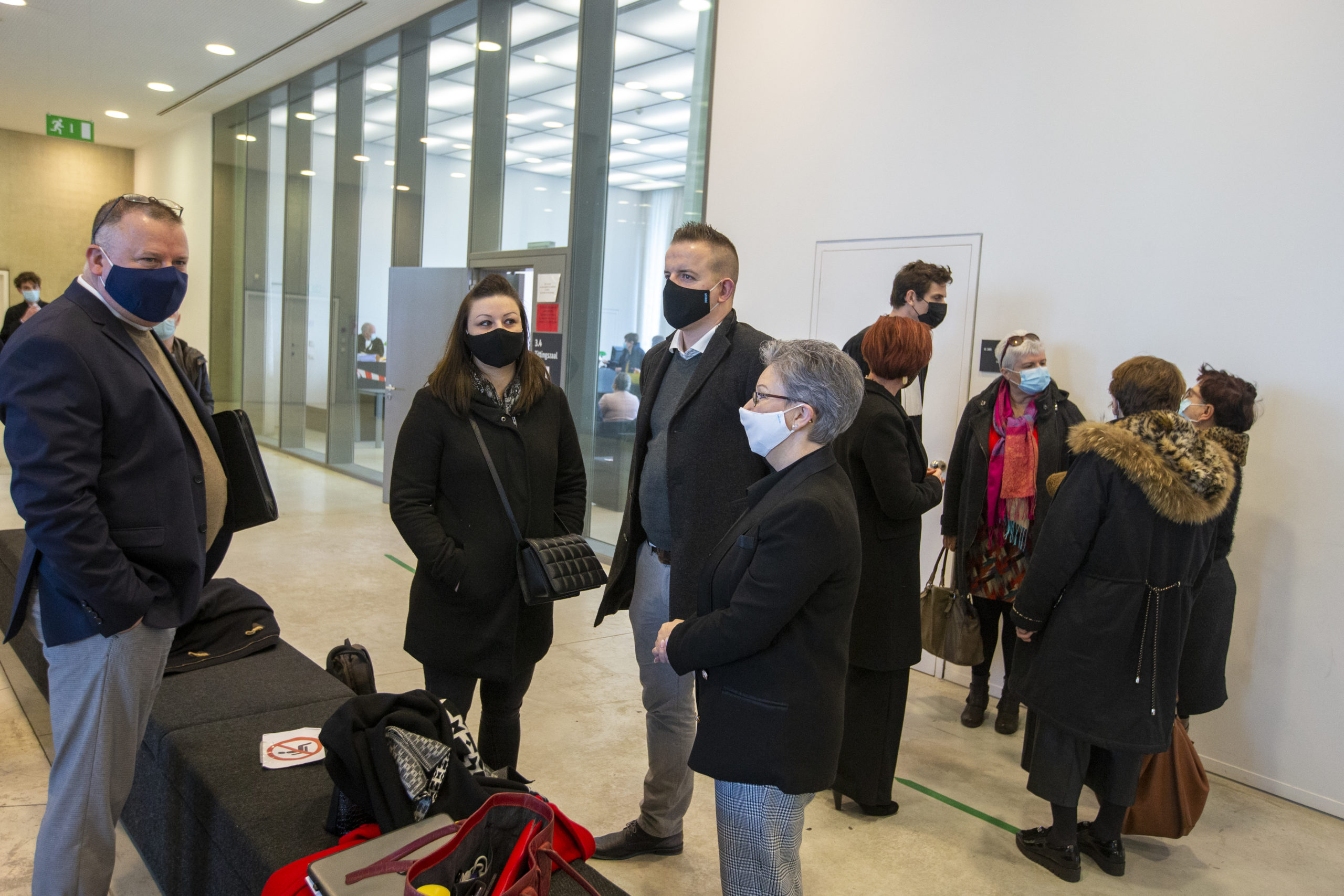 The civil parties pictured ahead of a session of the Jehovah’s Witnesses trial at the correctional court, in Gent, Tuesday 16 February 2021. The Jehovah’s Witnesses are accused of four charges, inciting religious discrimination against an individual and a group, and incitement to hatred or violence against an individual and a group. (NICOLAS MAETERLINCK/BELGA MAG/AFP via Getty Images)

“Russian authorities are targeting Jehovah’s Witnesses based on tragically poor intel,” Lopes said in a statement. “The authorities’ mistaken views are obvious not only by their testimonies in court but also by the manner in which they raid the Witnesses’ homes. FSB and local police typically arrive by the van-load in full combat gear—helmets, bullet proof vests, and automatic weapons—merely to arrest peaceful family men and women, including frail elderly believers.”

“Numerous international human rights actors have decried Russia’s baseless assault on Jehovah’s Witnesses,” Lopes added. “We hope the Russian authorities will soon come to know what most of the world knows about Jehovah’s Witnesses: they are societally responsible Christians who want nothing more than to have the freedom to worship in Russia as they do in over 200 other lands.”

“The Russian government’s criticism of the International Religious Freedom or Belief Alliance (IRFBA) is an attempt to divert attention and deflect accountability from the dire religious freedom issues in the country,” a State Department official said in late May, according to the Washington Examiner. “Religious minority groups, especially Jehovah’s Witnesses, are continually subjected to physical abuse, harassment, and imprisonment on account of their beliefs.” 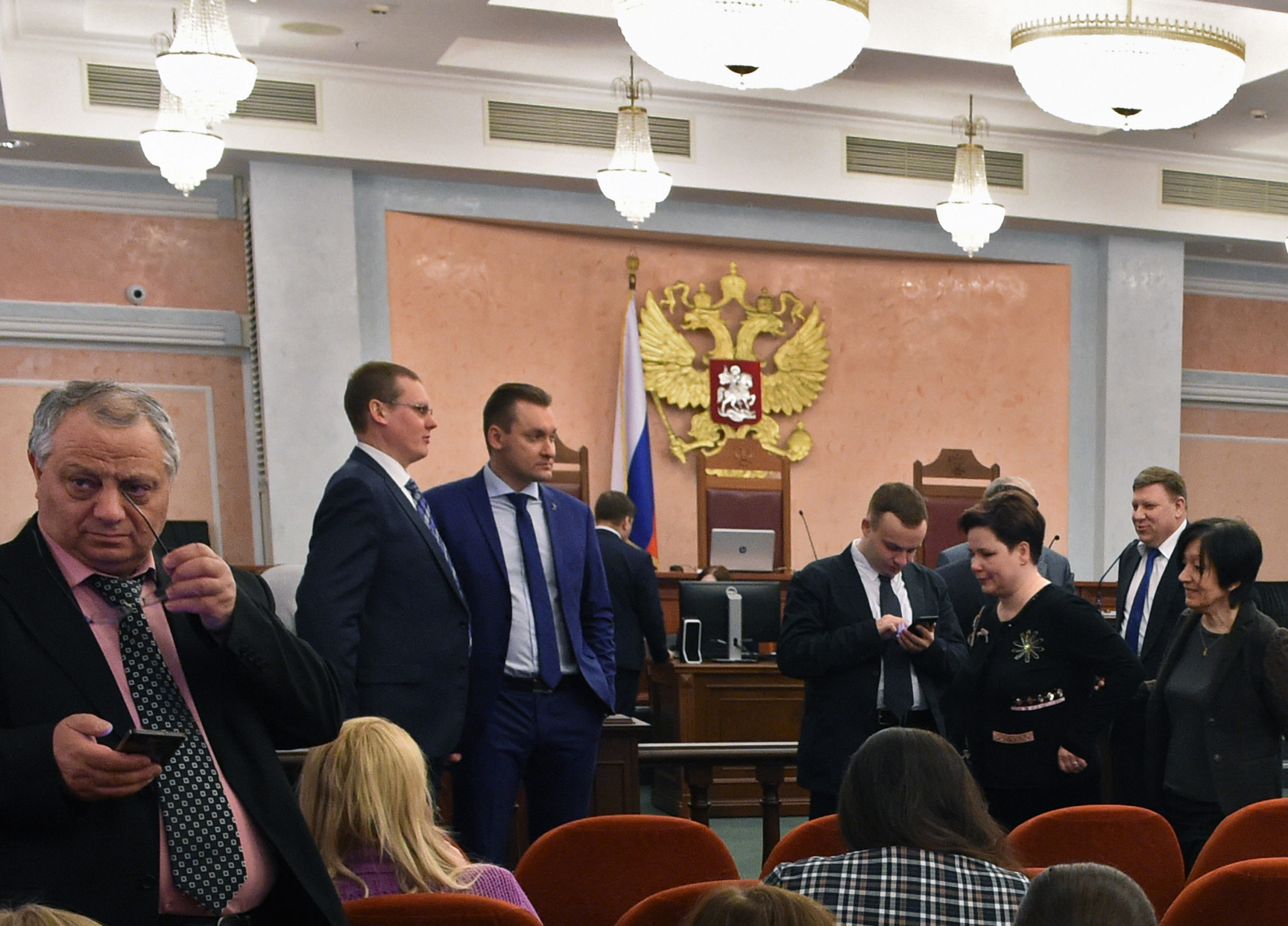 Participants attend a hearing on the justice ministry request to ban the Jehovah’s Witnesses at Russia’s Supreme Court in Moscow on April 20, 2017.
Russia’s Supreme Court on April 20 issued a ruling banning Jehovah’s Witnesses after finding the group to be extremist. / AFP PHOTO / Vasily MAXIMOV (Photo credit should read VASILY MAXIMOV/AFP via Getty Images)

Russian ambassador-at-large Gennady Askaldovich told the upper house of Russia’s legislature in late May that “the religious factor is increasingly becoming a serious foreign policy weapon,” the Examiner reported, adding that “this structure is absolutely unacceptable for us as it is an openly U.S.-controlled interstate mechanism potentially capable of using sanctions against countries they don’t like.” (RELATED: Jehovah’s Witness Reportedly Tortured, Shocked And Choked By Russian Officers)

“Russia continues to trend in the wrong direction on religious freedom, a freedom enshrined in the Universal Declaration on Human Rights,” the State Department official told the Examiner. “Since the launch of IRFBA in February 2020, the United States has joined like-minded partners in challenging those undermining religious freedom, including governments and non-state actors attempting to politicize and oppress religious communities. These efforts complement existing work on religious freedom within the United Nations and other competent multilateral and regional organizations.”

The State Department did not immediately respond to a request for comment from the Daily Caller News Foundation.