The carrier plans to buy 35 additional airplanes if the Boom “Overture” airplanes meet its safety, operating, and sustainability requirements, according to a United press release.

Overture airplanes can fly up to Mach 1.7, roughly 1304.36 miles per hour, which is close to twice the speed of sound, according to a fact sheet from Boom and the United news release. As a result, the airplanes could travel to over 500 destinations quicker than contemporary commercial airplanes, halving the time conventional jetliners would take. (RELATED: ‘Only Diseased People Think Like This’: Tucker Carlson Lays Into United Airlines ‘Equity’ Policy)

United plans to deploy these airplanes on potential routes such as Newark to London, Newark to Frankfurt, and San Francisco to Tokyo, the news release states. 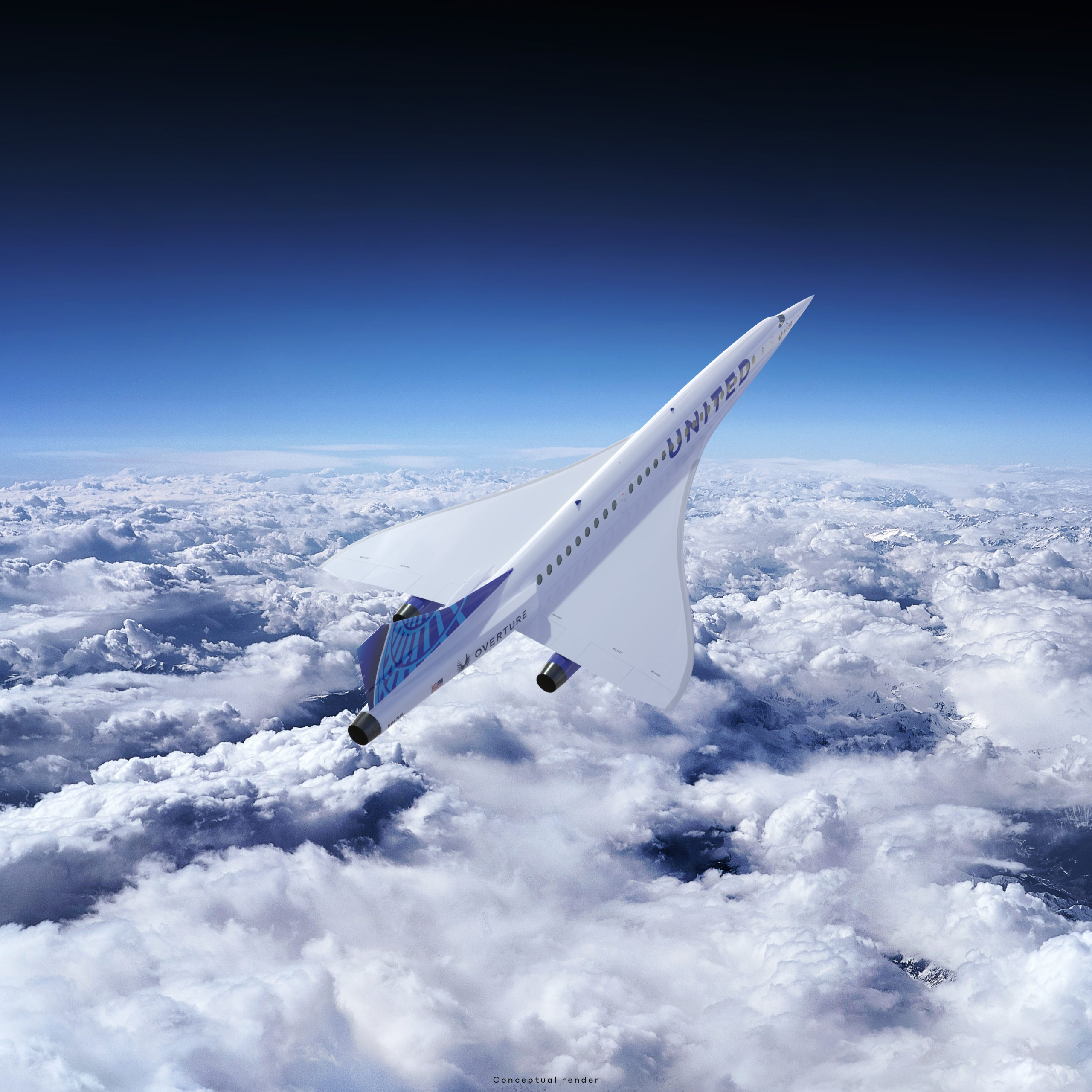 SAF is fuel “produced from sustainable feedstocks,” according to information from British Petroleum (BP). Major aircraft manufacturers such as Airbus and Boeing have planned to integrate this new fuel technology into their products. 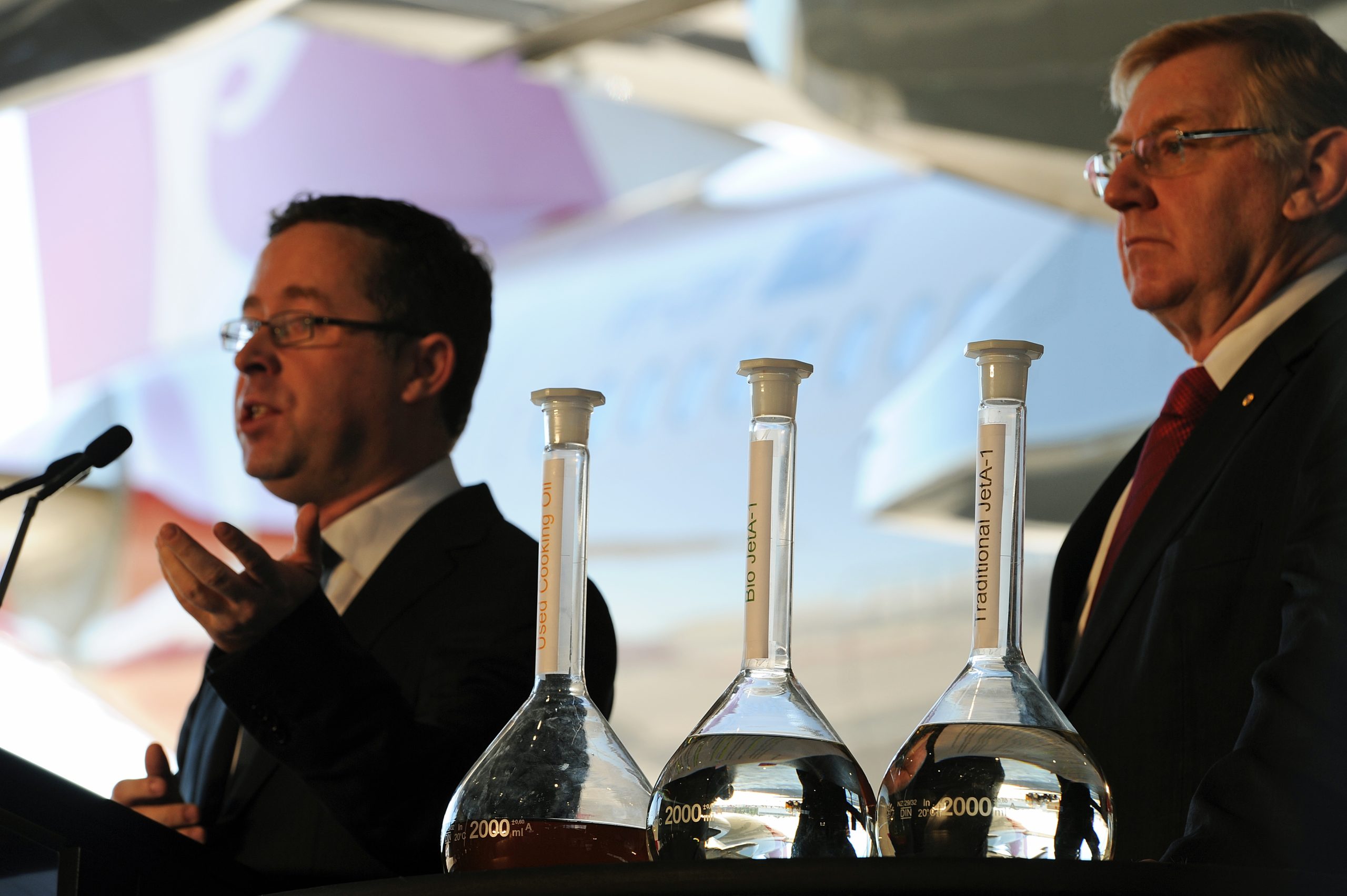 Qantas chief executive Alan Joyce (L), with Martin Ferguson, the minister for resources, energy, and tourism (R), speaks during a media conference at Sydney Airport ahead of Australia’s first flight powered by sustainable aviation fuel on April 13, 2012. The Qantas flight from Sydney to Adelaide and return used a fuel type derived from recycled cooking oil, a 50:50 blend of biofuel, and conventional jet fuel certified for use in commercial aviation. (Photo: GREG WOOD/AFP via Getty Images)

Chemically similar to conventional fossil jet fuel, SAF reduces the emissions produced by airplanes by up to 80%, according to BP.

The “sustainable feedstocks” that go into producing SAF include “cooking oil and other non-palm waste oils from animals or plants; solid waste from homes and businesses, such as packaging, paper, textiles, and food scraps that would otherwise go to landfill or incineration, [and] forestry waste, such as waste wood, and energy crops,” according to BP.

Overture aircraft are also designed with “latest noise-reducing technologies,” according to Boom.

One of the concerns surrounding supersonic flights is the loud noise they produce, according to information from the Federal Aviation Administration.

“The overall impact of Overture on airport communities will be similar to the long-haul aircraft it replaces,” Boom said, adding that Overture aircraft “will only fly at supersonic speeds over the ocean, eliminating community exposure to sonic booms.”

We’re the first U.S. airline to sign an agreement for @boomaero‘s ‘Overture’ airliners which are expected to be net-zero carbon and connect 500+ cities in nearly half the time. Taking off in 2029: https://t.co/aTeMBwXa10 #BoomSupersonic pic.twitter.com/GOeag9c1HF

Boom plans to rollout Overture planes in 2025, conduct their first flight in 2026, and begin passenger flights in 2029.