The U.S. economy reported an increase of 559,000 jobs in May and the unemployment rate declined to 5.8%, according to Department of Labor data released Friday.

Total non-farm payroll employment increased by 559,000 in May, according to the Bureau of Labor Statistics (BLS) report, and the number of unemployed persons dropped to 9.3 million. Economists projected 671,000 Americans would be added to payrolls prior to Friday’s report, according to The Wall Street Journal.

“We think it will take several months for frictions in the labor market to work themselves out,” Barclays chief U.S. economist Michael Gapen told the WSJ. “That just means we shouldn’t be expecting one to two million jobs every month. Instead, it will be a more gradual process.”

The private sector added nearly a million jobs in May, payroll firm ADP reported Thursday. Midsize companies, or those with between 50 and 499 employees, led the way, adding 338,000 jobs last month in ADP’s calculation.

The U.S. has added roughly 2 million jobs since January as the economy continues to recover from the coronavirus pandemic.

However, after a strong March jobs report, the U.S. economy added just 266,000 jobs in April. Economists had projected a million new jobs to be added in that month. (RELATED: April Job Growth Was Far Short Of Expectations. Here’s Why Hiring Slowed) 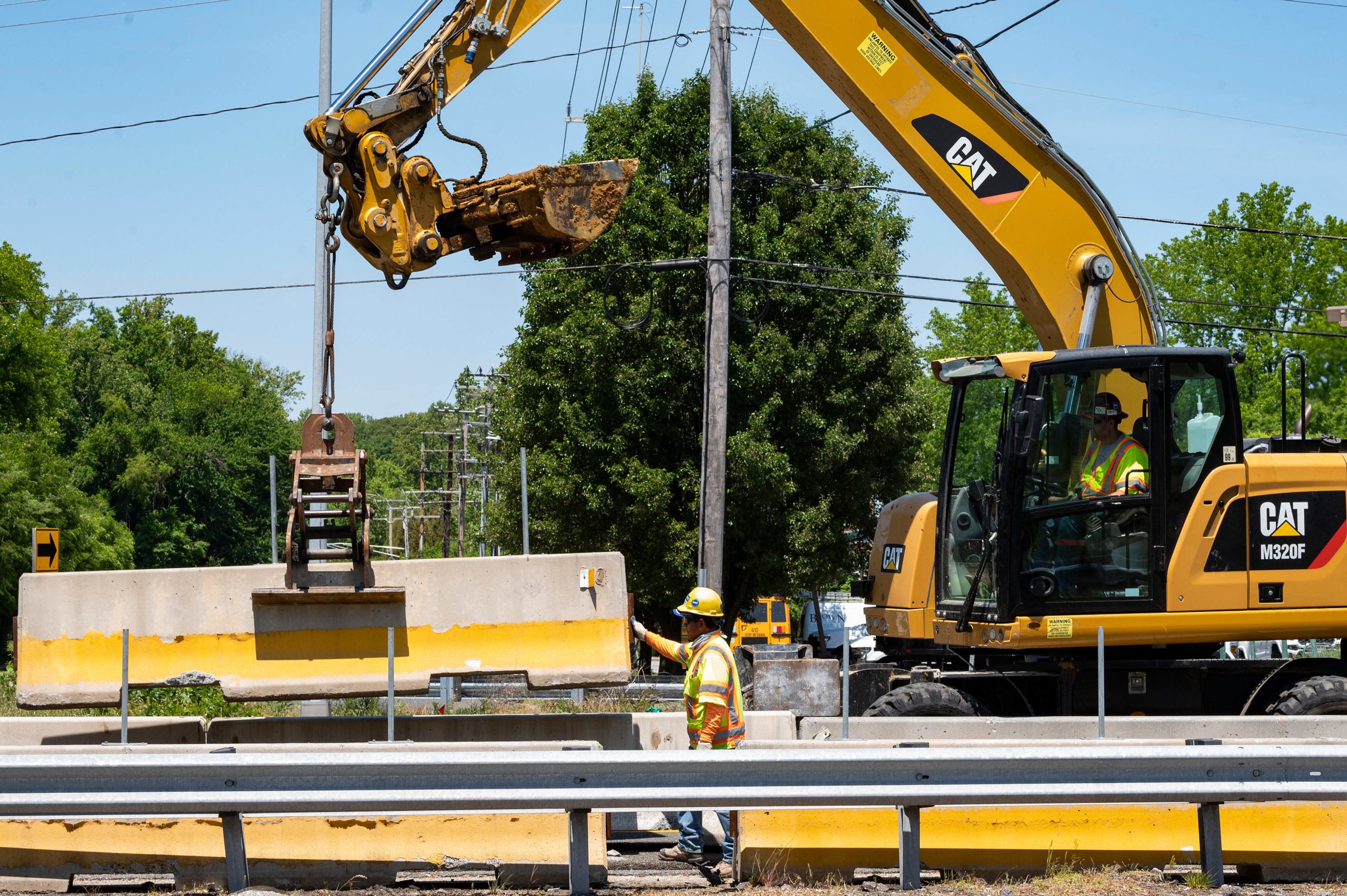 Construction workers move road barriers into place at a project site in Annapolis, Maryland on May 21. (Jim Watson/AFP via Getty Images)

President Joe Biden has focused his efforts recently on negotiating an infrastructure package. On Wednesday, he met with Republican Sen. Shelley Moore Capito to discuss how the two sides could compromise.

“To sum it up: COVID cases are down, COVID deaths are down, unemployment filings are down, hunger is down, vaccinations are up, jobs are up, growth is up,” he continued.

The economy grew 6.4% in the first quarter of 2021, a positive sign of economic recovery, the Commerce Department reported in April. New jobless claims hit another pandemic-low, dropping below 400,000 on Thursday.

Inflation, though, has increased to levels that haven’t been reached for more than a decade. But the rise in consumer prices will likely be temporary, experts have said.

Average coronavirus cases and deaths have declined precipitously since the beginning of the year, according to Centers for Disease Control and Prevention (CDC). On Thursday, the U.S. reported 437 new coronavirus-related deaths and 14,354 new cases.

The U.S. has administered nearly 300 million vaccinations, meaning 63% of U.S. adults have received at least one coronavirus vaccine dose, according to the CDC.