Microsoft’s search engine Bing appeared to censor images of the protester who stood in front of a Chinese tank during the 1989 Tiananmen Square protests.

A Bing Images search of “tank man” yielded no results and a prompt for the user to check their spelling as of Friday afternoon. However, an identical search on Google Images produced hundreds of results including many of the iconic moment.

The famous “tank man” photo was taken on June 5, 1989, one day after the 1989 massacre in which Chinese troops fired indiscriminately upon civilians demonstrating against the government, killing hundreds. The photo showed a Chinese protester, who has since become known as “tank man,” standing in front of a procession of Chinese tanks rolling through Tiananmen Square.

“I’d love to hear [Microsoft President Brad Smith’s] explanation on this,” Shane Huntley, the director of Google’s Threat Analysis Group, tweeted on Friday. “I know Microsoft censor for the [Chinese Communist Party] in China, but this search is from the US.”

“This is due to an accidental human error and we are actively working to resolve this,” a Microsoft spokesperson told the Daily Caller News Foundation. 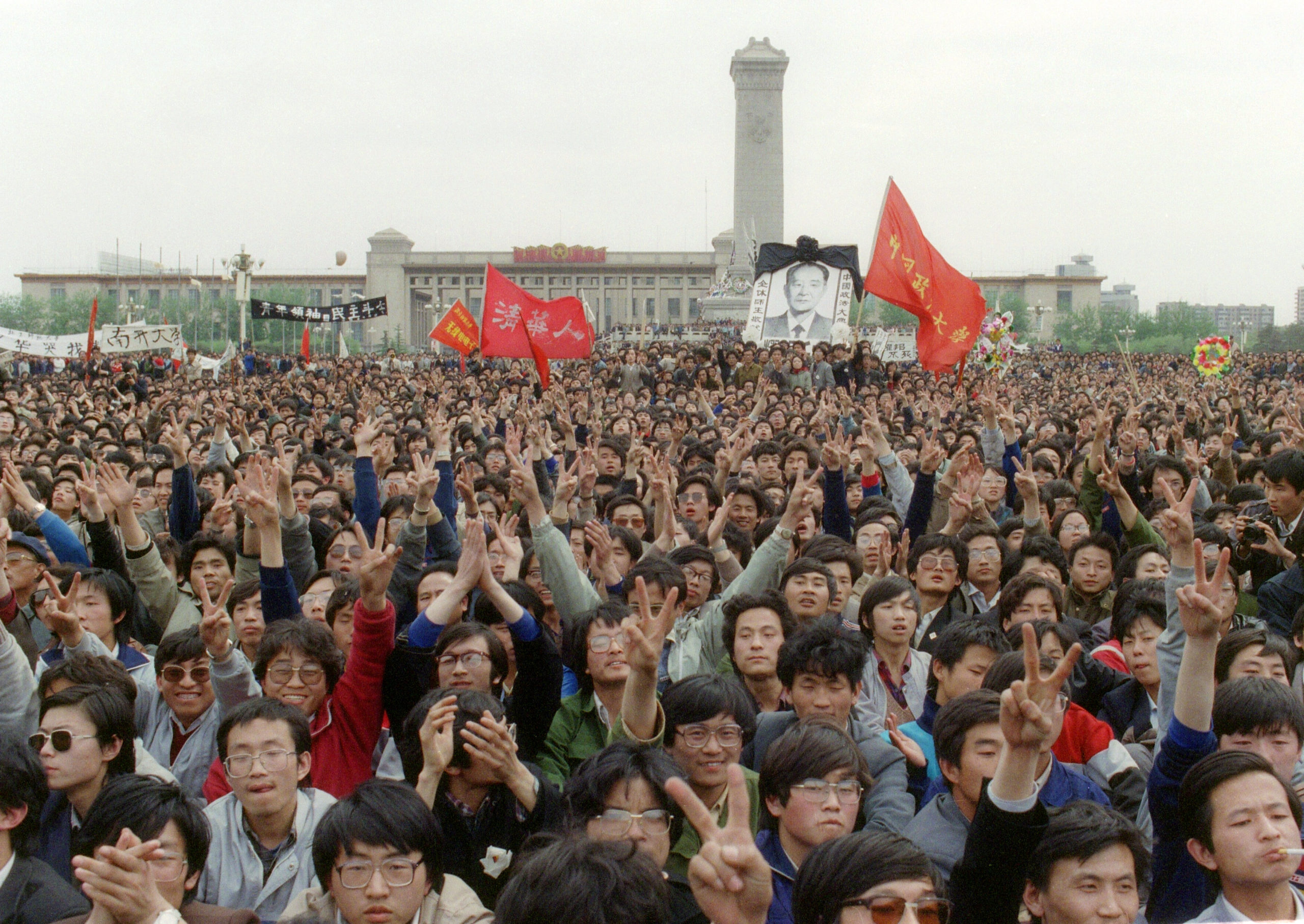 Students gesture and shout slogans during the 1989 protest in Tiananmen Square in Beijing, China. (Catherine Henriette/AFP via Getty Images)

Bing is the third-largest search engine in China behind the Chinese-owned websites Baidu and Sogou, according to Statista. China has blocked a variety of American websites including Google from operating within its borders, but Bing isn’t among those sites, Business Insider reported in 2019.

Microsoft has reportedly censored content for years at the behest of the Chinese government. The company has complied with the government’s authoritarian rules, which ban content that mentions the Tiananmen Square massacre, Taiwan being its own sovereign nation and the Dalai Lama on both Bing and LinkedIn, according to Wired, The Guardian and Business Insider.

Bing was briefly blocked from the Chinese internet in 2019 for “illegal content” before Microsoft resolved the issue, CNN reported.

Friday marked the 32nd anniversary of the massacre.