The family of an 8-year-old girl who was fatally shot in Atlanta in July 2020 are suing the city, its mayor, and other officials over allegations that they were “negligent,” the Atlanta Journal-Constitution reported Monday.

The family of Secoriea Turner filed the complaint in Fulton County State Court and named the city, Mayor Keisha Lance Bottoms, Atlanta Police Chief Rodney Bryant, City Councilmember Joyce Sheperd and Wendy’s International, a spokesman for the The Cochran Firm, which is representing the family, told the Atlanta Journal-Constitution.

Family of Secoriea Turner sues city of Atlanta, Wendy’s for her death​ https://t.co/t1bZMgC3KE

The family alleged that the city leaders “were negligent in their duties by failing to remove armed vigilantes who had gathered alongside peaceful protesters at the Wendy’s where Rayshard Brooks was shot and killed.”

Rayshard Brooks was reported to police for falling asleep in a car in a Wendy’s drive-thru lane on June 12. After failing a sobriety test, physically struggling with responding officers and then grabbing a taser and running away, Brooks was shot and killed by police.

His death followed the murder of George Floyd weeks earlier, which caused protests and riots to erupt across the country, including in Atlanta. The Wendy’s restaurant where Brooks was shot was set ablaze. Protesters gathered at the site of Brooks’ death in the following weeks.

Police have only made one arrest in Turner’s killing, but say as many as four people were involved, according to the Atlanta-Journal Constitution. Julian Conley, 19, was charged with aggravated assault and felony murder in the case, but reportedly said he only witnessed the shooting. 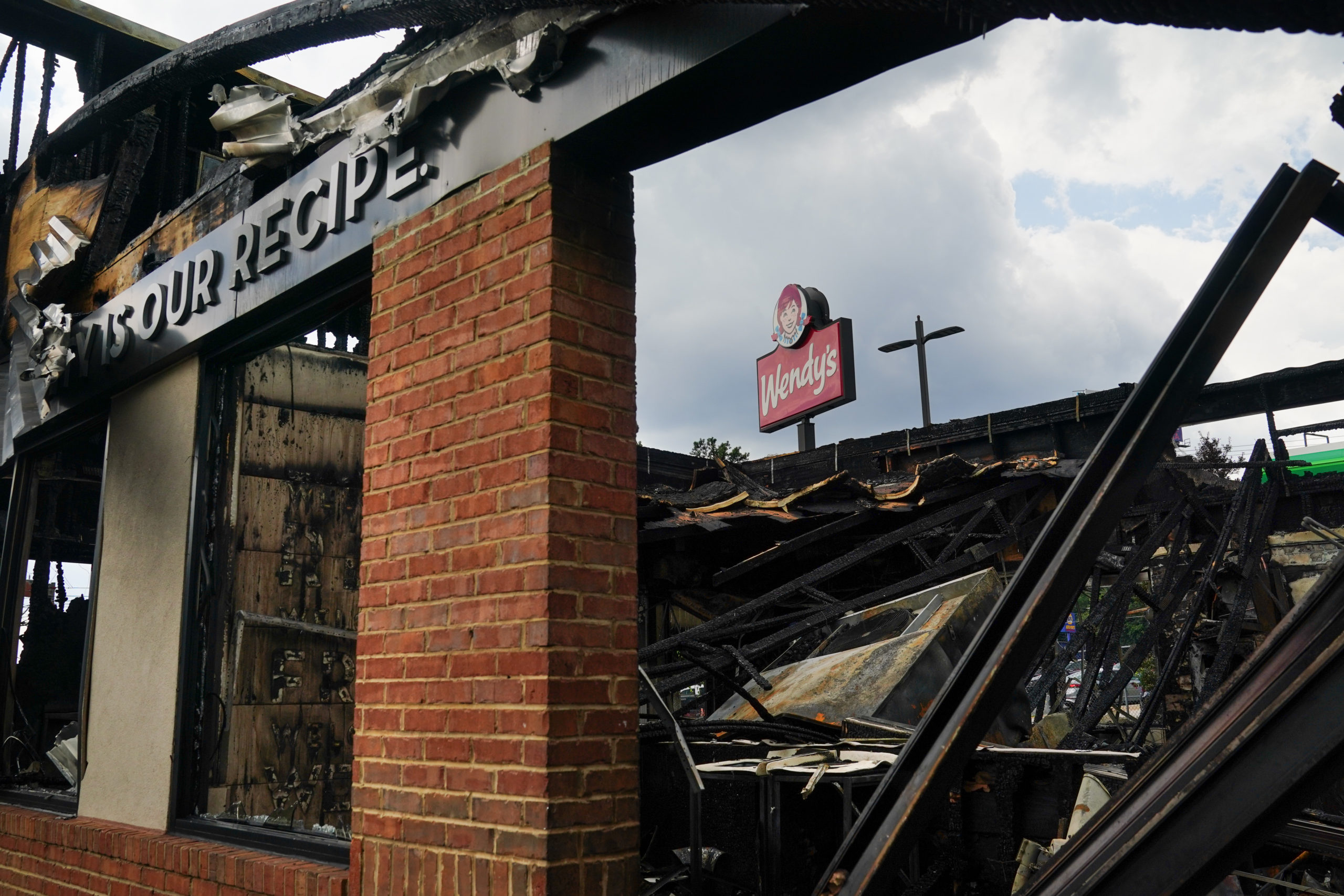 A burned Wendys restaurant is seen on the second day following the police shooting death of Rayshard Brooks in the restaurant parking lot June 14, 2020, in Atlanta, Georgia. (Photo by ELIJAH NOUVELAGE/AFP via Getty Images)

Mawuli Davis, one of the Turner family’s attorneys, gave Atlanta 30 days to consider settlement negotiations in October or face a $16 million lawsuit, according to the Atlanta-Journal Constitution.

“They knew that at least on two other occasions people had been shot,” Davis said at the time of the negotiations, according to the Atlanta-Journal Constitution. “They knew there were armed vigilantes blockading a public street, and they took no action.”

Following Turner’s death, Bottoms said that it was time for people to “clear out of that area” where Brooks was shot. (RELATED: ‘It’s Over’: Atlanta Mayor Says ProtestersShould Clear Out After 8-Year-Old Girl Shot And Killed)

“This discussion, this mediation, and … it’s over. At a point where an 8-year-old baby is killed, the discussions have ended.”