President Joe Biden’s administration is struggling to win over black Americans amid its push to increase COVID-19 vaccinations nationwide.

Less than 25% of black Americans have received at least one dose of the COVID-19 vaccine as of June 3, according to data compiled by the Centers for Disease Control and Prevention (CDC). Only 19.5% of the demographic is fully vaccinated.

These numbers are the lowest among racial and ethnic groups being tracked by the CDC, despite a push from the Biden administration to reach more vulnerable populations and expand vaccine access to “people in areas with low vaccination rates.” (RELATED: Vaccine Passports Would Hurt Minorities The Most, Data Shows)

The administration, in announcing a National Month of Action to get more people vaccinated by July 4, curated an initiative specifically aimed at black Americans. “Shots at the Shop” is meant to “engage black-owned barbershops and beauty salons across the country to support local vaccine education and outreach efforts.”

“Throughout the month of June, each participating shop will engage customers with information about the vaccines, display educational materials, and host on-site vaccination events in partnership with local providers,” the administration recently announced. “The ‘Shots at the Shop’ initiative will invite participation from across the country, with a particular focus on supporting shops in some of the hardest-hit localities still experiencing significant gaps in vaccination rates.” 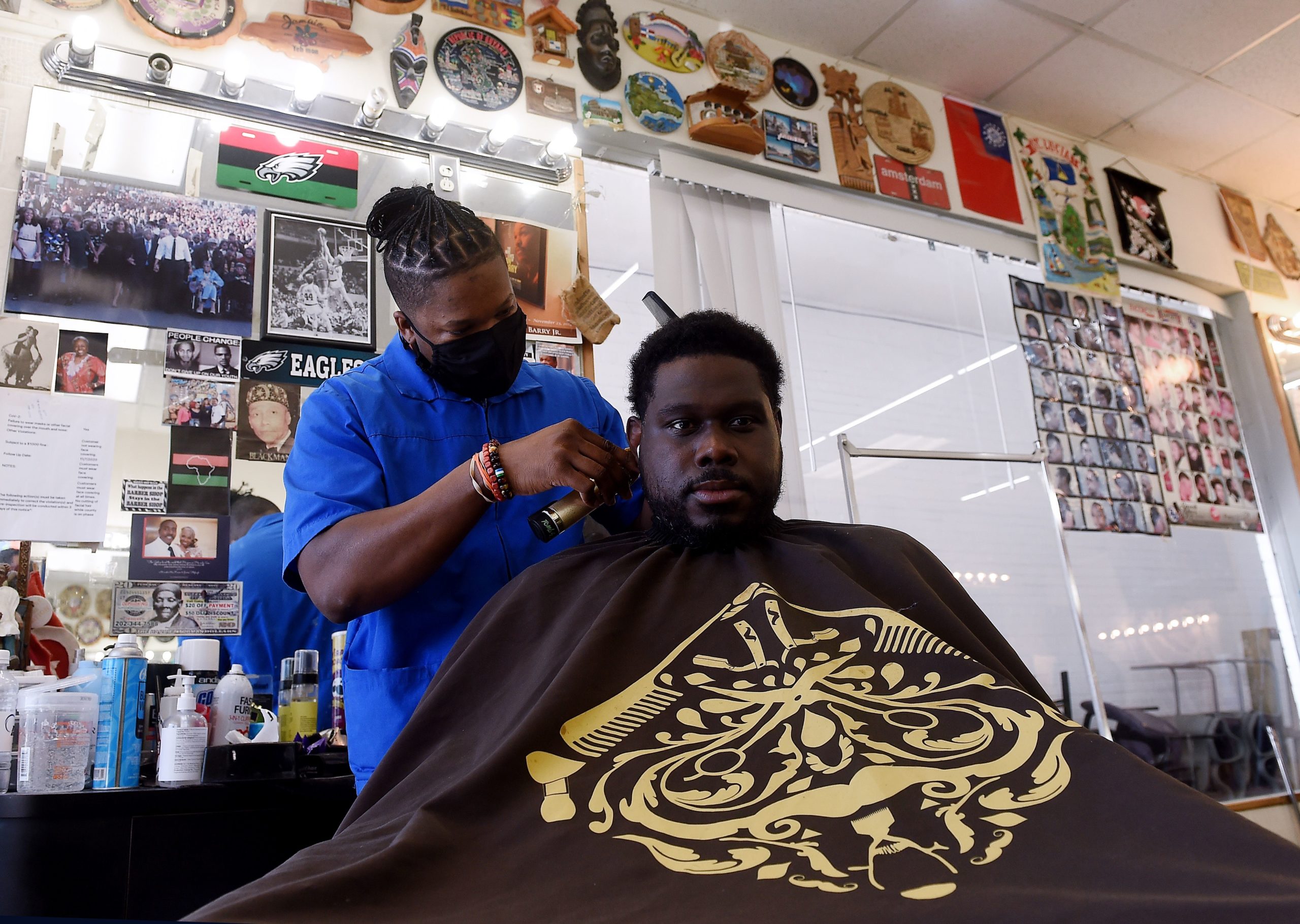 Russel, a barber working for The Shop Hair Spa, cuts the hair of a customer, in Hyattsville, Maryland on February 25, 2021. – Barber Mike Brown carefully guides his trimmer as he fights misconceptions about Covid-19 among his African-American customers, who face an outsize risk from the virus but are less likely to get vaccinated against it. (OLIVIER DOULIERY/AFP via Getty Images)

Despite the administration’s knowledge that it must reach and convince more vulnerable populations to get vaccinated, there’s been a slowdown among black Americans that is worrying health officials and experts, according to Politico.

“It’s a tough layer that we have to address — it requires relationship building and it’s going to take a little longer,” Octavio Martinez, executive director of the Hogg Foundation for Mental Health and member of the White House’s Covid-19 Health Equity Task Force, told Politico. “We have a systemic issue here.”

Experts say skepticism of a government that’s historically struggled to adequately take care of minorities with regard to public health and lack of community outreach are just some factors driving low numbers.

Officials within the administration appear confident that the president can reach his goal of getting 70% of Americans vaccinated by July 4, even without a big increase among black Americans getting the shot. One concern, however, is that COVID-19 will continue to spread within these communities if more black Americans don’t get vaccinated, Politico noted.

This is a concern Biden pointed out during recent remarks on the COVID-19 response when he warned that unvaccinated Americans “are still at risk of getting seriously ill or dying, or spreading disease to others.”

The next lowest group to be vaccinated is Hispanics, as 26.9% have had at least one dose and 21.5% have been fully vaccinated as of June 6. However, the country has seen a recent uptick in vaccinations among this community that’s higher than black Americans, according to CDC data.

“What’s left in the black community is a significant number of people who still need and want more assurance,” Reed Tuckson, founder of the Black Coalition Against Covid-19, told Politico. “To be able to pass on scientifically valid and factual information is really key.”