More than 100 were injured in the collision, which occurred in the southern province of Sindh, and emergency crews worked alongside villagers to pull the survivors from the trains, according to The Associated Press. Officials were working to rescue at least 17 people who were trapped, according to CNN. 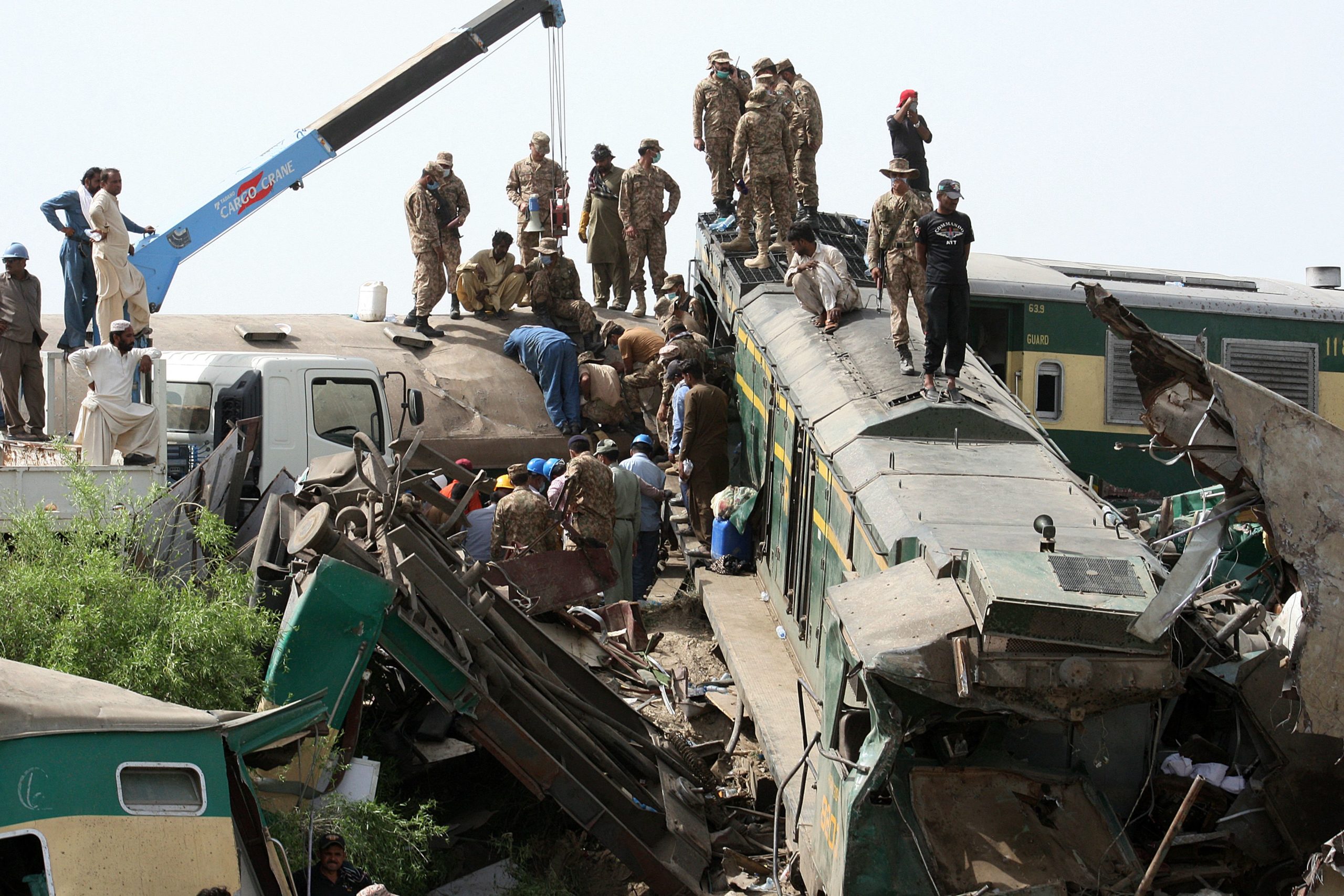 Security personnel carry out rescue operations at the site of a train accident in Daharki area of the northern Sindh province on June 7, 2021. (Photo by -/AFP via Getty Images)

Railway officials said more than 1,100 people were on board the two trains, according to the AP. People with critical injuries from the crash were flown by helicopter to a hospital nearby.

At around 3:30 a.m. local time, the Millat Express train derailed, and was struck by the Sir Syed Express train minutes later, a deputy commissioner from the Ghotki district, where the collision occurred, said.

It was not clear what caused the derailment. Aijaz Ahmed, who was driving the Sir Syed Express, said he tried to stop the train by braking, but couldn’t stop it in time to avoid the crash, according to the AP. 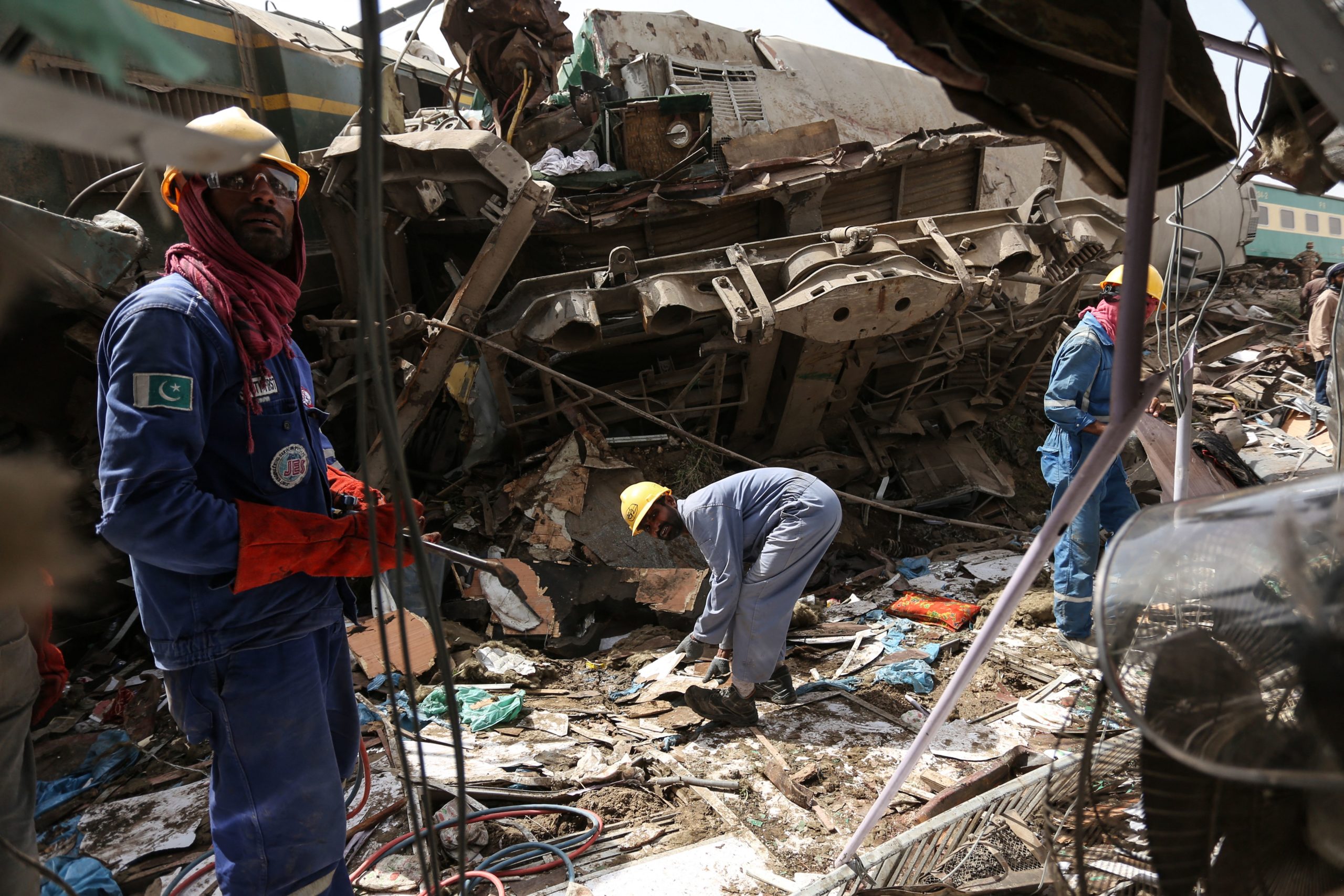 A spokesperson for Pakistan’s ministry for railways said a preliminary investigation would be finished within 24 hours, according to CNN.

Pakistan’s railway system has experienced numerous deadly accidents, and there has been little effort to improve the country’s signal system and aging tracks, according to the AP. (RELATED: Two Trains Collide In Egypt, Flipping Cars And Killing At Least 32)

In July 2020, at least 20 people died in a collision between a bus and a train in Punjab, CNN reported.

At least 70 people were killed in October 2019, when a gas canister that passengers were using to prepare breakfast exploded on a train passing through the town of Rahman Yar Khan, according to CNN. A decade earlier, 12 people died in a cargo train collision with a passenger train in Karachi.