LeBron James is apparently the most hated player in the NBA.

According to geotagged Twitter data tracked by sportsinsider.com, the Los Angeles Lakers star is the most hated player in 24 states. (RELATED: David Hookstead Is The True King In The North When It Comes To College Football)

Kyrie Irving is the second with 18 states hating him the most. No other player comes close. You can see the full map below. 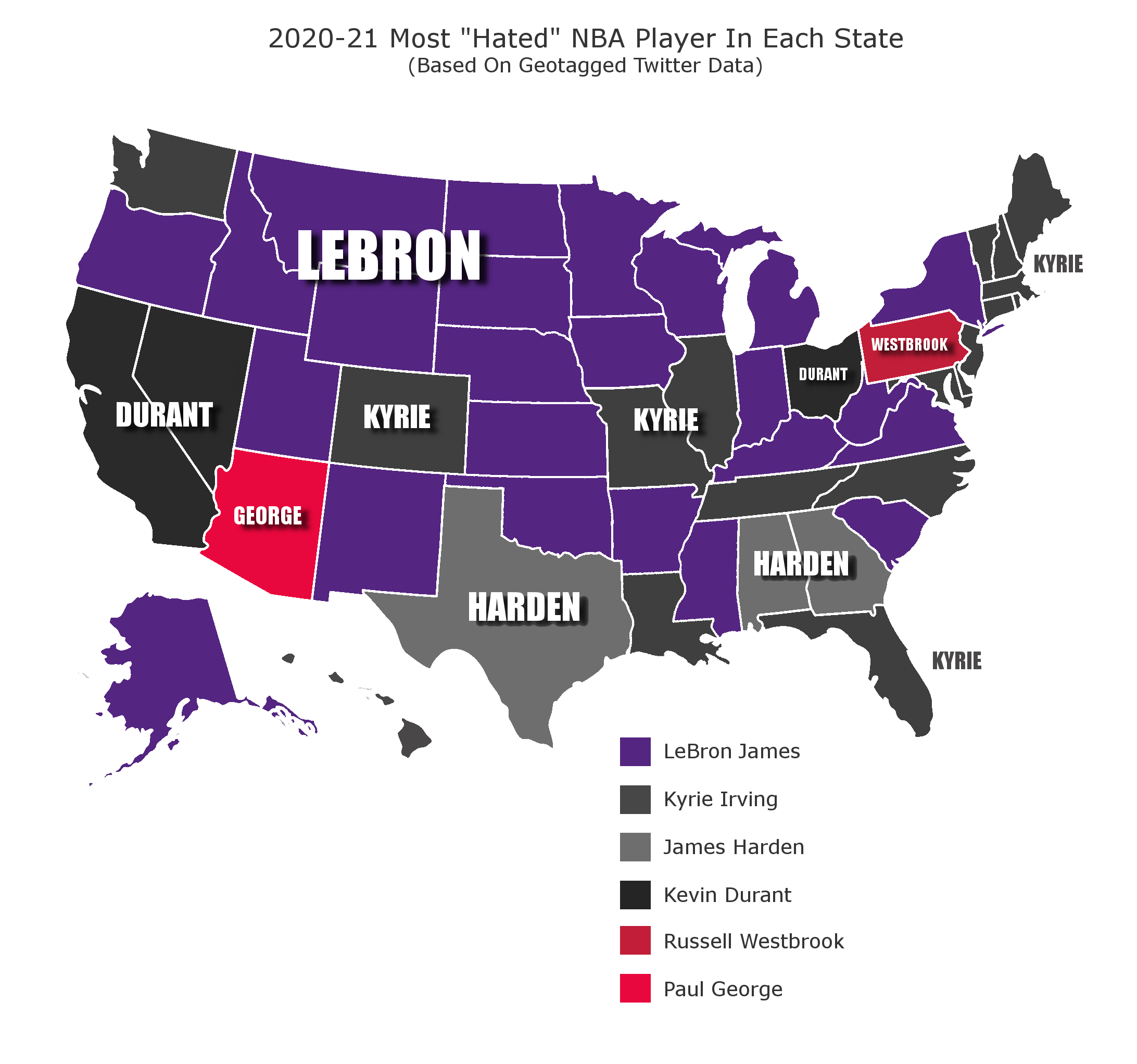 I guess this is what happens when you go out of your way to alienate fans, act like a petulant child on the court when losing and when you dox a police officer for saving a girl’s life.

Turns out, fans don’t really like seeing that stuff. Who ever could have guessed that might be the case? I sure never saw it coming!

A quick exit for Lakers’ LeBron James after Game 6 loss. No handshakes on the court w/ the Suns pic.twitter.com/hv7S60KHRk

You get what you deserve when it comes to sports, and when you’ve driven as many people away as LeBron has, it’s not hard at all to understand why people don’t like him.

Instead of focusing on winning championships, he feels the need to inject himself into situations he has no business being in.

Add in his recent behavior, and it makes perfect sense why he’s leading this list.

Lebron James at 5:42 left in the 4th quarter game 5 just walked into the tunnel pic.twitter.com/g0mlsEslnU

Will he ever chill out? No idea, but he has a lot of work to do in order to fix the damage.