The Biden administration threatened to sue Republican Texas Gov. Greg Abbott if the state follows through with plans to stop working with the federal government to detain migrant minors, according to a letter from federal officials Monday.

Abbott issued a disaster declaration on May 31 that ordered all facilities operating on federal contracts to house migrants who entered the country illegally to close. The Department of Health and Human Services (HHS) said Abbott’s declaration illegally discriminates against the federal government’s 52 state-licensed facilities operating in Texas to house unaccompanied migrant minors.

“The May 31 Proclamation discriminates against the Federal government by targeting the licenses held only by those entities providing shelter to ‘unlawful immigrants or other individuals not lawfully present in the United States under a contract with the federal government,'” according to HHS. 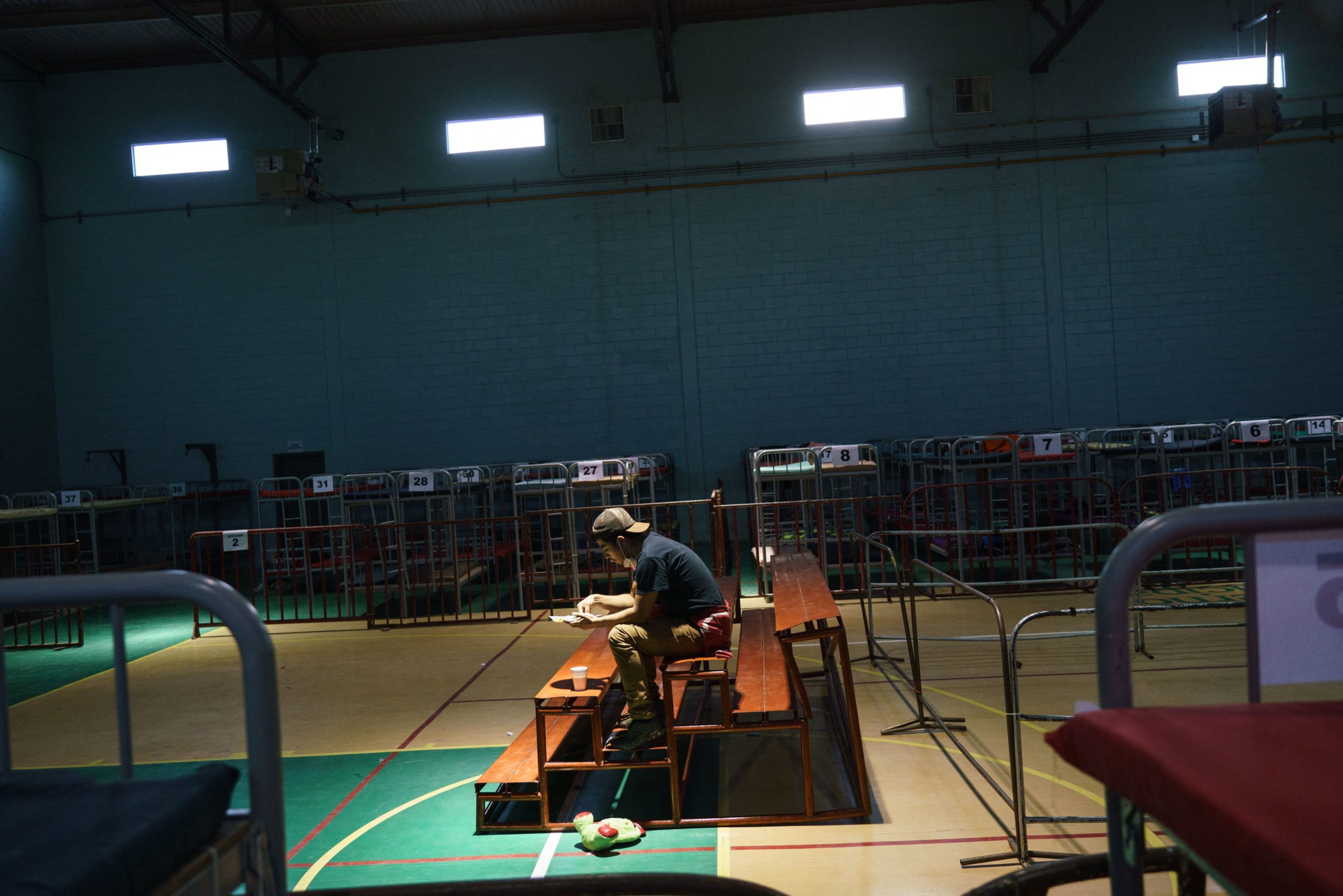 Honduran Jesus, 25, eats dinner at Gimnasio Kiki Romero, a gym which has been converted into a makeshift migrant shelter. (Photo by PAUL RATJE/AFP via Getty Images)

HHS asked Abbott to notify the agency by Friday if the state plans to enforce the disaster proclamation and whether they would grant an exception to allow the facilities to operate at the same standards as other non-governmental child care facilities in the state, according to the letter. (RELATED: Biden Admin Scrambling To Figure Out How Migrant Children Were Left On Buses Overnight Outside Federal Facility)

The Office of Refugee Resettlement (ORR) “operates 52 state-licensed facilities in Texas, which comprise a significant portion of ORR’s total operational footprint, and represent an indispensable component of the Federal immigration system,” according to HHS. “If interpreted to reach ORR’s network of grantee-facilities in Texas, the May 31 Proclamation would be a direct attack on this system.”

HHS said Abbott’s claim that the federal government “commandeer[ed]” the state “to continue administering state-licensed facilities” is unsupported and maintained that the state cannot discriminate against the federal detention program, according to the letter. The agency noted its success in working with other state governments to establish federal detention centers and offered to address Abbott’s concerns.

“Although we prefer to resolve this matter amicably, in light of the legal issues outlined above, HHS is consulting the U.S. Department of Justice and intends to pursue whatever appropriate legal action is necessary to ensure the safety and wellbeing of the vulnerable youth that Congress entrusted to ORR,” the letter said.

The disaster declaration was intended to allocate more resources to Texas communities impacted by illegal entry and to enforce federal laws against illegal migrants, Abbott said in a press release.

Abbott did not respond to the DCNF’s request for comment.