Palestinian terror group Hamas used the Al-Jalaa building that housed several local and international media offices in Gaza City as a facility for intelligence research and development into weakening the effectiveness of Israel’s missile defense system, according to the Israel Defense Forces.

Al Jazeera and The Associated Press (AP) were some of the media outlets that had an office in the 11-story building Israel destroyed in May after the IDF gave advanced notice to the owner. (FLASHBACK: Israeli Airstrike Demolishes Gaza Building That Held Al Jazeera, Associated Press Offices).

The move drew criticism from multiple organizations and the United Nations’ Secretary-General Antonio Guterres, according to France 24. 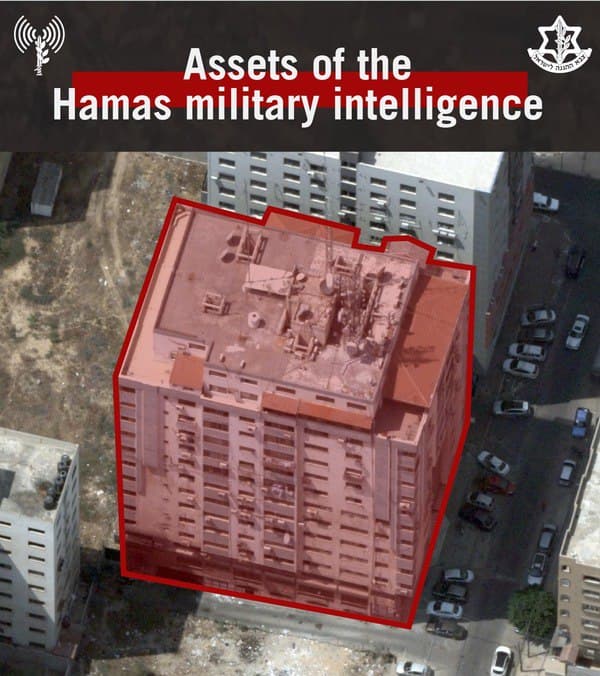 Hamas was working on creating a device capable of disrupting the Iron Dome missile defense system, the IDF said.

The Iron Dome — an integral part of Israel’s defense apparatus—is an Israeli aerial defense system that detects and intercepts incoming projectiles and drones, taking them out using Tamir interceptor missiles before they could strike civilian areas in Israel.

During the recent two-week war between Palestinian terror groups and Israel in May, the system intercepted multiple rockets the terrorists fired towards Israel, taking out approximately 90% of the 3,700 rockets that made it across the border, according to numbers from the IDF.

The conflict also revealed that Hamas learned how to secure some Israeli casualties by firing rockets in quick barrages to overwhelm the Iron Dome.

The IDF said it struck the Al-Jalaa building to “curtail these enemy capabilities, including destroying special equipment, and preventing their use” in Hamas’s quest to develop a system that can disrupt the Iron Dome.

Ambassador to the UN and US Gilad Erdan also relayed the information to AP, The Jerusalem Post reported.

“Israel does not think that [AP] workers were aware of the Hamas activities in the building, because it was a secret Hamas unit,” Erdan said, adding that Israel will assist in the rebuilding of AP’s office and will ensure that the organization can bring equipment into the Gaza Strip, according to the Post.
“This event should be put into context — Hamas intentionally operates within the civilian population of Gaza and does so in order to hamper the IDF’s operational activity,” the IDF press release stated.