Carroll accused the former president of raping her in an NYC department store fitting room in the early 1990s. She sued Trump for defamation in 2019, alleging he damaged her reputation and career when he denied her allegations. (RELATED: E Jean Carroll Says She Has ‘Not Been Raped’ Following Trump Accusation)

The DOJ, according to a court filing made Monday with the U.S. Circuit Court of Appeals, noted that while it isn’t “endorsing” Trump’s conduct, the former president was acting “within the scope of” his job at the time as an elected official.

“In making and defending a Westfall Act certification … the Department of Justice is not endorsing the allegedly tortious conduct or representing that it actually furthered the interests of the United States. Nor is a reviewing court making any such determinations in upholding the Department’s certification,” Brian Boynton, the acting head of the Justice Department’s Civil Division, wrote.

“Speaking to the public and the press on matters of public concern is undoubtedly part of an elected official’s job,” he noted. “Courts have thus consistently and repeatedly held that allegedly defamatory statements made in that context are within the scope of elected officials’ employment — including when the statements were prompted by press inquiries about the official’s private life.” 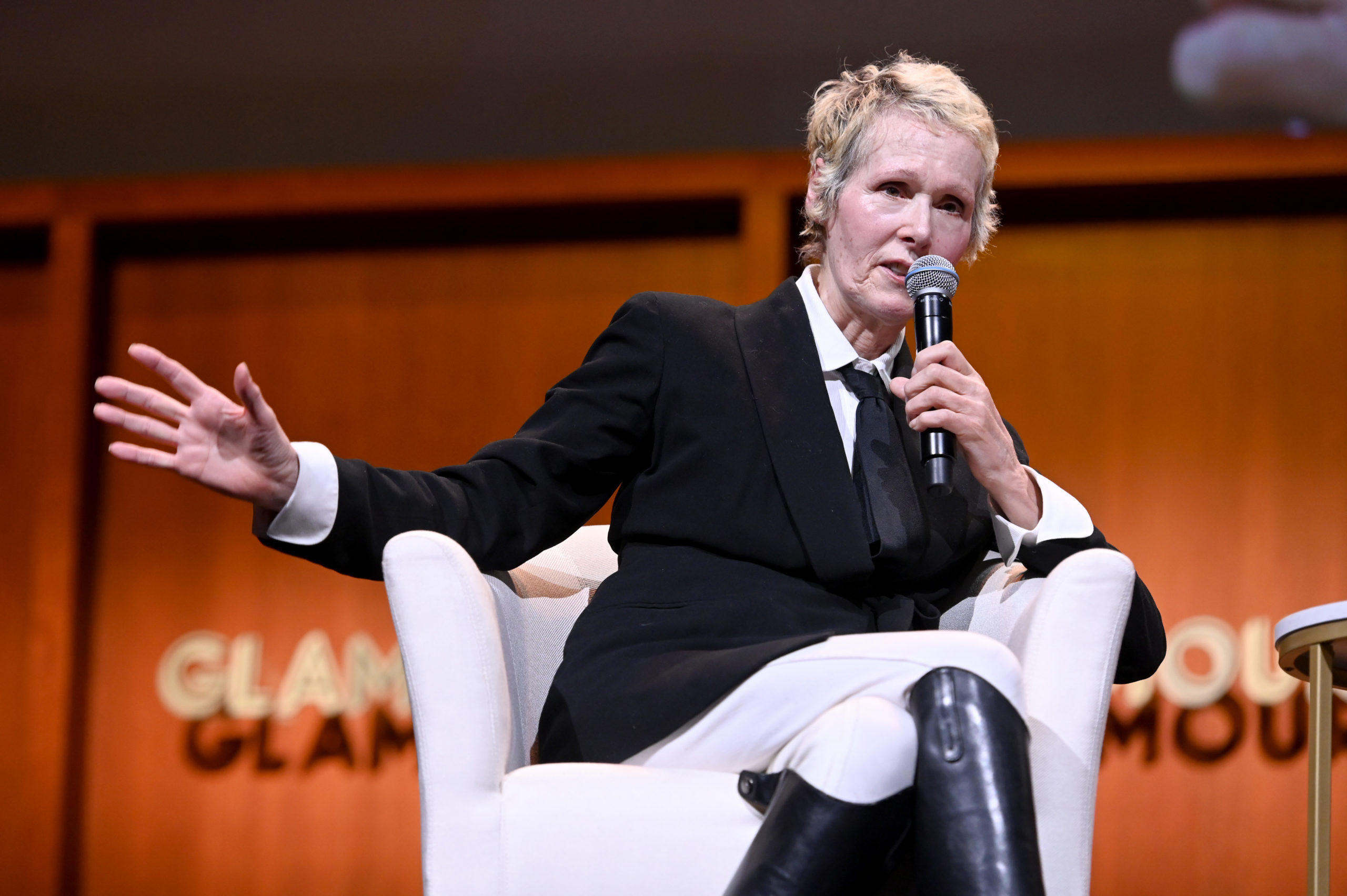 E. Jean Carroll speaks onstage during the How to Write Your Own Life panel at the 2019 Glamour Women Of The Year Summit at Alice Tully Hall on Nov. 10, 2019 in New York City. (Ilya S. Savenok/Getty Images for Glamour)

The current DOJ’s position agrees with the idea that Trump can’t be sued for defamation, as he made the comments while he was president. The decision wasn’t discussed with the White House, which appeared to distance itself from the backing.

“This is in active litigation, and so we refer you to the Department of Justice concerning its court filings,” White House spokesperson Andrew Bates said according to Politico. “The White House was not consulted by DOJ on the decision to file this brief or its contents. While we are not going to comment on this ongoing litigation, the American people know well that President Biden and his team have utterly different standards from their predecessors for what qualify as acceptable statements.”

Carroll said in a statement to Politico that she is “angry” and “offended” by the development.

“As women across the country are standing up and holding men accountable for assault — the DOJ is trying to stop me from having that same right. I am angry! I am offended!” she said.

Similarly, Carroll’s attorney Roberta Kaplan said “it is truly shocking” that the DOJ is allowing “Trump to get away with lying about” the alleged incident.

“It is horrific that Donald Trump raped E. Jean Carroll in a New York City department store many years ago,” Kaplan said according to Politico. “But it is truly shocking that the current Department of Justice would allow Donald Trump to get away with lying about it, thereby depriving our client of her day in court. The DOJ’s position is not only legally wrong, it is morally wrong since it would give federal officials free license to cover up private sexual misconduct by publicly brutalizing any woman who has the courage to come forward.”