Border officials apprehended over 180,000 migrants at the southern border in May, surpassing the record highs set in March and April, Customs and Border Protection announced Wednesday.

“Single adults continue to make up the majority of these encounters,” the agency said in a statement. “In May 2021, CBP expelled 112,302 individuals under Title 42,” the provision that allows border agents to expel migrants to reduce the spread of the coronavirus, according to CBP.

Border agents expelled 62 percent of those encountered in May under Title 42, the agency said. 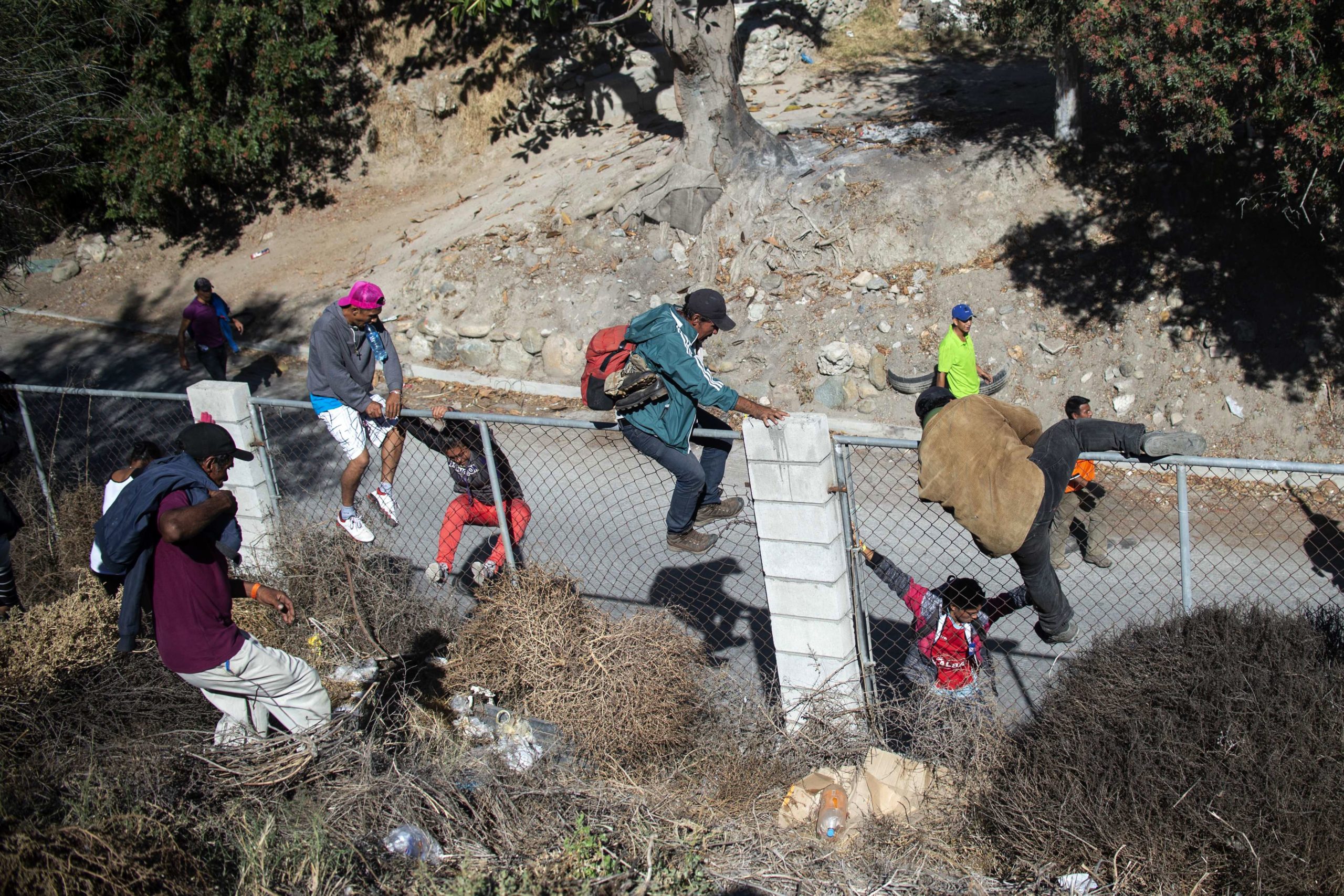 A group of Central American migrants -mostly from Honduras- cross over a fence as they try to reach the border fence between Mexico and the United States, in Tijuana, Baja California State, Mexico, near US-Mexico border on November 25, 2018. (PEDRO PARDO/AFP via Getty Images)

“I want to be clear to folks in this region who are thinking about making that dangerous trek to the United States-Mexico border: do not come, do not come,” Harris said. (RELATED: Biden Administration Threatens To Sue If Texas Governor Closes Migrant Detention Centers)

Over 15,000 single adults from Guatemala attempted to enter the U.S. in May, while nearly 62,000 Mexican nationals attempted to illegally cross into the U.S., according to CBP.

“Encounters along the Southwest Border of unaccompanied children and single minors from Northern Triangle countries dropped again this month by 23 percent, with 10,765 encounters in May 2021 compared with 13,940 in April 2021,” CBP said in a statement. “Encounters of family units from Northern Triangle countries also dropped again, decreasing by 31 percent to 22,630 in May 2021, down from 32,674 in April.”

“The large number of expulsions during the pandemic has contributed to a larger-than-usual number of noncitizens making multiple border crossing attempts, and means total encounters somewhat overstate the number of unique individuals arriving at the border,” according to CBP. “Thirty-eight percent of encounters in May 2021 were individuals who had at least one prior encounter in the previous 12 months, compared to an average one-year re-encounter rate of 15 percent for Fiscal Years 2014-2019.”