The developer of the Keystone XL Pipeline announced that it was abandoning the contested project months after President Joe Biden revoked the pipeline’s federal permit.

TC Energy permanently canceled further construction of the pipeline after conducting a comprehensive review of its options alongside the Government of Alberta, Canada, which had been a project partner, according to the energy company’s announcement on Wednesday afternoon. The company noted that the project, which had been strongly criticized by environmental groups, was suspended on Jan. 20 after Biden issued an executive order revoking its permit.

“We value the strong relationships we’ve built through the development of this Project and the experience we’ve gained,” TC Energy President and CEO François Poirier said in a statement. “We remain grateful to the many organizations that supported the Project and would have shared in its benefits.” (RELATED: Trade Unions That Endorsed Biden Are Mad He Kept His Campaign Promise To Kill Keystone)

TC Energy said it would shift its focus on other projects that would “meet the evolving energy demand today and in the future.” 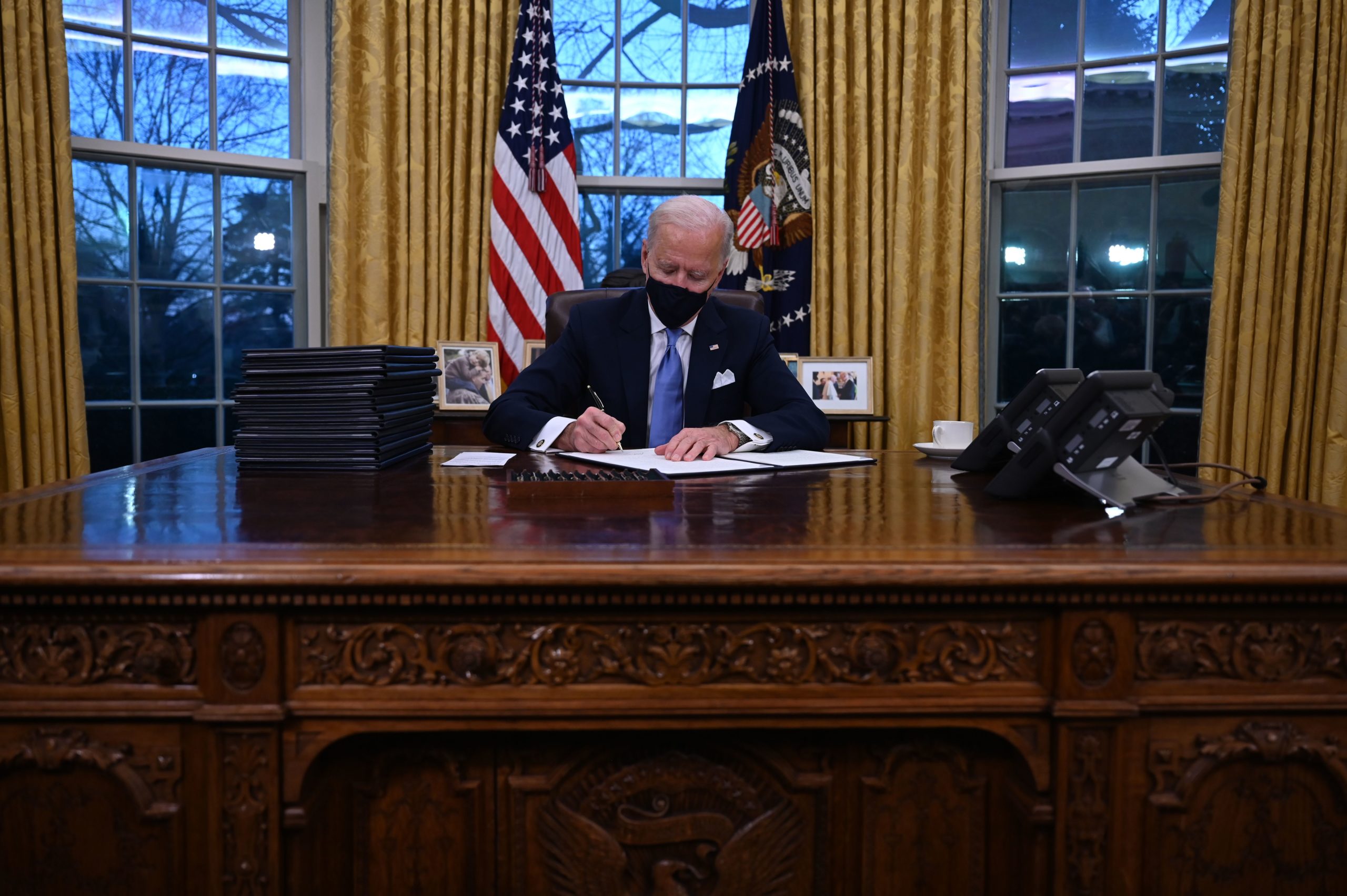 President Joe Biden signs a series of executive orders in the Oval Office on Jan. 20. (Jim Watson/AFP via Getty Images)

After Biden’s revocation of TC Energy’s permit to build the pipeline in the U.S., the company said it would lead to thousands of lost union jobs. The project’s labor agreement promised that it would create 42,000 American jobs and result in $2 billion in total wages.

A coalition of more than 20 states led by Montana Attorney General Austin Knudsen filed a federal lawsuit against the Biden administration in March, challenging the president’s Jan. 20 executive order. The states alleged that Biden overstepped his constitutional authority when he canceled the pipeline’s permit and that the order would ultimately devastate the U.S. economy.

“The pipeline would have enhanced America’s energy independence while bringing much needed jobs, tax revenue, and economic development to rural communities in Montana and across the country,” he continued.

It’s unclear how the lawsuit will be affected by TC Energy’s announcement Wednesday. The next court hearing for the case was scheduled for later this month.