Smugglers transporting illegal migrants across the border have been operating at a new level of sophistication, according to two sheriffs in the Houston area.

Sheriffs Justin Marr of Victoria County and A.J. Louderback of Jackson County told the Washington Examiner that deputies in their area are used to encounters with groups of immigrants, but their actions are more violent than they have seen before.

For most immigrants making their way across the border, Houston is their first stop after making it past the Rio Grande Valley and Laredo regions.

Marr said smugglers are motivated by money so they are increasingly more organized and aggressive to get the job done faster and do it all over again.

“They don’t have any regard for life, liberty, or property at all,” said Marr. “They don’t care about the people they’re carrying, citizens out on the road, or the deputies trying to apprehend them.” 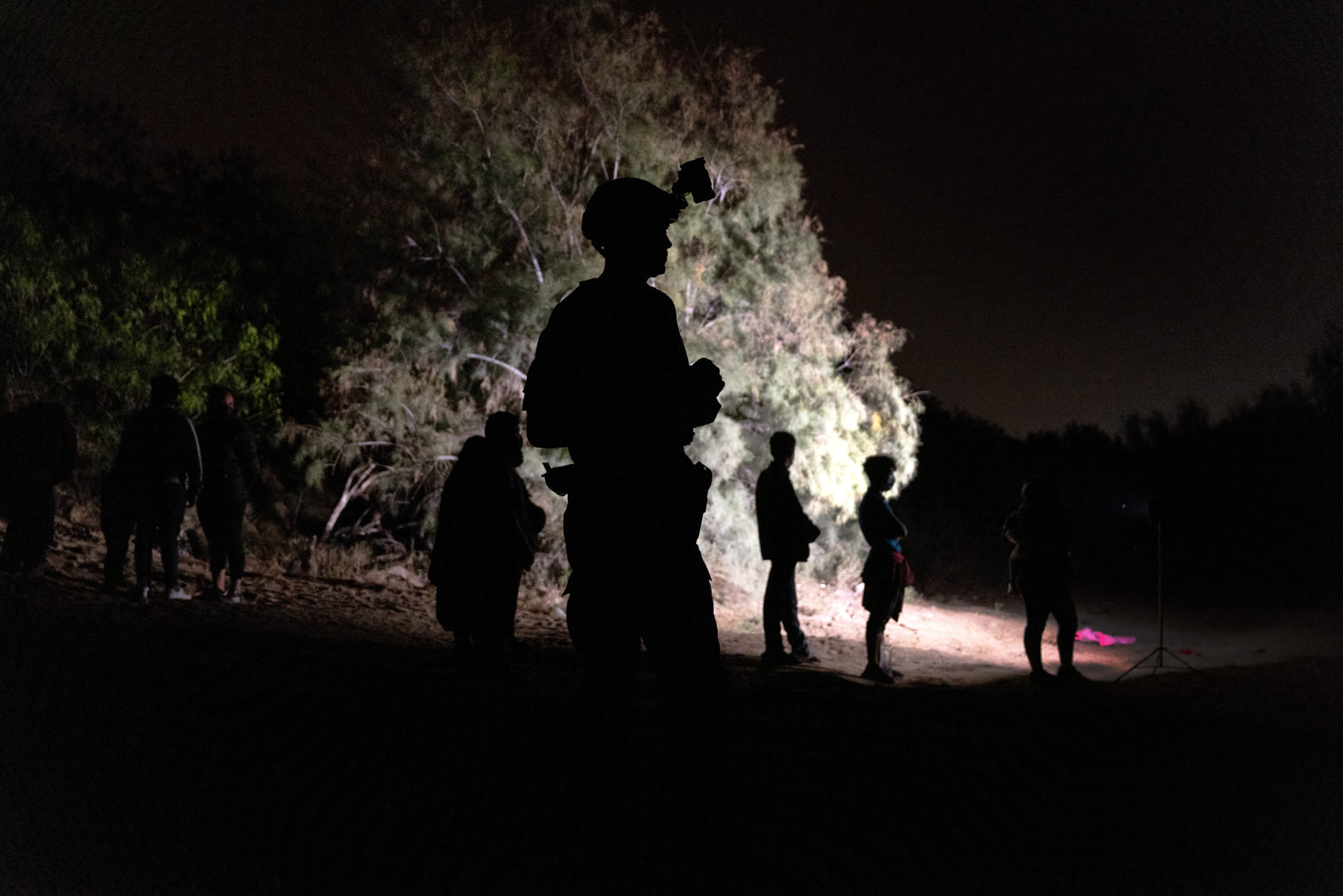 A Texas state trooper stands guard after a smuggler ferried a group of Central American immigrants over the Rio Grande from Mexico on April 11, 2021 in Roma, Texas. A surge of immigrants crossing into the United States, including record numbers of children, continues along the southern border. (John Moore/Getty Images)

He also said more smugglers are trying to get away. In some instances, when deputies in Victoria County approach a pulled over vehicle carrying migrants, the driver takes off or forces the passengers out so he himself can get away. Oftentimes, drivers lose control on the highway or drive through miles of private ranch land.

Vehicles smugglers use have been stolen at a faster rate through the use of electronic devices that allow smugglers to open and start vehicles without a trace of a physical break in. In Jackson County, vehicle thefts are on the rise, said Louderback. Smuggling organizations will pay around $50,000 for a stolen 2020 Ford F-350 and take out the seats to pack it full of migrants, the Washington Examiner reported. (RELATED: ‘We’ve Been To The Border,’ Harris Says, Then Immediately Admits She Hasn’t Been To The Border)

In April, Houston Police initially got a call about a potential kidnapping when they discovered over 90 people inside a residence that authorities believed to be a smuggling operation, five individuals were later charged with harboring migrants.

One individual who called Houston police to report a kidnapping said they paid $11,000 to have a relative smuggled into the U.S. from Honduras. Some criminal reports indicate more money is demanded to have relatives released and smugglers threaten to kill the smuggled person if they don’t pay.

Marr believes the Gulf Cartel, based in Mexico, is behind a lot of the smuggling in the area. According to a 2019 report by Department of Homeland Security contractor RAND Corporation titled Human Smuggling and Associated Revenues, estimates the combined smuggler revenues for migrants traveling from El Salvador, Guatemala and Honduras in 2017 could range from $200 million to 2.3 billion, an operation that heavily relies on American citizens and illegal immigrants in the U.S. to transport people and drugs.