The number of Americans filing new unemployment claims dropped to 376,000 last week as the economy continues to recover from the coronavirus pandemic, according to the Department of Labor.

The Bureau of Labor and Statistics figure released Thursday represented a decrease in the number of new jobless claims compared to the week ending May 29, when 385,000 new jobless claims were reported. That number was unrevised from the figure initially reported last week.

“Employers have lots of jobs; they can’t find people, so they’re holding very tight to the workers they have,” Nationwide Mutual Insurance Co. Chief Economist David Berson told the WSJ.

Thursday’s figure represented the lowest level for initial jobless claims since March 14, 2020, when the Labor Department reported 256,000 new claims, according to the report. Roughly 15.3 million Americans continue to collect unemployment benefits, according to the report. (RELATED: Yellen Admits Inflation Is About To Surge But Says It Will Be ‘Plus For Society’s Point Of View’) 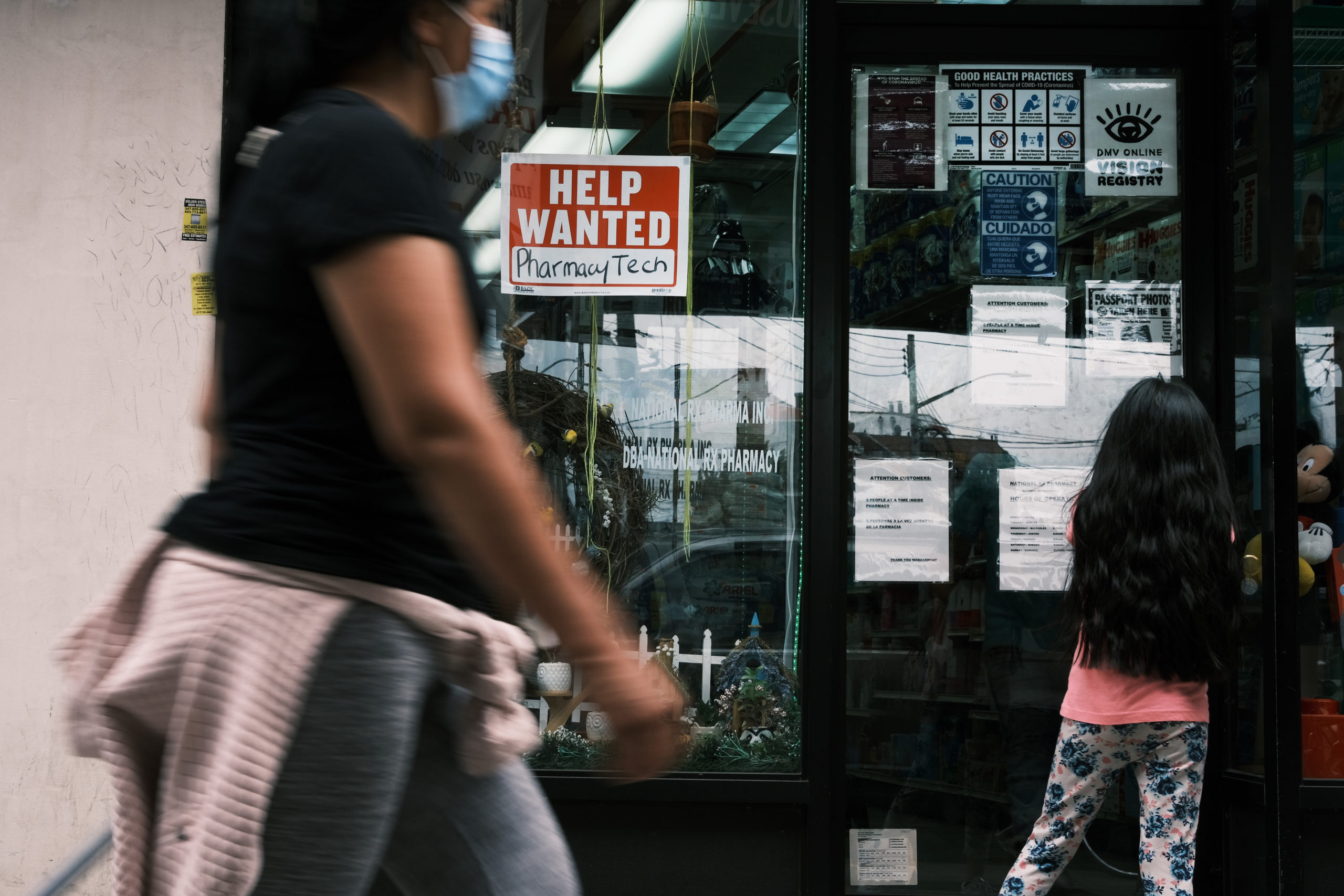 People walk by a “Help Wanted” sign in the Queens borough of New York City on June 4. (Spencer Platt/Getty Images)

“Remember, when I took office in January, our economy was in a tailspin, job growth had stalled, COVID was raging, average initial claims for unemployment insurance were over 830,000 per week,” President Joe Biden said during remarks last week. “Now those claims have fallen below 430,000 — about half of what they were when I took office.”

“There’s going to be ups and downs in jobs and economic reports, but we’re going to be — supply chain issues and price pressures – on the way back to stability and steady growth,” he continued.

More than 20 states including Florida, Texas, South Carolina, Arizona and Alabama have announced their withdrawal from the federal unemployment program, Business Insider reported.