“An attack on one is an attack on all,” Biden said Sunday during a press conference in Cornwall, England in regard to the Article 5 clause of the NATO charter, Politico reported. The president said he would be asserting these claims during talks with NATO leaders in Brussels Monday, where the leaders of all 30 Allied nations will gather.

During the press conference, Biden said he would make the case in meetings with NATO leaders that “we (the U.S.) are back.”

“We do not view NATO as a sort of a protection racket,” Biden said. “We believe that NATO is vital to our ability to maintain American security for the next — next — the remainder of the century. And there’s a real enthusiasm.” (RELATED: ‘Not The New NATO’: Biden Admin Says Partnership With Countries Surrounding China Is Not A ‘Military Alliance’)

Two important areas of focus for the summit will be aggression from China and Russia and the collective approach NATO should take, the White House outlined in a statement Sunday. This includes “challenges posed by the People’s Republic of China to our collective security, prosperity, and values” and “strategies that strengthen NATO’s deterrence and defense posture to meet threats from Russia and elsewhere,” the statement said. 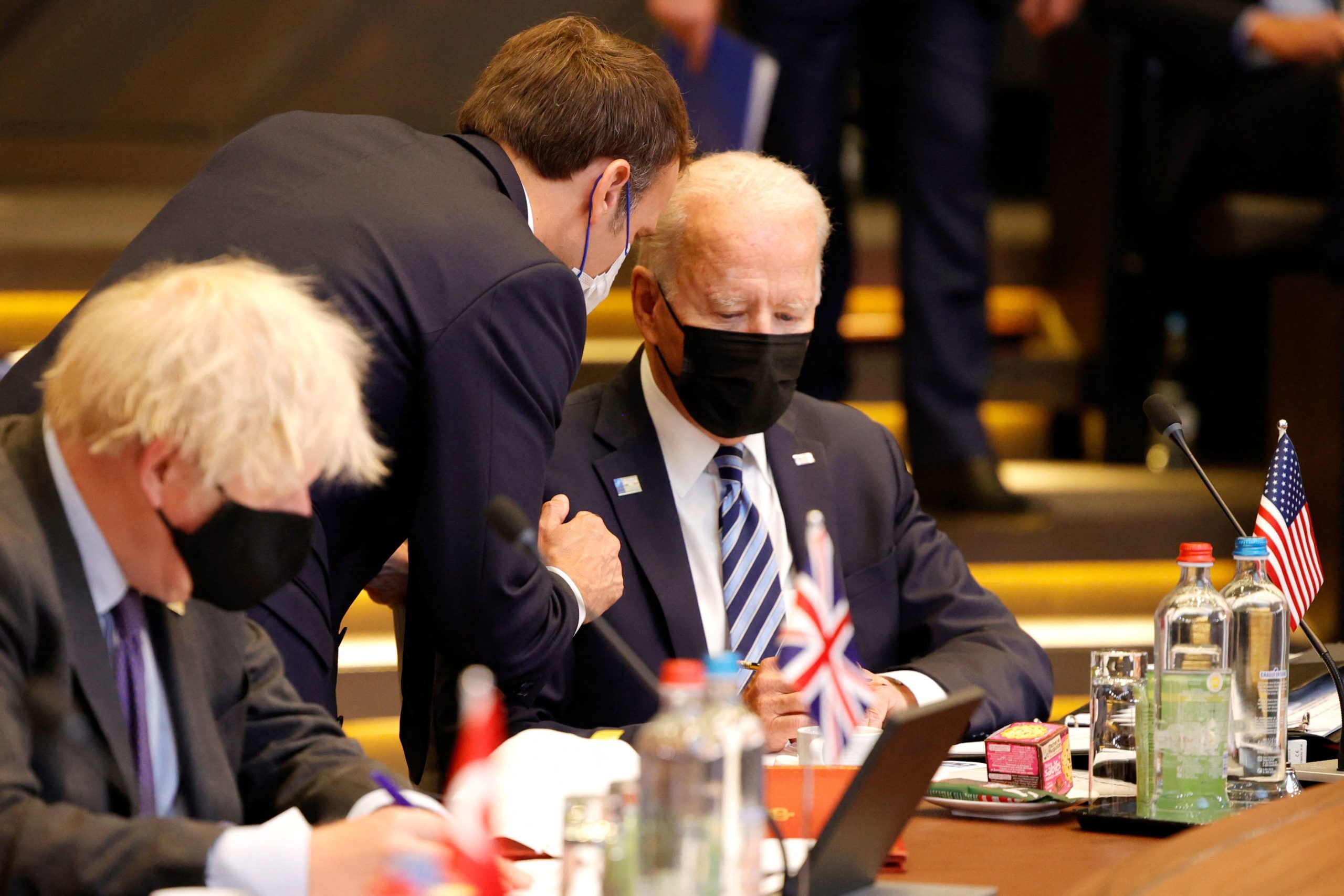 French President Emmanuel Macron (L) speaks with US President Joe Biden (R) during a plenary session of a NATO summit at the North Atlantic Treaty Organization (NATO) headquarters in Brussels, on June 14, 2021.

Biden is set to meet with Russian President Vladimir Putin in Geneva on Wednesday. NATO Allies are also expected to sign off on a communiqué that will formally note some of the challenges China poses and the actions the alliance should take, according to diplomats familiar with its drafting, the Wall Street Journal reported.

NATO leaders have historically shied away from conversations on China, but the Biden administration has been pushing for greater efforts to hold the country responsible, preferring to focus on Russia which they see as a bigger threat to member countries.

The Center for American Progress asserted in a report released June 1 that the European Union was not equipped to challenge Chinese authority.

“The EU could help strengthen the alliance by building a stronger European pillar, creating a more unified, efficient, and capable partner for the USA through NATO,” the report said. “European defense today remains anemic, despite noticeable increases in spending.”