John Demers, the Department of Justice’s (DOJ) top national security official, is reportedly resigning amid news that the department issued seizures and gag orders to obtain records from the press and Democratic lawmakers.

Demers will leave by the end of next week, a DOJ official said according to The Associated Press. U.S. attorney in the Eastern District of New York Mark Lesko will reportedly replace Demers, according to the official.

Democratic California Reps. Adam Schiff and Eric Swalwell, who sit on the House Intelligence Committee, were targets of subpoenas – sent to Apple to obtain metadata – approved in 2017 and 2018, according to The New York Times. Staffers and family members were also reportedly subpoenaed and a gag order was used, meaning Apple couldn’t inform the congressmen of the situation, the NYT noted.

Demers has led the DOJ’s national security division since February 2018. This division was involved in the various leak investigations under former President Donald Trump, the AP added. 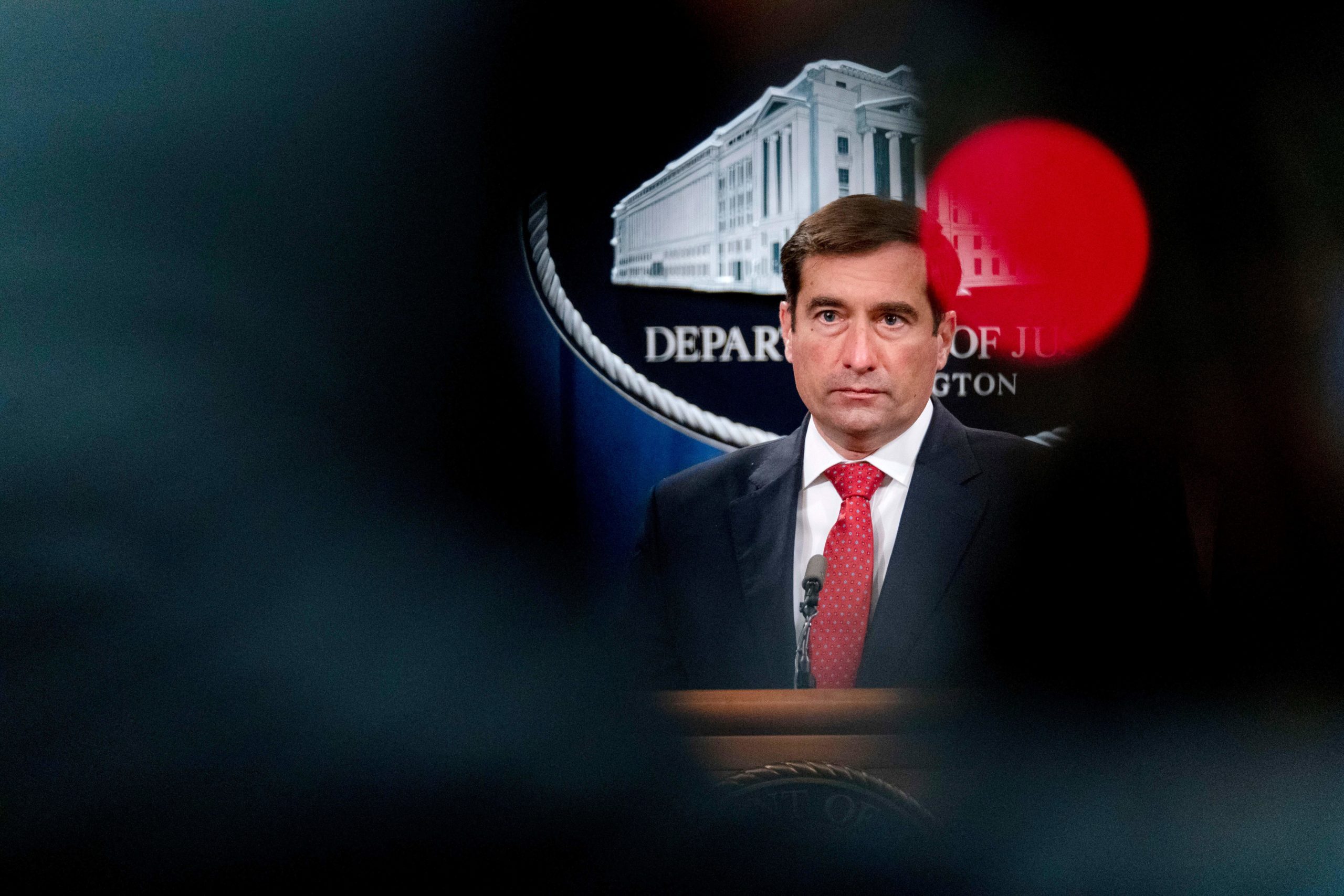 Assistant Attorney General for the National Security Division John Demers speaks at a news conference at the Department of Justice, October 19, 2020, in Washington, DC. (ANDREW HARNIK/POOL/AFP via Getty Images)

Four reporters working for the NYT had their emails subpoenaed by the DOJ amid that investigation. Phone logs for The Washington Post reporters were also seized during Trump’s administration, as was the email logs for a CNN reporter, according to the NYT.

The DOJ announced it “will not seek compulsory legal process in leak investigations to obtain source information from members of the news media doing their jobs” one day after news of the NYT’s gag order. The DOJ’s new stance came after Biden declared he “won’t let that happen” when asked about such seizures in May.

Attorney General Merrick Garland called for “a thorough and independent investigation” in a statement Monday and noted that “political or other improper considerations must play no role in any investigative or prosecutorial decisions.”

“These principles that have long been held as sacrosanct by the DOJ career workforce will be vigorously guarded on my watch, and any failure to live up to them will be met with strict accountability,” Garland said. “There are important questions that must be resolved in connection with an effort by the department to obtain records related to Members of Congress and Congressional staff.”

“I have accordingly directed that the matter be referred to the Inspector General and have full confidence that he will conduct a thorough and independent investigation. If at any time as the investigation proceeds action related to the matter in question is warranted, I will not hesitate to move swiftly,” he added.

Garland also noted that he’s instructed the deputy attorney general “to evaluate and strengthen the department’s existing policies and procedures for obtaining records of the Legislative branch.”

“Consistent with our commitment to the rule of law, we must ensure that full weight is accorded to separation-of-powers concerns moving forward,” Garland declared.