Oil prices are projected to surge to $80 per barrel or more this summer as demand comes roaring back, while some investors argue Wall Street’s push to invest trillions in green energy could lead to supply shortages and higher fuel prices.

U.S. crude prices have doubled since last October and hit $71.48 per barrel Monday, the highest level in more than two years, according to The Wall Street Journal. Some investors are using options, which allow the holder to buy or sell an asset at a specific price in the future, to bet on crude prices hitting $100 per barrel by the end of next year.

As the U.S. economy continued to recover from the COVID-19 pandemic this year, crude prices have increased about 40% since January, according to CNBC. A surge in the number of Americans driving again, along with an increase in goods transportation and air travel, could send crude prices up further.

But some of the largest companies and institutional investors are churning out trillions of dollars to finance a shift away from fossil fuels, according to the WSJ. Assets in green energy-focused investment funds reached almost $2 trillion in the first quarter of 2021, and more than $5 billion worth of bonds and loans for green initiatives are issued every day. 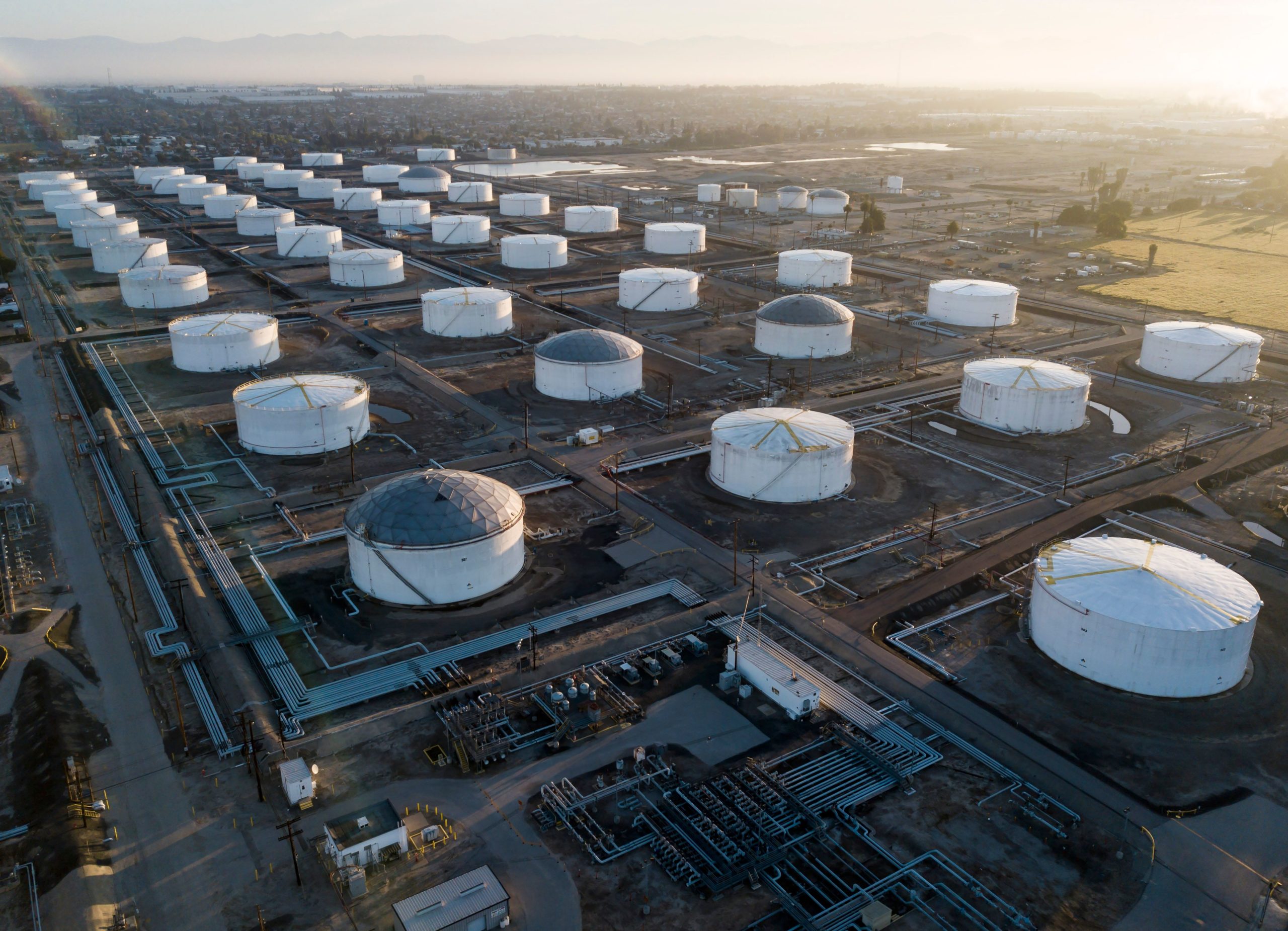 Oil-storage tanks are seen from above in Carson, California on April 25, 2020 (Robyn Beck/AFP via Getty Images)

Experts said the drop in fossil fuel financing meant energy companies could struggle to meet the rising demand for oil. Research firm Wood Mackenzie found that spending on oil extraction plummeted last year to about $330 billion, according to the WSJ.

JPMorgan Chase analyst Christyan Malek further noted that planned investment in the global oil supply is about $600 billion short of what is needed to meet the projected demand by 2030.

“It’s just hard to see where the capital is going to come from to grow at a rate that will be needed from 2022,” David Meaney, founding principal of Assert Capital Management LP, told the WSJ.

Energy companies have similarly trimmed their fossil fuel assets by tens of billions of dollars as the sector struggles to rebound from pandemic-era setbacks and growing environmental pressure. Shell, among the world’s largest oil companies, plans to accelerate efforts to cut carbon emissions following a landmark court ruling in the Netherlands. (RELATED: Financial Regulators Want To Stop Climate Change. Here’s What Might Happen)

A changing regulatory environment could also shape the oil industry’s trajectory as many governments around the world are implementing greater measures to address climate change. President Joe Biden has proposed around $2 trillion in climate spending and his administration has called for a dramatic reduction in carbon emissions.

Leigh Goehring, a managing partner at the commodities-focused investment firm Goehring & Rozencwajg Associates, warned that oil consumption could exceed production for the first time ever.

“This is the basis for the next oil crisis,” he told the WSJ. “We’re in uncharted territory.”