Black Democrats are pushing for the party to vote on a bill to study reparations for descendants of slavery with the 100th anniversary of the Tulsa Race Massacre heightening the stakes, it was reported Tuesday.

“For those of us who went to Tulsa, it became even more apparent to us how important it is to pass H.R. 40 and to do so certainly before we leave for the August Recess,” Democratic Georgia Rep. Hank Johnson said, according to The Hill.

“We came away united with the strong feeling that now is the time to do [it]” he continued, noting victims of Greenwood nor their descendants were compensated for their losses. “And so we will now address leadership with this newfound sense of energy and urgency.”

“It’s always going to be inconvenient, but now is the time,” Johnson said, according to The Hill. “If you go back and look at the Tulsa situation and see how the people are still out there – have not been able to get redress for the wrongs that were done to them – I mean, if you can’t see reparations from that viewpoint, then you just don’t want to see reparation.”

President Joe Biden traveled to Tulsa to mark the solemn anniversary of the Tulsa Race Massacre (1921) in which a mob of armed white residents attacked the prosperous black community of Greenwood. 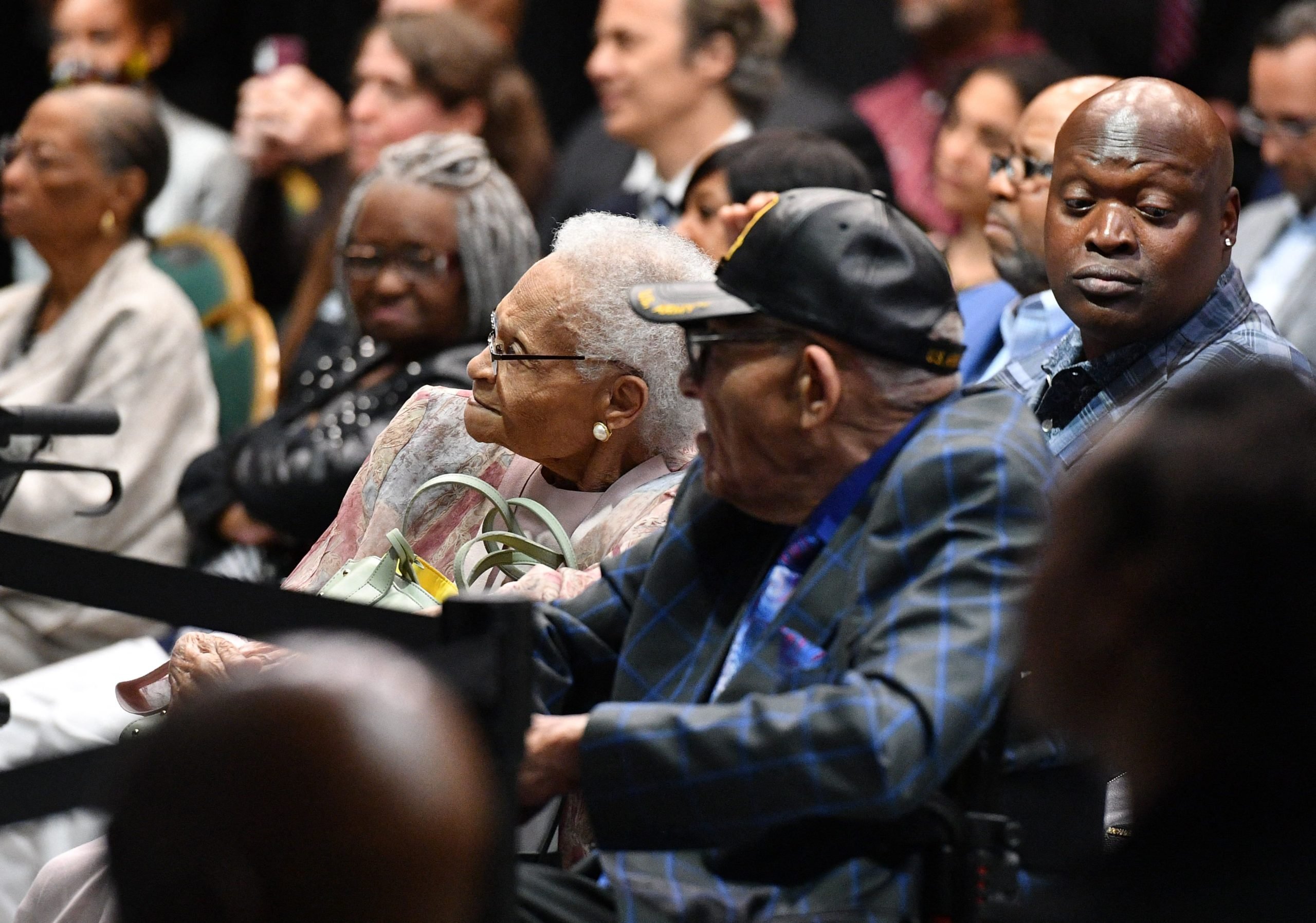 Tulsa race massacre Survivors Viola Fletcher (C) and Hughes Van Ellis (C R) listen to US President Joe Biden as he speaks on the 100th anniversary of the Tulsa Race Massacre at the Greenwood Cultural Center in Tulsa, Oklahoma on June 1, 2021. – (MANDEL NGAN/AFP via Getty Images)

Approximately 300 black residents were killed and nearly 1,200 homes were burned to the ground. The event is noted as the worst incident of racial violence in U.S. history. (RELATED: Alexandria Ocasio-Cortez Demands ‘Reparations’ For Families Separated At The Border Under Trump)

Democratic California Rep. Barbara Lee, who once headed the Black Caucus, expressed a similar sentiment about the importance of the 100th anniversary of the Tulsa Massacre and reparations, according to the report.

“Tulsa is ground zero, I believe, in terms of raising the level of awareness and the why’s, and the importance of reparations and getting H.R. 40 passed,” she said, according to The Hill. “We’re pushing hard.”

“You have generational trauma. All of this is manifested today in much of what the Black community is still living with,” Lee said, according to The Hill. “And so this is a very important moment. It’s a day of reckoning, I think. And it’s time that this country live up to its promise of justice.”

H.R. 40, which is sponsored by Democratic Texas Rep. Sheila Jackson Lee, would establish a commission to study the history of slavery and its effects.

The House Judiciary Committee voted in April in favor of the bill. If the House votes in favor, the bill would allocate $20 million to create a 13-person commission to study the adverse effects of slavery and recommend remedies to Congress.