A Czech man sat eight hours for a tattoo resembling jailed Russian opposition leader Alexei Navalny while another man wore a Vladimir Putin mask and handed out fake money as corruption payments during a protest in Geneva, Switzerland, the Associated Press reported Tuesday.

A couple dozen Navalny supporters gathered for the demonstration ahead of President Joe Biden’s meeting with Putin Wednesday, according to the AP. More journalists may have attended the protest than participants, though it was organized and could have garnered a security crackdown if it had occurred in Russia, participants said.

Banners called for Navalny and other political prisoner’s freedom while protesters shouted “free Russia,” the AP reported. A mural of Navalny making a heart shape with his hands captioned “hero of our time” in French appeared in Geneva, similar to the one officials quickly covered in Saint-Petersburg, Russia. 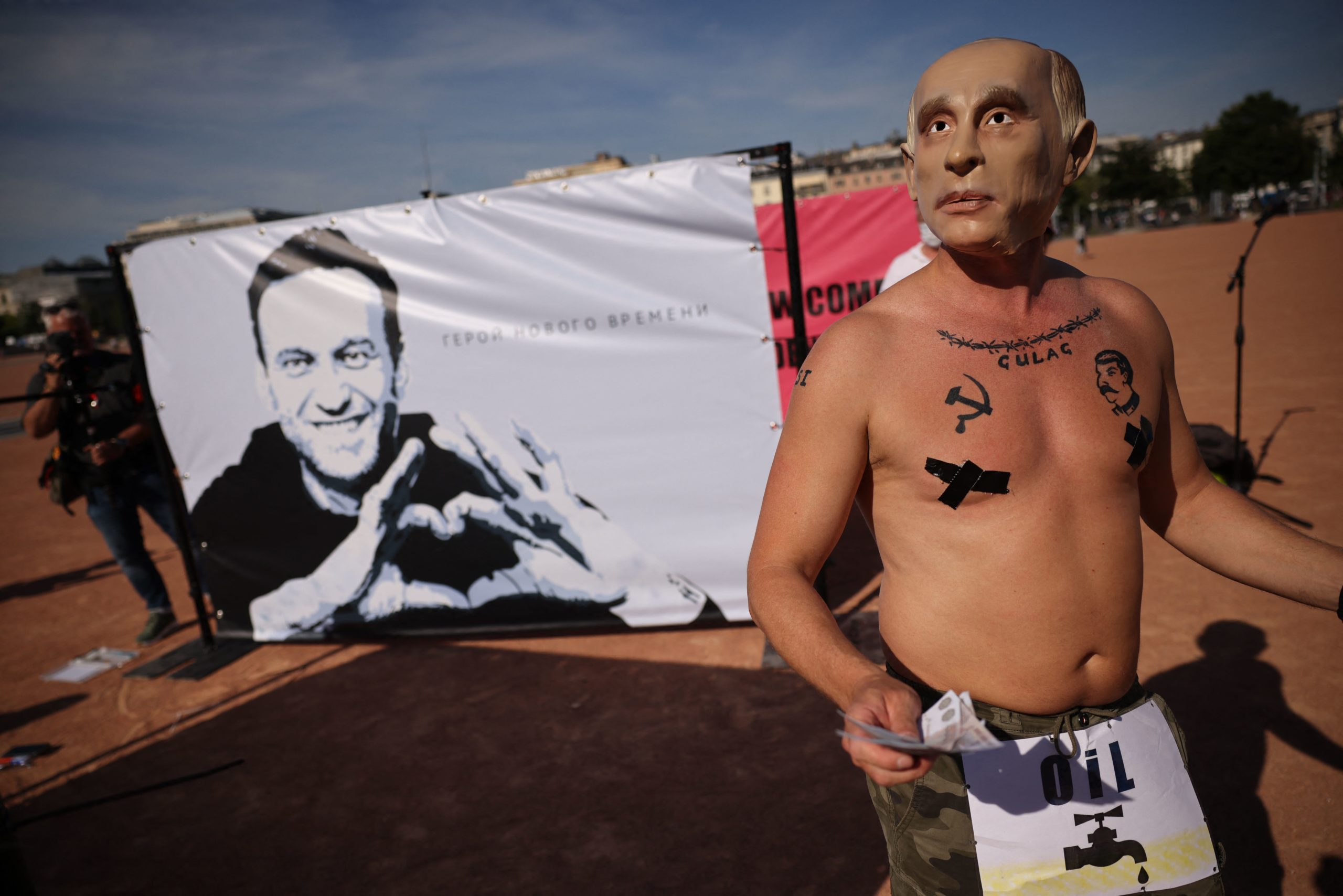 A demonstrator protests in front of a banner in support to Kremlin critic Alexei Navalny reading “The Hero of the New Time” in Geneva on June 15, 2021, on the eve of a Russia – US meeting. (Photo by PIERRE ALBOUY/AFP via Getty Images)

Petr Pavelec planned to have Navalny’s image tattooed on his chest but moved the appointment up so it would be finished in time for the demonstration, according to the AP. (RELATED: Russia Cracks Down On Opposition, Bans Parties Linked To Navalny On Basis Of ‘Extremism’)

“I believe what he’s doing is not just for Russia, but the rest of the world. This incredible guy sacrificed himself by returning to Russia after being poisoned,” Pavelec said, the AP reported. Navalny was poisoned with a nerve agent, received treatment in Germany, returned to Russia and was immediately arrested.

The demonstration occurred in a square authorized for protest activity during Biden’s meeting with Putin, according to the AP. The leaders are expected to discuss human rights abuses in Russia, including in Navalny’s case, and the war in Ukraine.

“We are the fruits of the labor of Vladimir Putin. If Russia had a working civil society, we wouldn’t even exist as civil activists. We would have a democracy and we would merely be working for the betterment of our society,” Russian protest organizer Andrey Zaitsev said, the AP reported.

“All of us are united in one matter or another, chiefly because of Vladimir Putin,” Zaitsev added, according to the AP.