Palestinian support for the U.S. designated terrorist organization Hamas has spiked following the most recent Israeli-Gaza conflict, a poll released Tuesday by a Palestinian nonprofit showed.

The study was released by the Palestinian Center for Policy and Survey Research, which has been cited by various reputable outlets including Reuters, The Wall Street Journal and The New Yorker. The center interviewed 1,200 Palestinians in-person in the West Bank and Gaza area between June 9-12. The margin of error for the study is +- 3%.

Support for Hamas and willingness to vote for the terrorist group increased “dramatically,” with the group finding Hamas’ leader Ismail Haniyyeh would likely “deliver an unprecedented victory” over President Mahmoud Abbas if an election were held at present.

“Perhaps most importantly, a majority of the Palestinians think that Hamas is more deserving of representing and leading the Palestinian people while a small percentage thinks Fatah under Abbas’ leadership is the one who deserves to do that.”

Abbas is the leader of the Fatah party, which is a rival party to Hamas. (RELATED: American Children Watch SpongeBob SquarePants. Here’s What Hamas’ Terror Cartoons Look Like) 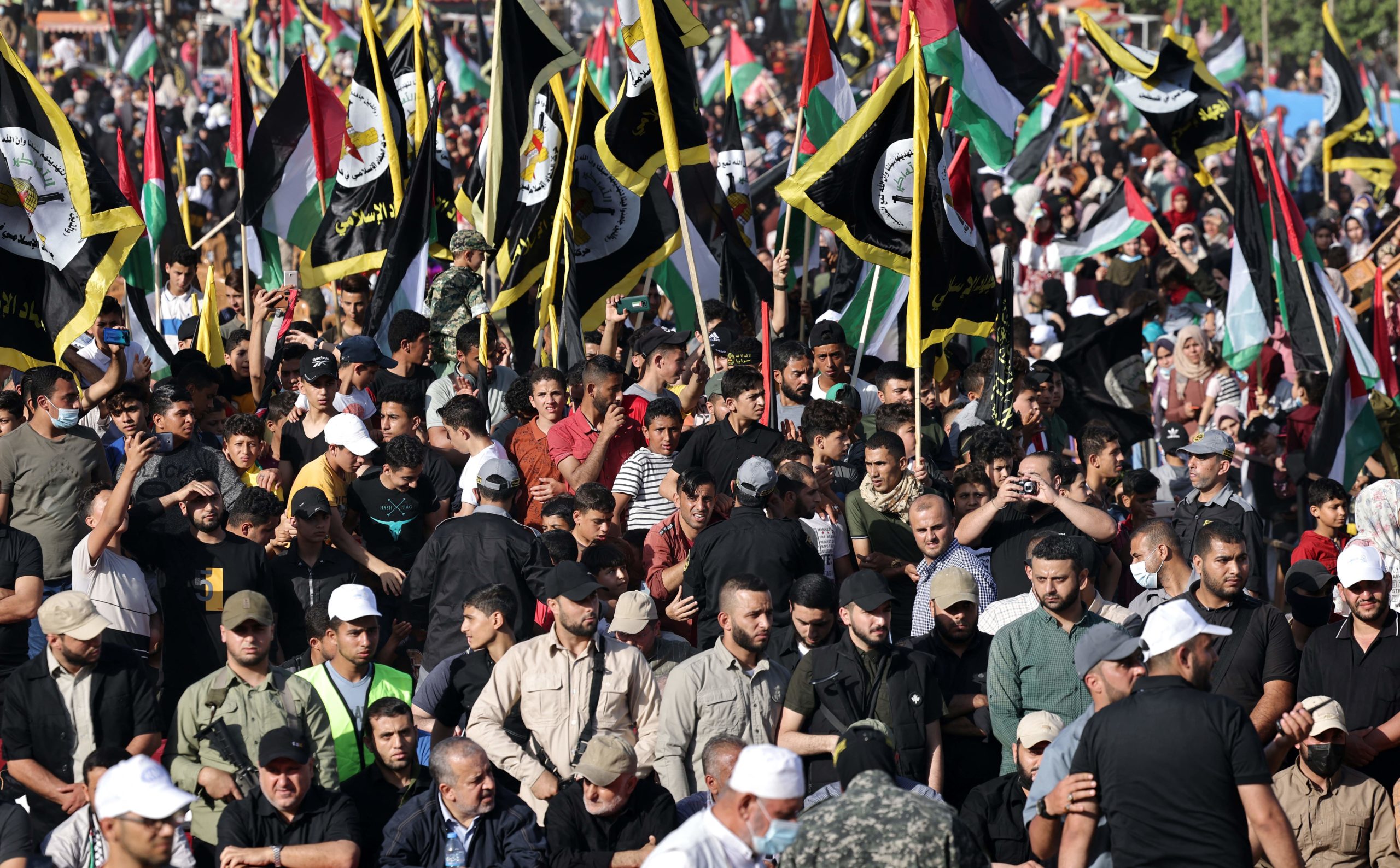 Supporters of the Saraya al-Quds Brigades, the armed wing of the Palestinian Islamic Jihad movement, gather to watch them parade in the streets of Gaza City on May 29, 2021, more than a week after a ceasefire brought an end to 11 days of hostilities between Israel and Hamas. (THOMAS COEX/AFP via Getty Images)

Abbas called off the first election in 15 years in April, claiming Israel refused to allow voting to take place in East Jerusalem, according to the AP. Some have suggested, however, that Abbas’ Fatah party was worried it would lose to Hamas as it did in Gaza in 2006, the AP reported.

Approximately two-thirds of those surveyed disagreed with Abbas’ decision to cancel the election.

The poll also found support for “armed confrontations and intifada rose sharply to 60%” and among those polled. It also found 77% believed Hamas was the winner in the 11-day conflict between Gaza and Israel.

The Palestinian Center for Policy and Survey Research noted, however, the findings are not unusual and that the opinions expressed are similar to sentiments expressed after similar Israeli-Hamas conflicts.

Israel and Hamas agreed to a ceasefire after 11 days of fighting. Hamas began indiscriminately firing rockets at Israel after Palestinians and Israeli security forces clashed at the Al-Asqa mosque in Jerusalem.