The U.S. and the European Union formally established the Trade and Technology Council (TTC) Tuesday during a joint summit in Brussels to coordinate on trade and technology issues and counter China’s growing influence in those areas.

Both the U.S. and E.U. committed to renewing the Transatlantic partnership in a joint statement. The TTC is not only intended to strengthen trade, investment and technological cooperation between the U.S. and E.U. but to also advance shared democratic values and respect for human rights.

The joint statement noted the TTC will also “kick-start” a cooperative agenda on matters such as emerging technologies and global supply chains. President Joe Biden’s administration announced last Tuesday it was setting up a “supply chain trade strike force” focused on shoring up supply chains in key industries such as semiconductors and electric vehicle batteries. 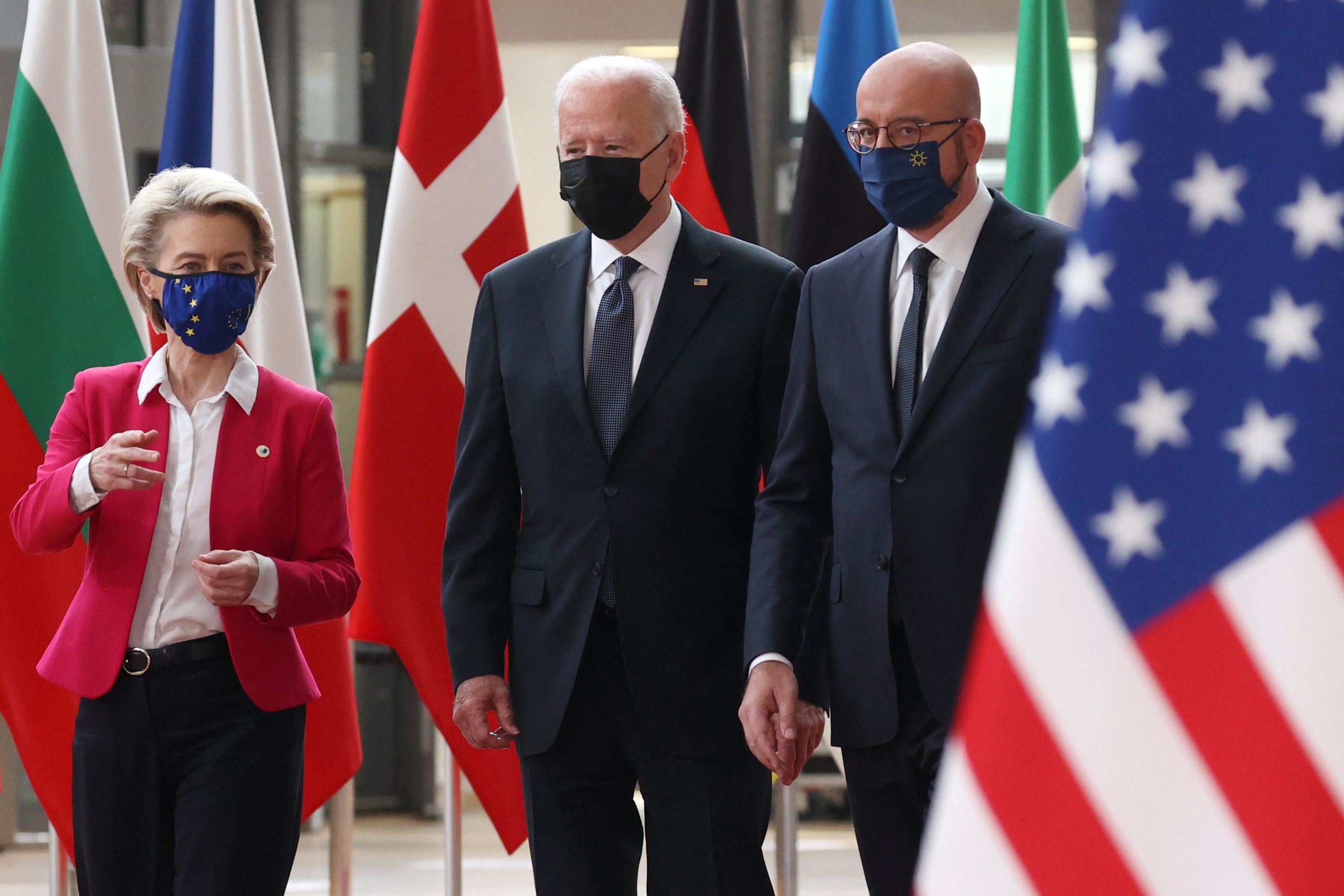 The TTC will consist of working groups to address specific issues related to trade and technology, the European Commission noted in a statement. The council will be co-chaired by Secretary of State Antony Blinken, Commerce Secretary Gina Raimondo and U.S. Trade Representative Katherine Tai.

“The notion here is that the United States and Europe laid the foundation for the world economy after World War II and now have to work together to write the rules of the road for the next generation, particularly in the areas of economics and emerging technologies,” a senior Biden administration official told reporters Monday ahead of the joint summit.

The official also told reporters the TTC would be important in countering the “significant challenge” of China’s growing influence in both trade and technology matters. They added the council would complement the president’s strategy of competing with China through coordination with democratic allies and partners. (RELATED: US To Call For New Coronavirus Origins Study With Europe)

“Dealing with China’s non-market practices, its economic abuses and, of course, its efforts to shape the rules of the road on technology for the 21st century will be an important part of the work of this council,” the official said.