Senate Majority Leader Chuck Schumer began the process of passing key parts of President Joe Biden’s infrastructure bill with a simple majority, even as bipartisan talks continue and a group of select senators announced their agreement on a basic legislative framework.

Schumer met with the 11 Democrats on the Senate Budget Committee Wednesday, where they discussed in part beginning a process known as reconciliation that skirts the Senate filibuster and could create a pathway to pass parts of the infrastructure plan to which Republicans are uniformly opposed.

Ten senators — five from each party — have simultaneously continued talks after compromising on a proposal totaling approximately $1.2 trillion over eight years. Half of that is expected to be new spending, with the overwhelming majority of it going towards roads, waterways and other physical infrastructure.

A supplemental bipartisan group of 20 senators split equally by party also agreed on an infrastructure framework Tuesday amid Schumer’s meeting, though they provided few details.

“We support this bipartisan framework that provides an historic investment in our nation’s core infrastructure needs without raising taxes,” they said in a joint statement. “We look forward to working with our Republican and Democratic colleagues to develop legislation based on this framework to address America’s critical infrastructure challenges.”

Liberal Democrats, however, have rejected a narrower plan as insufficient, with some threatening to oppose any bill that omits climate change mitigation measures and tax increases on the rich and corporations.

“There are members with very justified views, whatever you can do bipartisan, you should try,” Schumer told reporters Tuesday. “But alongside that is the view that that won’t be enough.”

“There are large numbers of people in our caucus – and I sympathize with this – who will not vote for a bipartisan bill unless they’re quite certain what’s going to be in reconciliation,” he added. (RELATED: White House Sets Deadline For Senators Discussing Bipartisan Infrastructure Plan) 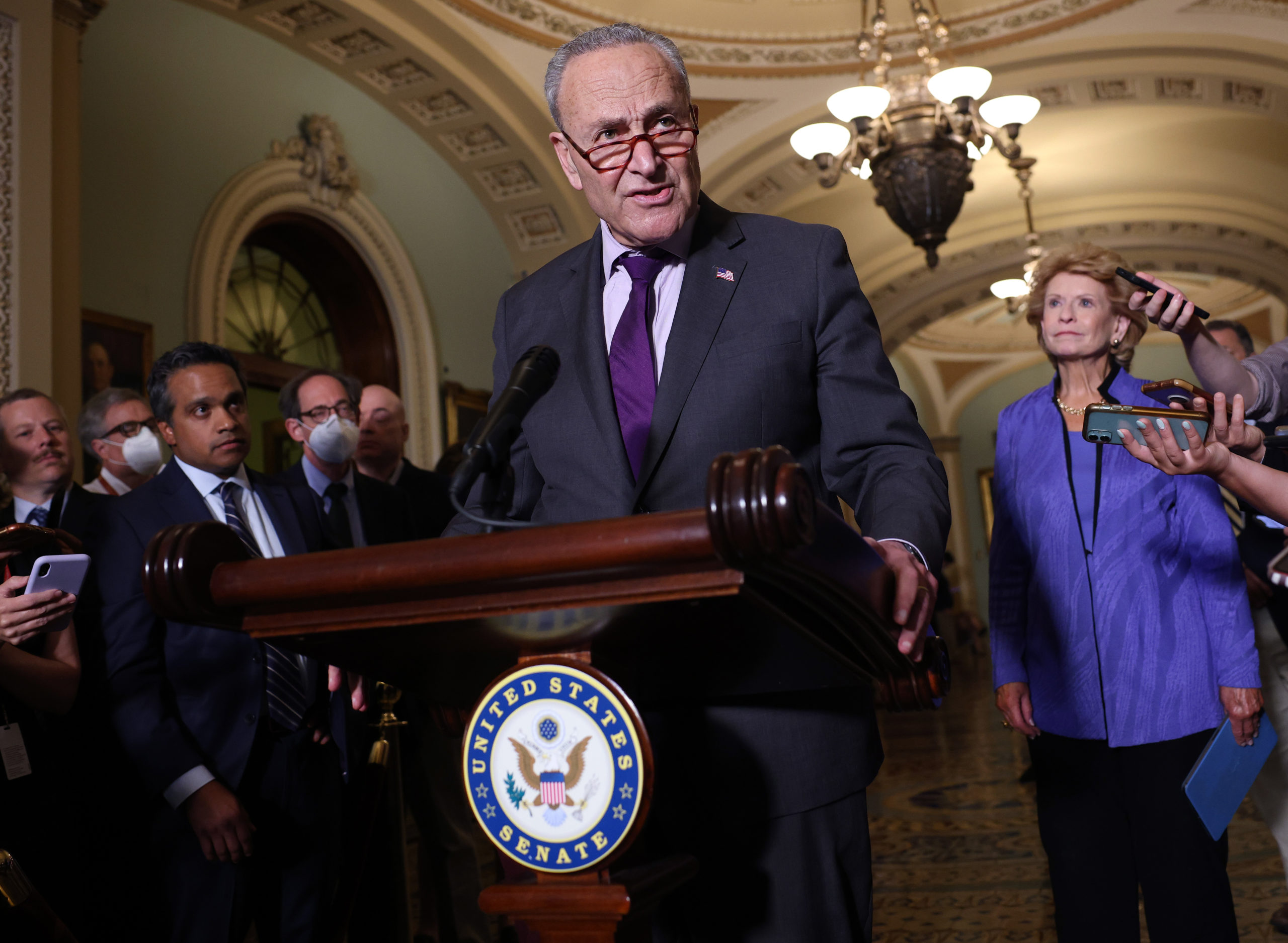 Even with Schumer’s move, it remains unclear whether the bipartisan package or reconciliation package have enough respective support to pass.

Though a future reconciliation package would need just a simple majority to advance moderate Democratic senators like Joe Manchin of West Virginia and Kyrsten Sinema of Arizona have expressed skepticism to rushing through a partisan package and have instead urged bipartisanship. It also remains unclear whether additional Republicans or liberal Democrats would sign onto the bipartisan framework reached Wednesday infrastructure package, since most are opposed to new spending and are adamant about certain provisions that could be excluded.

Both Manchin and Sinema’s offices did not immediately respond to an inquiry over whether they supported Schumer’s move, and whether they would possibly support a reconciliation package.