President Joe Biden’s approval rating dropped below 50% for the first time since his inauguration, according to a Wednesday poll from Monmouth University.

Biden approval down 6 points in one month, per Monmouth (48%). Headline goes another way: https://t.co/JHVuZTtdEq

Less than half of respondents who approve of the legislation believe Biden’s plans should be passed as-is, however. (RELATED: Lindsey Graham: Path To GOP Victory In 2022 Is To ‘Get Behind President Trump’) 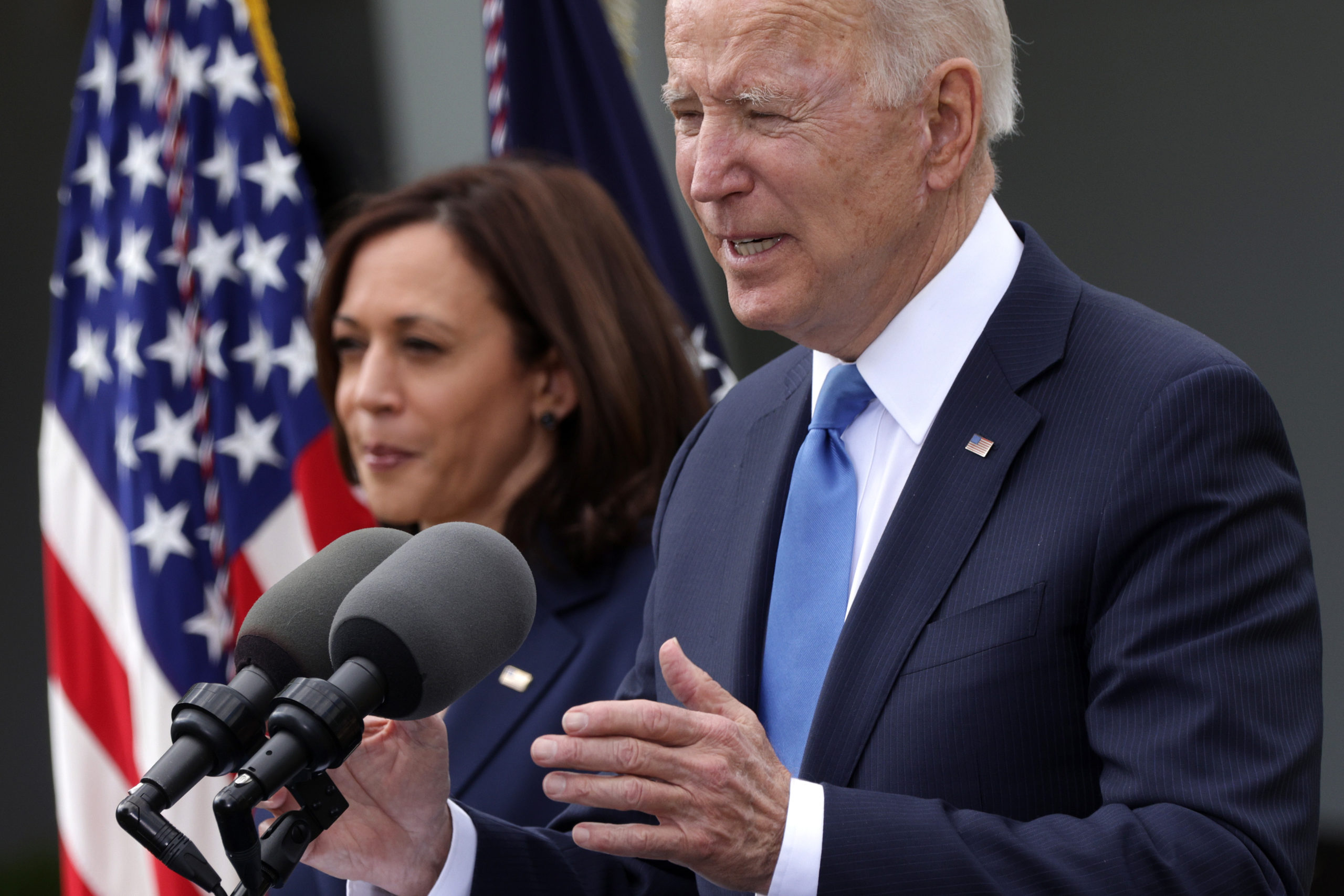 U.S. President Joe Biden delivers remarks on the COVID-19 response and vaccination program as Vice President Kamala Harris listens in the Rose Garden of the White House on May 13, 2021 in Washington, DC. (Alex Wong/Getty Images)

Biden continues the trend of polling lower than average for presidents at this stage of their term.

The average approval ratings for the past 14 U.S. Presidents at the same stage as Biden’s presidency have polled around 66%, according to ABC News. Only former President Donald Trump and President Gerald Ford polled lower. (RELATED: G-7 Summit Parrots Familiar ‘Build Back Better’ Message As Talks Kick Off)

The new polling coincides with a bumpy immigration tour from Vice President Kamala Harris, as well as Biden’s trip to the G-7 summit in the UK. While some criticized some video clips of Biden, his trips to the U.K. and Brussels were largely considered policy successes.