In a response filed on Thursday, Judicial Watch lawyers reiterated their call for a preliminary injunction to stop Lightfoot from possibly adopting such policies in the future. Her policy, adopted on May 19, barred white reporters from interviewing her. The response also points out that the mayor has not denied that her race-based interview policy applied to Catenacci’s interview request.

U.S. District Judge John Z. Lee ordered Lightfoot’s office to clarify its policy during a court hearing on June 7, and the office subsequently said that the policy was only in effect for two days.

“What we saw [during the hearing] … was a really encouraging sign,” Catenacci said last Friday. “Essentially, the judge ordered the mayor and the city to state on the record and present to the court its [clarified] policy.”

“What that means is that the city will have to say, ‘Yes, for one day we did discriminate based on race.’ And then from that point forward we’ll see what they give the court,” Catenacci said.

“Mayor Lightfoot seems to be out of control,” Judicial Watch president Tom Fitton said. “The court should issue an immediate injunction because the mayor cannot be trusted to stop discriminating based on race.”

Lightfoot described the suit against her as “frivolous” ahead of her office’s clarification, saying that she would have used a “more colorful term” had she not been on live television. (RELATED: Member Of US Commission On Civil Rights Blasts Lightfoot’s Policy Barring White Journalists From Interviews) 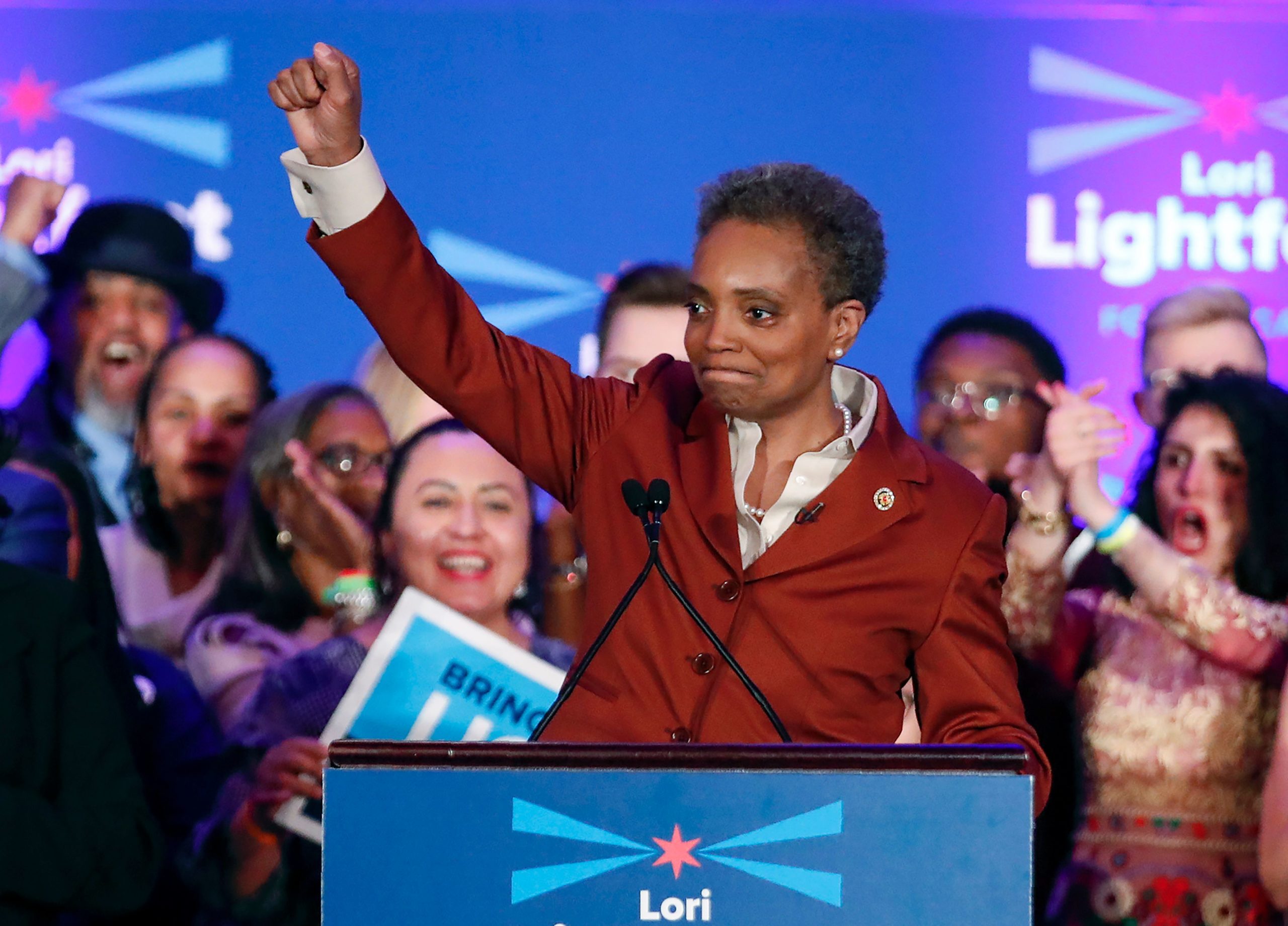 Lori Lightfoot speaks being elected as the next mayor of Chicago, Illinois on April 2, 2019. (KAMIL KRZACZYNSKI/AFP via Getty Images)

Lightfoot’s policy has been widely condemned, including by journalists of color.

One Latino reporter at the Chicago Tribune who was set to interview Lightfoot backed out of the interview after the mayor refused to rescind her policy.

“I asked the mayor’s office to lift its condition on others and when they said no, we respectfully canceled,” Tribune reporter Gregory Pratt wrote on Twitter. “Politicians don’t get to choose who covers them.”