Jong Un warned about the “tense” food situation brewing in the nation as a result of flooding, the pandemic and international sanctions, The New York Times (NYT) reported, citing North Korean news agencies.

“In particular, the people’s food situation is now getting tense as the agricultural sector failed to fulfill its grain production,” Jong Un was quoted as saying, according to the NYT. “It is essential for the whole party and state to concentrate on farming.”

The United Nations’ Food and Agriculture Organization warned in a new report the nation is expected to see a food shortage of approximately 860,000 tons, which is equivalent to 2.3 months worth of food.

“If this gap is not adequately covered through commercial imports and/or food aid, households could experience a [sic] harsh lean period between August and October 2021,” the report stated. 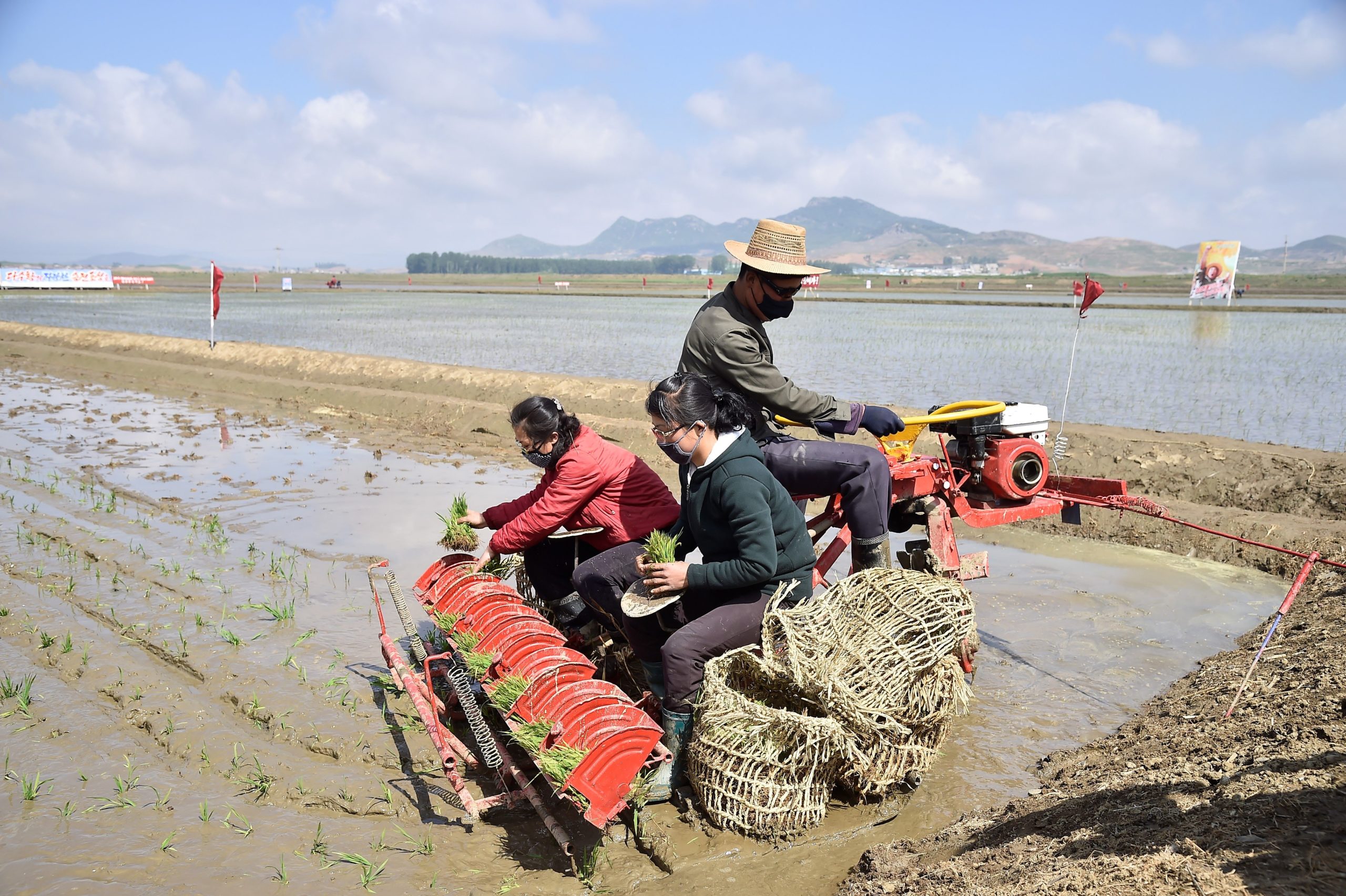 Workers plant rice at the Chongsan Cooperative Farm in the Kangso district of Nampho City on May 12, 2020. (KIM WON JIN/AFP via Getty Images)

A kilogram of bananas — which is approximately 7 bananas — costs $45 in the country, according to BBC. (RELATED: Kim Jong Un Appears To Have Dropped Some Pounds)

After the coronavirus pandemic began, North Korea suffered an economic blow when China suspended all trade with the country. Meanwhile, farmers in North Korea were ordered in May to donate two liters of urine daily to make fertilizer due to a shortage, according to Radio Free Asia.