A spokesperson for the Dallas Police Department told the Daily Caller News Foundation Thursday the Texas city has seen an increase in gang-related offenses.

The Dallas Police Department recorded more than twice as many assaults so far in 2021 compared to the first five months of last year, including 425 gang-related assault offenses, nearly 350 reports of aggravated assault and 16 instances of intimidation in 2021, according to data provided to the DCNF. Two sexual offenses, including rape and assault with an object, were recorded along with one incident involving manslaughter.

“We have seen an increase in gang-related offenses overall,” a Dallas Police Department spokesperson told the DCNF. “The Gang Unit is looking to increase personnel in the unit soon so that we may be able to slow the increase.”

“We are currently focusing on shootings and analyzing the relationship to gangs, and we are working to get the shooters and the guns off the streets,” the spokesperson added. 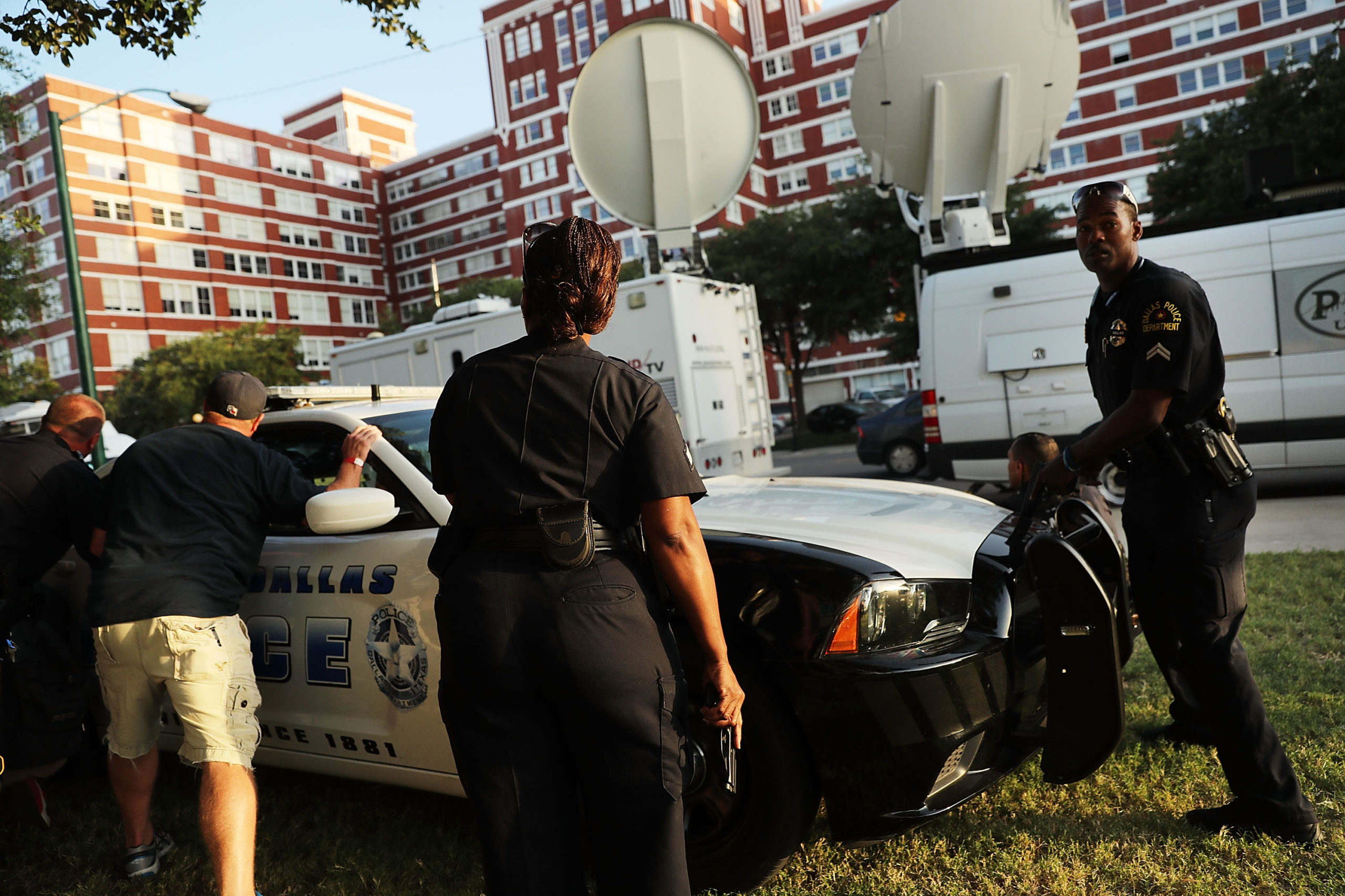 Police take cover run near the Dallas police department’s headquarters after a man was spotted standing on the ledge of a building. (Photo by Spencer Platt/Getty Images)

The Dallas Police Department recorded 13 more robberies in 2021 than all of 2020, according to data provided to the DCNF. Officials also reported 18 narcotics violations and six weapons law violations affiliated with gang activity this year, up from zero recorded in 2020.

Law enforcement officials reported six gang-related homicides in 2021, up from five during the same period in 2020, according to data provided to the DCNF. (RELATED: 2 Officers Shot In Dallas, 2 People Found Dead)

Over 400 law enforcement officials with the Dallas Police Department, FBI and DEA participated in a joint operation targeting gangs, drugs and violent crime that resulted in multiple arrests on June 10, a CBS affiliate reported.

Law enforcement officials reported a 14% increase in violent crimes from 2018 to 2019 and an additional 5% increase from 2019 to 2020, according to the Dallas Police Department’s 2021 Violent Crime Reduction Plan. Officials found instances of violent crime were concentrated in multiple small areas of the city.

Aggravated assaults increased 7%, incidents of domestic violence were up around 13% and gang-related crimes increased every month compared to the same timeframe in 2020, NBC DFW reported. Homicides in April increased nearly 30% from the same time last year totaling 68 incidents by the end of the month.