West Virginia Democratic Sen. Joe Manchin’s proposed framework includes both Democratic and Republican priorities, including outlawing partisan gerrymandering, adopting voter ID, expanding early voting and limiting no-excuse absentee voting. But any voting bill needs 60 votes to overcome a Senate filibuster, meaning that 10 Republicans would have to vote in favor even if every Democrat supports it.

“Senate Democrats seem to have reached a so-called ‘compromise’ election takeover among themselves,” McConnell said during weekly his Senate Republican leadership press conference. “In reality, the plan endorsed by Stacey Abrams is no compromise.” (RELATED: Manchin Meets With Republicans In Hope Of A Compromise On Voting Rights) 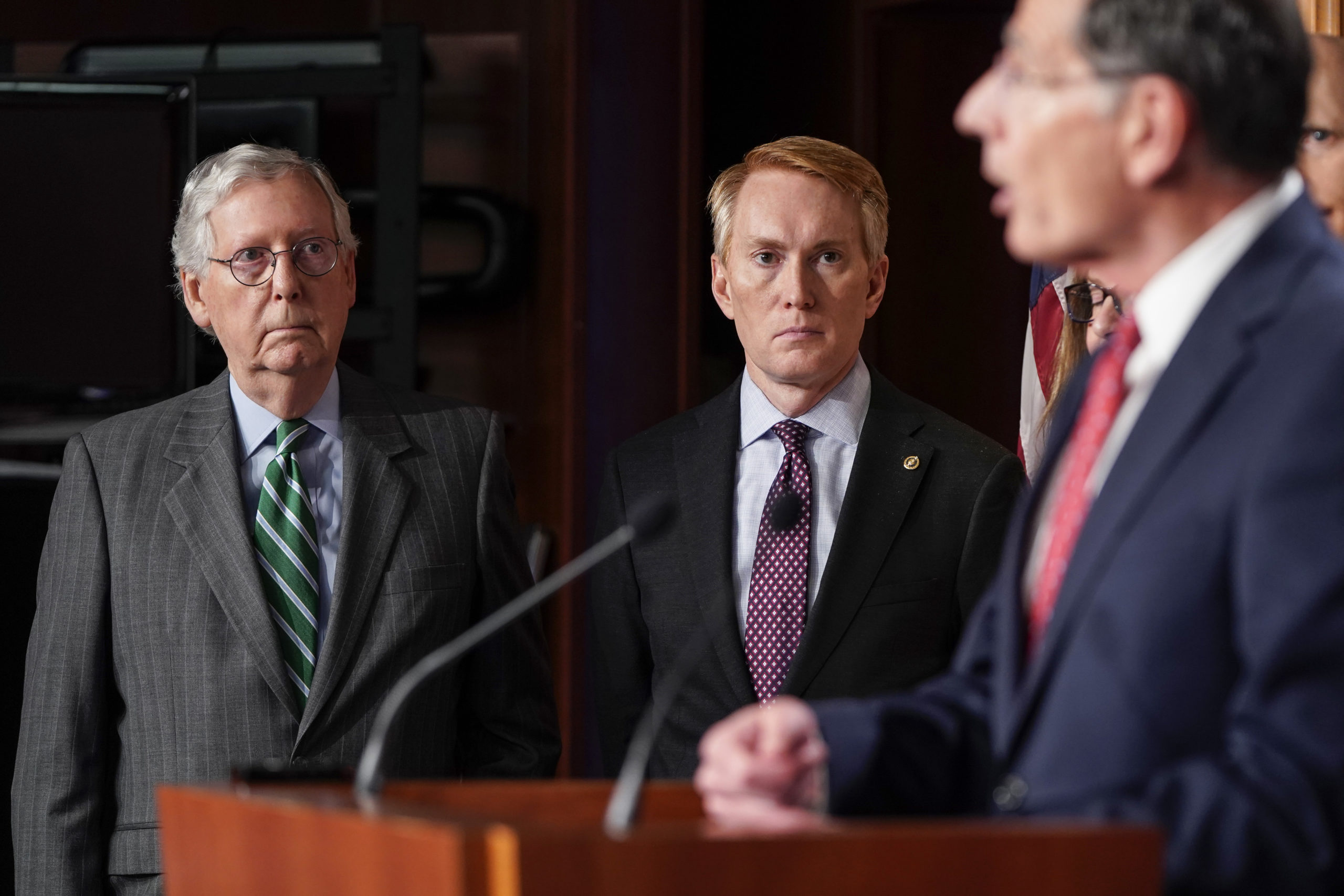 Abrams came out in support of Manchin’s plan Thursday, saying that she supported his provisions allowing for alternative forms of ID like utility bills to be used.

“What Sen. Manchin is putting forward are some basic building blocks we need to ensure that democracy is accessible no matter your geography,” Abrams said. “Those provisions that he is setting forth are strong ones that will create a level playing field, [and] will create standards that do not vary from state to state.”

McConnell, however, disagreed: “It still subverts the First Amendment to supercharge cancel culture and the left’s name-and-shame campaign model. It takes redistricting away from state legislatures and hands it over to computers.”

“It still retains S1’s rotten core,” he added. “An assault on the fundamental idea that states, not the federal government, should decide how to run their own elections.”