A group of young, homeless New Yorkers are slated to receive $1,250 in cash each month no-strings-attached in a public-private partnership aimed at getting people off the streets.

The Trust Youth Initiative will give approximately 30-40 homeless New Yorkers between the ages of 18-24 $1,250 per month for up to two years to “build actionable evidence” about how to end youth homelessness. The initiative is placing a special emphasis on black, indigenous, latino and LGBTQ youth.

A 2019 study by Chapin Hall, which is part of the initiative, found 95% of homeless New York City youth are people of color.

The participants can be paid through Venmo, PayPal, and other options and can also request “a larger upfront payment to get into housing,” City Hall said. The program will also offer services to support the participants like financial coaching, housing navigation and peer support.

“The project’s flexible approach aims to improve young people’s stable housing and well-being by providing the means to afford the types of housing they choose and the support to make investments in their own goals, education and career development,” City Hall said. (RELATED: Newsom Wants To ‘End Family Homelessness Within Five Years’ By Throwing $12 Billion At It)

“A recovery for All of Us requires embracing innovating solutions to our most pressing challenges,” Democratic Mayor Bill de Blasio said. “The direct cash transfer study … will help uplift young people and reinforces our commitment to ending youth homelessness once and for all.” 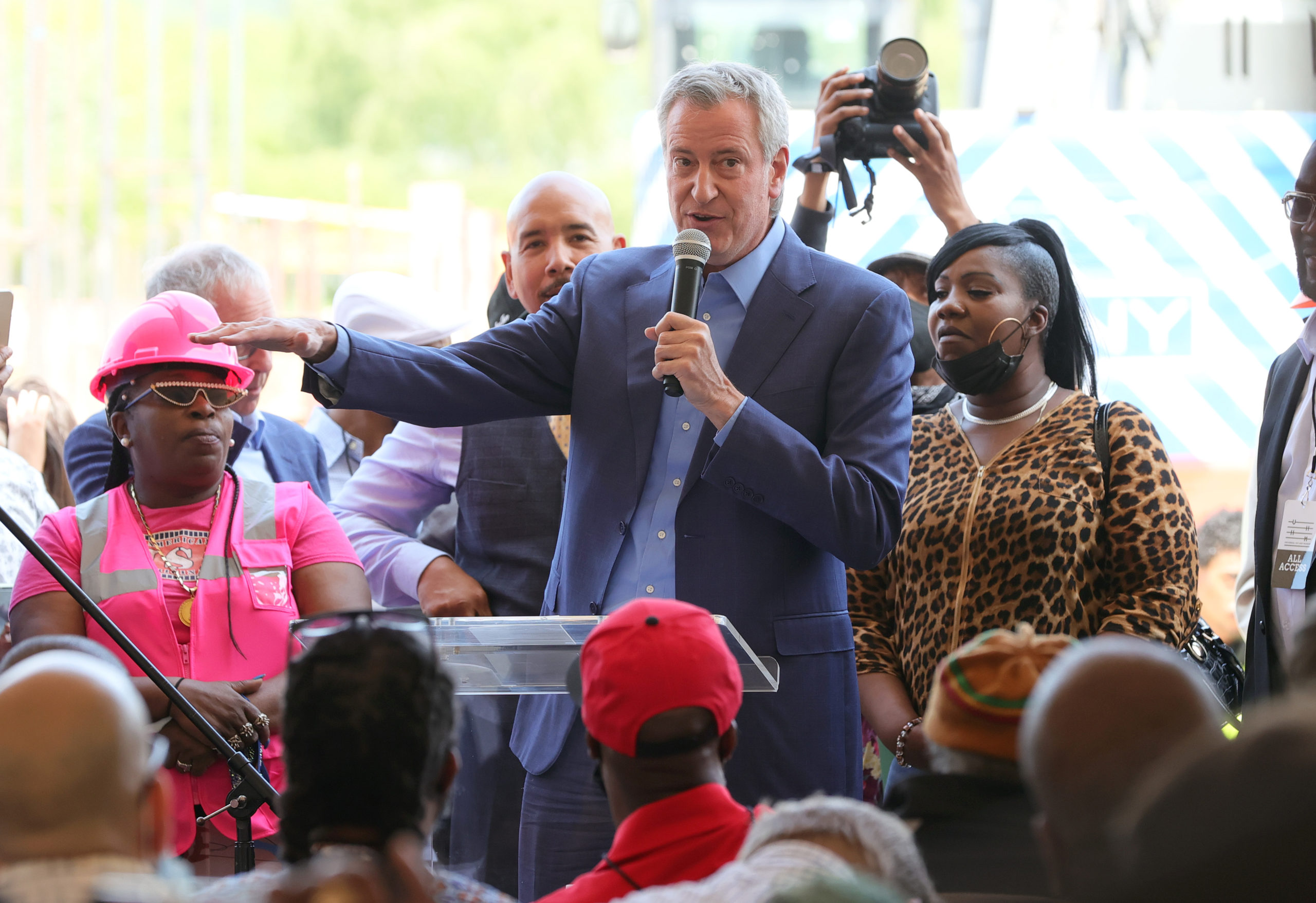 The initiative, which is funded partially by the city and public organizations, aims to make housing for homeless youth more available and affordable.

The groups leading the initiative will then complete a “rigorous evaluation” after the program ends to “compare the outcomes and experiences of young people in the project to young people who receive smaller stipends for completing surveys” and have used homeless shelters and other housing programs.

After the first year of evaluation, the program will expand the program to more youth for up to three years depending on the outcome and findings.

“Providing direct financial assistance with support to young people has the potential to empower them to make investments in their own success while helping to counter racial inequities stemming from legacies of injustice.”

The project is estimated to cost $2.5 million, with the Mayor’s Office for Economic Opportunity contributing to $300,000 and the rest coming from nonprofit and organizations, according to Bloomberg.