Over 70 companies signed on to a letter Monday in support of the For the People Act, a voting bill proposed by Democrats seeking to reform large parts of the electoral process.

The letter called on the Senate to pass the voting bill, calling it “one of the most significant pieces of legislation to strengthen our democracy since the Civil Rights era” and condemning recent Republican voting legislation, The Hill reports. The letter was backed by a number of advocacy groups such as Vote.org and Michelle Obama’s When We All Vote

“More than 360 bills in 47 states have been introduced to put up barriers to silence our fellow Americans’ voices, especially the voices of Black, Brown, young, disabled, and working class voters,” the letter said. “The For the People Act would override many of the abusive state laws that make it harder for millions to cast their ballots, and set national standards for free and fair elections.”

“We applaud the House for passing the For the People Act, and urge the Senate to follow suit and do its part to protect our democracy,” the letter continued. (RELATED: US Corporations Critical Of Georgia Voting Bill Linked To ‘Nightmare’ Conditions In Chinese Factories, Forced Labor) 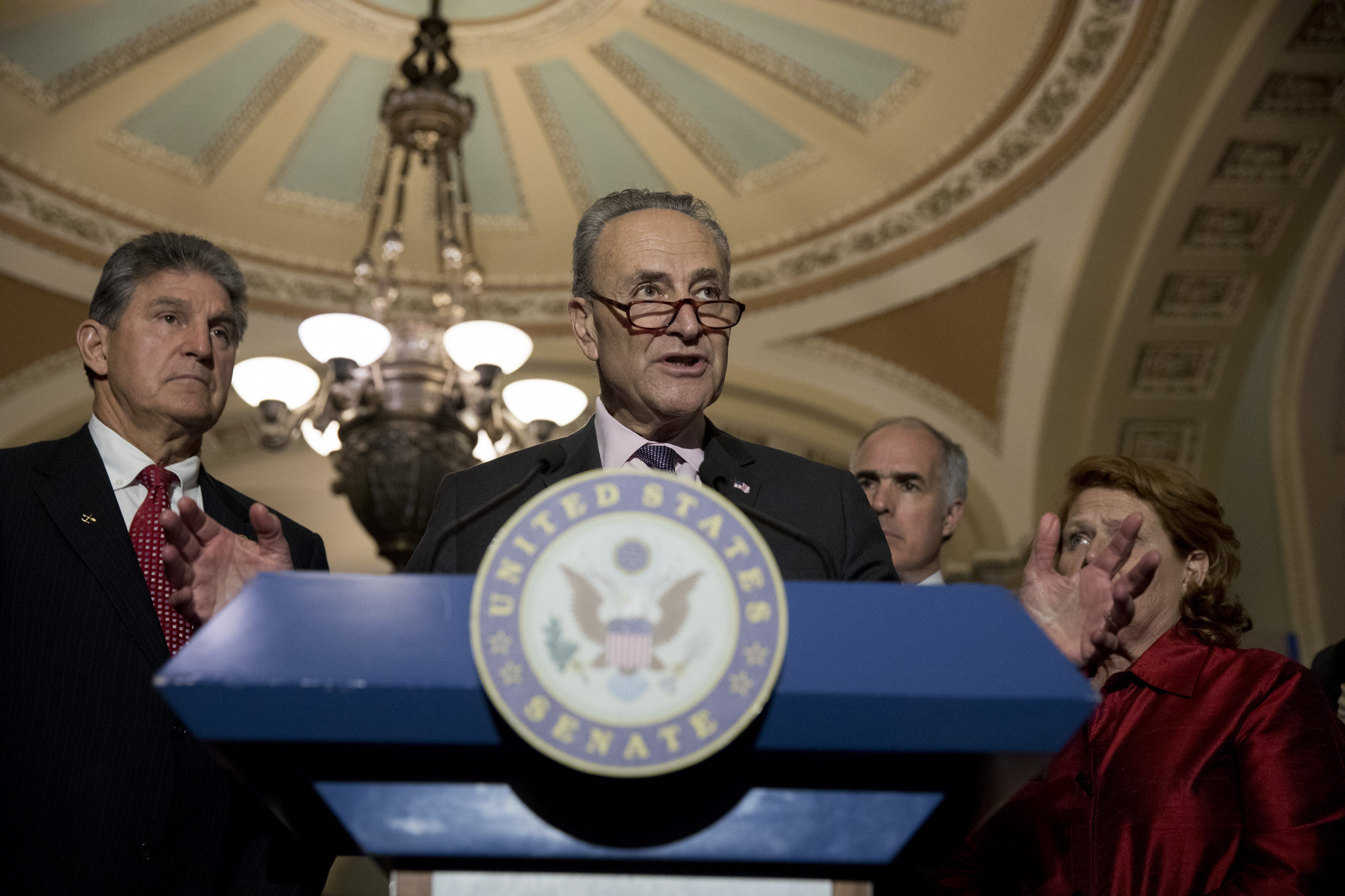 Sen. Chuck Schumer with Sen. Joe Manchin, two Democrats at the center of the clash over the For the People Act. (Photo by Aaron P. Bernstein/Getty Images)

The businesses backing the letter included Ben & Jerry’s, Bad Robot Productions, Tumblr, and The National Hockey League. The companies argued they had a responsibility to advocate for the rights of their employees by urging passage of the bill.

“We call upon our colleagues in corporate America to join us in taking a nonpartisan stand for a democracy that is inclusive of all Americans, and we stand united with the American people to re-imagine democracy for all,” the letter said. “Together, we can ensure our employees and communities can safely and freely cast their ballots so every voice is heard and our elections reflect the will of the people.”

The For the People Act, if enacted, would eliminate voter identification requirements, require states to implement automatic voter registration, expand mail-in voting, and loosen rules around third-party handling of ballots, among other provisions.

Businesses have previously come out against Republican voting legislation, with the passage of Georgia’s voting laws attracting condemnation from corporations and celebrities and prompting Major League Baseball to relocate its All-Star Game away from Atlanta.