The Biden administration announced plans Monday to allocate the remaining 55 million vaccine doses of the 80 million pledged worldwide by the end of June, the White House said in a press release.

The U.S. will share 75% of the 80 million doses through COVAX and 25% will be allocated to mitigate surges around the world, according to the statement. Earlier in the month, the administration announced plans for the first 25 million of the pledged 80 million vaccines, which come from the U.S.’s own vaccine supply. (RELATED: Biden Unlikely To Achieve July 4 Vaccine Goal As Jab Rates Plummet)

The administration recently bought 500 million doses of the Pfizer vaccine to donate to 92 low and middle-income countries to help with the effort and will work with American manufacturers to produce vaccines along with other G7+ nations to provide more than 2 billion vaccines worldwide, according to a press release.

“Already we have sent millions of doses to the world, including 2.5 million doses that arrived in Taiwan this weekend,” White House Press Secretary Jen Psaki said in a briefing Monday. 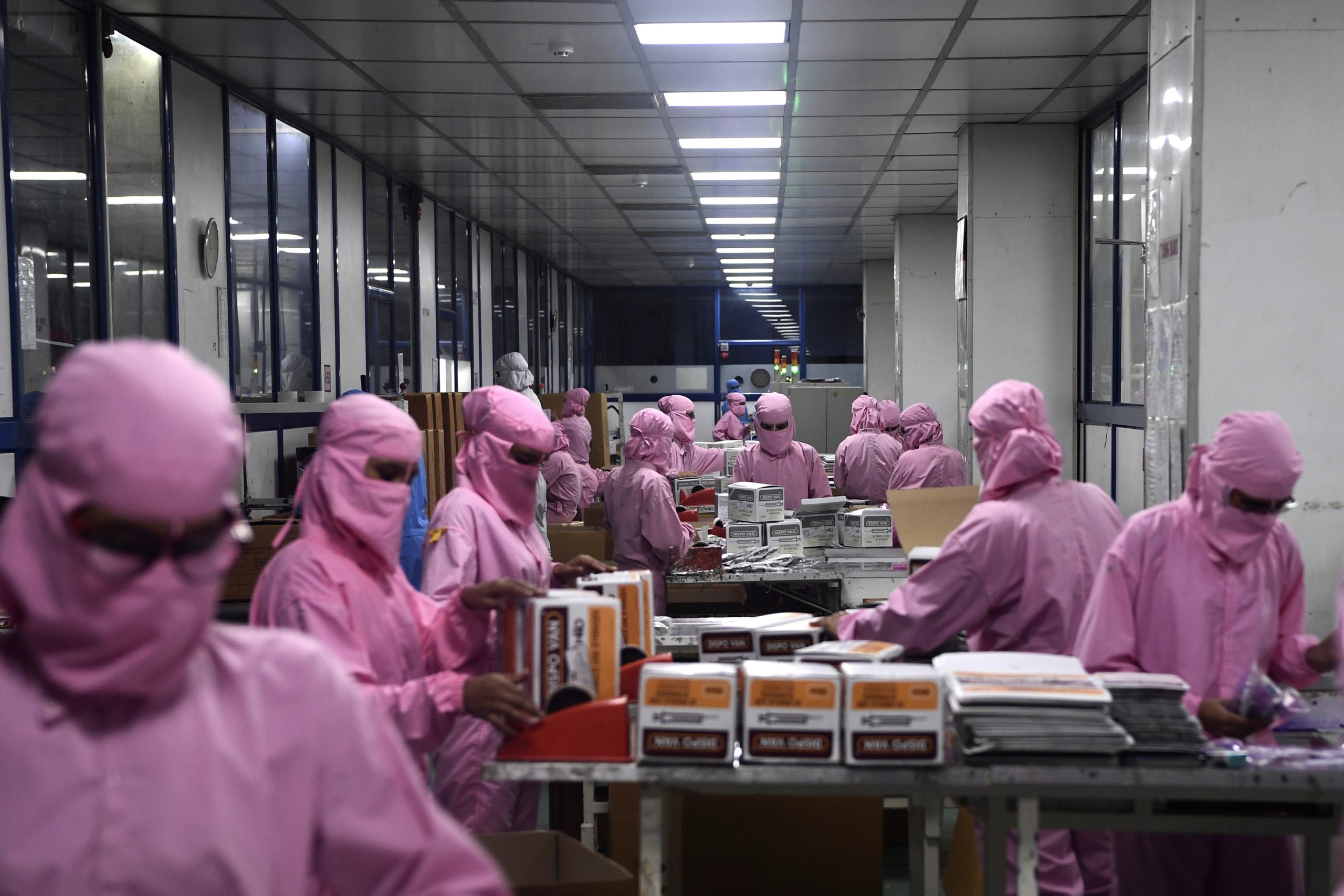 India’s biggest syringe manufacturer is ramping up its production to churn out a billion units, anticipating a surge in demand as the global race to find a COVID-19 coronavirus vaccine heats up. (SAJJAD HUSSAIN/AFP via Getty Images)

“Our goals are to increase global COVID-19 vaccination coverage, prepare for surges and prioritize healthcare workers and other vulnerable populations based on public health data and acknowledged best practice, and help our neighbors and other countries in need,” the statement said. “And, as we have previously stated, the United States will not use its vaccines to secure favors from other countries.”

President Joe Biden has directed the administration to use the U.S. government to protect individuals from the virus in the most efficient way possible, the statement says.

“The specific vaccines and amounts will be determined and shared as the administration works through the logistical, regulatory and other parameters particular to each region and country,” the White House said.