A majority of voters want President Joe Biden to enact tougher immigration policies to curb the amount of people illegally entering the country, according to a new poll exclusively obtained by The Hill.

Sixty-four percent of registered voters said in a Harvard CAPS-Harris Poll that Biden should “issue new, stricter policies to reduce the flow of people across the border,” The Hill reported. Thirty-six percent of voters said Biden should continue on his current path.

The poll surveyed 2,006 registered voters between June 15-17 and was an online sample drawn from the Harris Panel, according to The Hill.

Among those polled, 55% said Biden should have left immigration policies enacted under former President Donald Trump in place, according to the report. Forty-five percent of voters supported Biden rescinding the policies.

“The voters see the border as a growing problem and blame the Biden administration policies,” pollster Mark Penn said, according to The Hill. “The voters vastly underestimate the size of the problem and so once they learn it’s nearly 200,000 a month making illegal crossings their temperatures rise on this issue.”

“This is the administration’s greatest weakness right now,” Penn added. 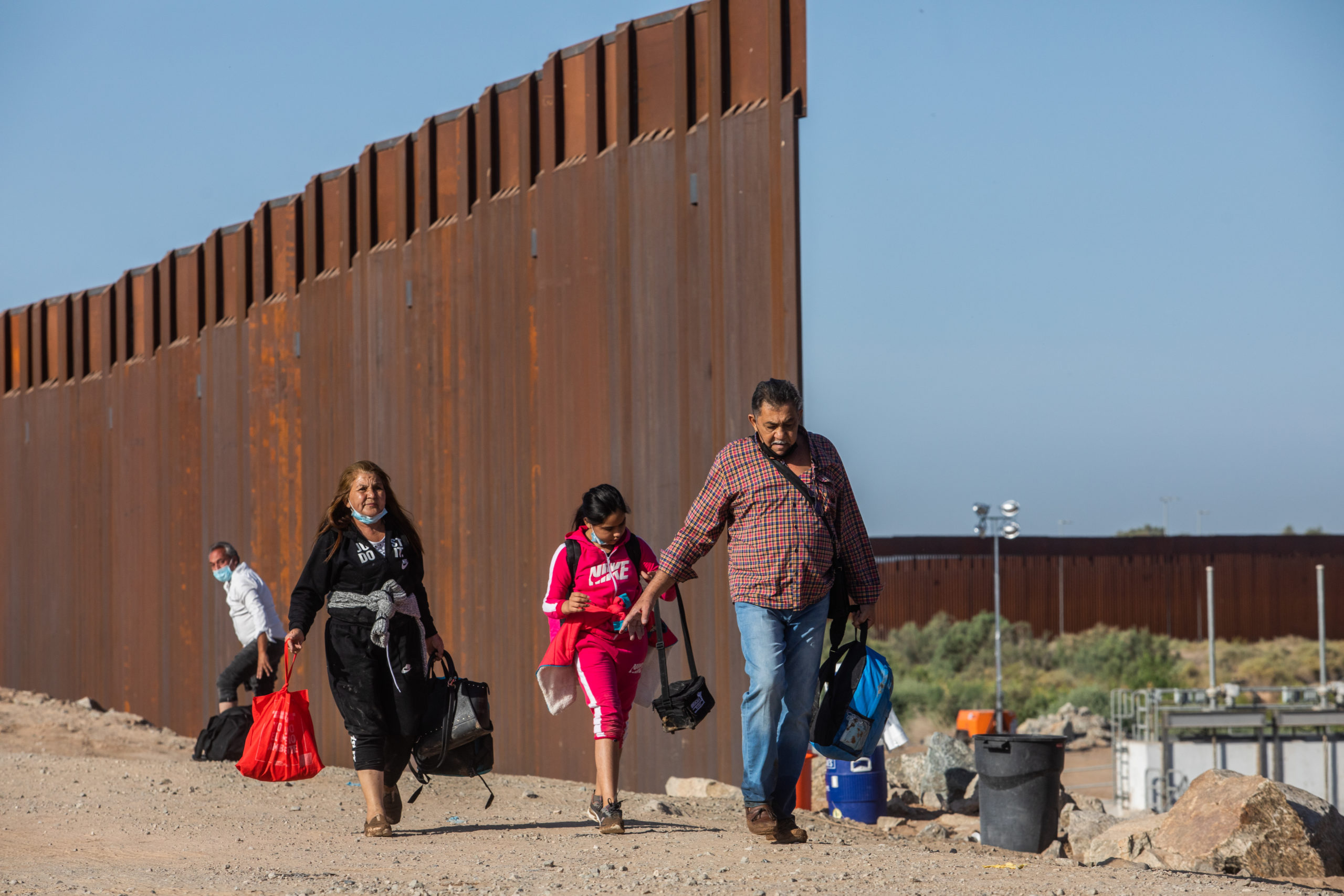 YUMA, AZ – MAY 13: A family of asylum seekers from Colombia walk through an opening in the wall at the US Mexico border to turn themselves in to US Border Patrol agents on May 13, 2021 in Yuma, Arizona. (Apu Gomes/Getty Images)

Upon taking office, Biden ended the “Remain in Mexico” policy, which required migrants seeking asylum to remain in Mexico while their claims were being processed. Biden later appeared to suggest he was considering bringing the policy back as the border crisis worsened but has yet to make any formal announcements.

Biden also ended construction of the border wall, claiming “building a massive wall that spans the entire southern border is not a serious policy solution.”

Biden also tried to enact a 100-day deportation moratorium which was later blocked by a Trump-appointed judge. Biden also formally ended Trump’s national emergency declaration at the southern border in February, claiming the declaration was “unwarranted.”

Sixty-seven percent of voters said those who entered the southern border illegally should be returned to Mexico, according to The Hill. (RELATED: Biden Administration Stops Fines For Illegal Immigrants Who Fail To Leave US, Cancels Their Debt)

White House officials are reportedly looking to end Title 42, which is a Trump-era health order that allowed border agents to turn families back to Mexico, according to Axios. Thousands of families, including asylum seekers, have been sent back to Mexico under the policy, which was introduced to protect the U.S. from more coronavirus cases, according to the report.

More than 350,000 migrants have been expelled under the policy in the past four months, according to Axios.

The administration has reportedly been advised to end the policy, which has come under criticism from immigration advocates, Axios reported.

The administration is worried, however, rescinding the policy could cause another surge of migrants, according to the report.